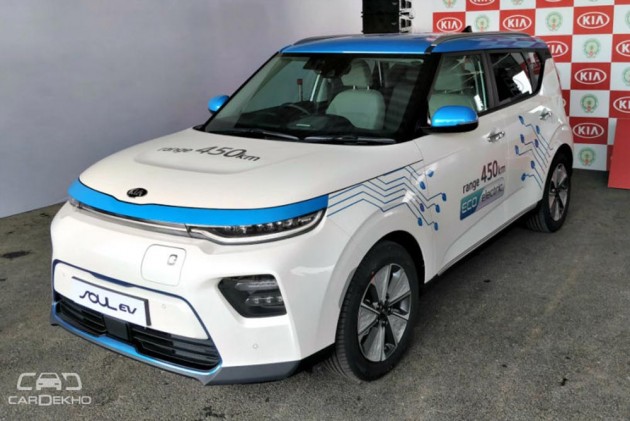 It has been a busy day for Kia in India as it officially began trial production of their upcoming debut product, the SP2i compact SUV, at its manufacturing facility in Anantapur, Andhra Pradesh. It also did a public handover of its new Soul EV all-electric hatchback to the Andhra Pradesh government as part of its MoU to assist the growth of electric mobility in the state.

Kia previously showcased the Soul EV in India at the 2018 Auto Expo, but this is the latest 2020 model which is a leap ahead of the previous generation in terms of technology.  The new Soul EV claims to offer a range of 450km on a full charge all thanks to a new lithium-ion polymer 64kWh battery pack. This new battery is quite similar to the one that is offered on the Hyundai Kona Electric, of which a smaller battery variant is scheduled to be launched in India later this year. The new Kia Soul EV has a performance rating of 204PS of power and 395Nm of torque from its electric motor. 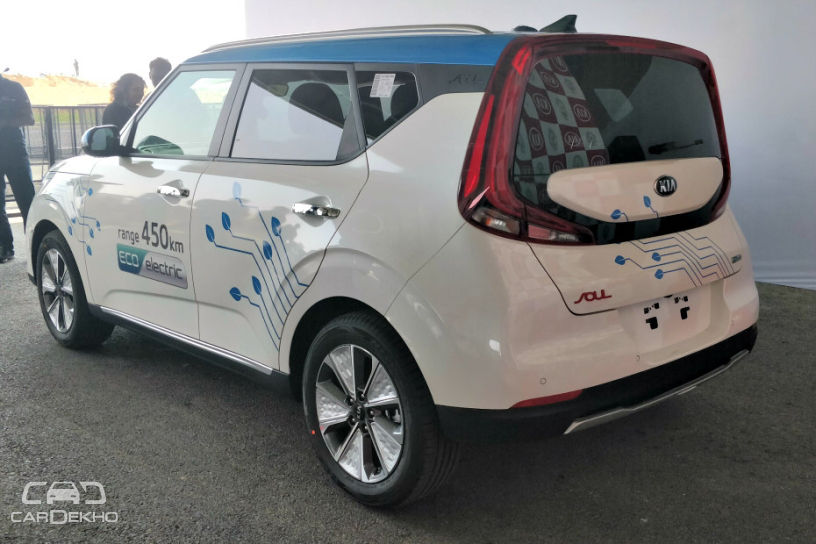 This new Soul EV hatchback will be the latest addition to the fleet of electrified vehicles that are being supplied to the local state government. It joins three electrified Niro compact SUVs - electric, plug-in hybrid and hybrid - which were handed over to the state government less than two months ago. While Kia India’s head of sales & marketing Manohar Bhat stated there is no plan for EV launches anytime soon, these two are the most likely candidates for when the time comes. In terms of infrastructure, Kia has already set up two EV charging stations at the Andhra Pradesh secretariat in Amaravati for the Niro and Soul.