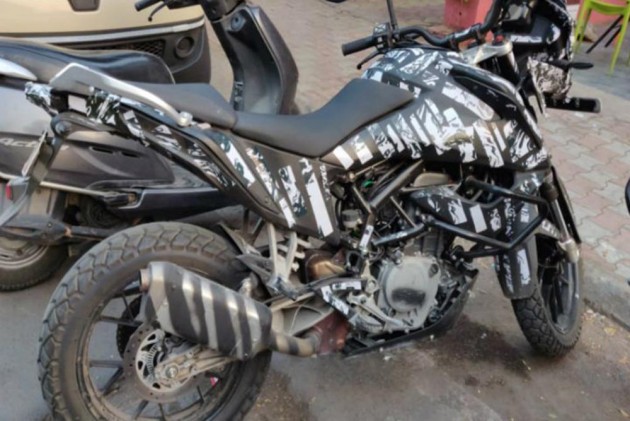 The much anticipated KTM 390 Adventure has been spotted on Indian soil for the first time. The KTM 390 ADV was spotted testing earlier this year in Europe and this is the first occasion that the test mule has been caught testing in India. KTM had earlier announced that it has plans to launch the new 390 ADV in India next year and we expect it to be officially launched in second half of 2019.

Coming back to the test mule, the one spotted in India is riding on alloy wheels, while the previous prototypes were seen running on spoke wheels and few motorcycles were spotted with alloy wheels only at the rear. This leads us to believe that the KTM 390 ADV will be offered in more than one variant at the time of launch. The standard variant will be the one similar to the bike spotted in India with comfier ergonomics, alloy-wheels and lower seat height. There could be a more hardcore off-road variant similar to the test bikes spotted in Europe with spoke wheels and knobby tyres. Another difference on the 390 ADV in comparison to the KTM 390 Duke is the larger exhaust muffler, which leads us to believe that this engine could comply with the upcoming BS VI emission norms. 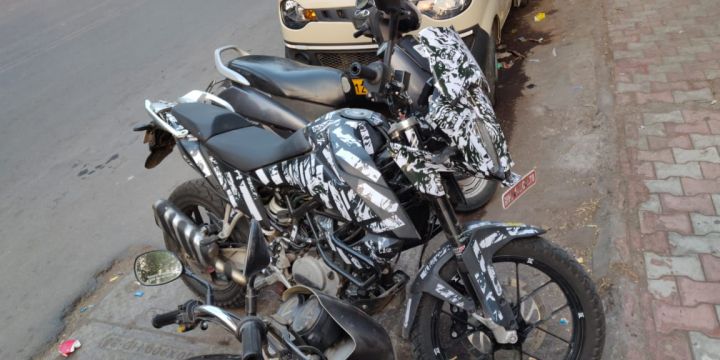 The trellis chassis is suspended on long travel USD fork and a monoshock unit. The long travel suspension has WP branding and it looks like an adjustable unit, as attested by the red adjustment knobs at the top of the forks. Another interesting details is the spindle offset on the front fork to reduce trail. This is due to the fact that the 390 ADV will run a larger front wheel, and the reduction in trail will help reduce steering effort, without compromising stability.

Braking hardware consists of disc brake on either ends with dual-channel ABS, which is likely to be switchable. It seems that the bike is running on 19-inch wheel at the front and a 17-inch unit at the rear, wrapped with dual purpose rubber. 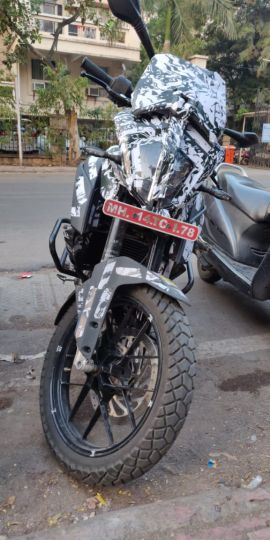 While test mule was heavily camouflaged, styling details look similar to the new 790 Adventure with sharp LED headlights, short windscreen and small plastic panels flanking the headlight for better aerodynamics. Moving further, we can see a sharp tank design with large extensions that are connected to the radiator shroud. Although it’s difficult to say what the fuel tank capacity of the 390 ADV would be, the tank itself doesn’t seem to be too large, which might hamper its overall range between fuel stops. The bike features split-seats and the tail section is simpler with an edgy centre panel and petite LED taillight. The grab rails are large and a carrier could be an optional accessory. 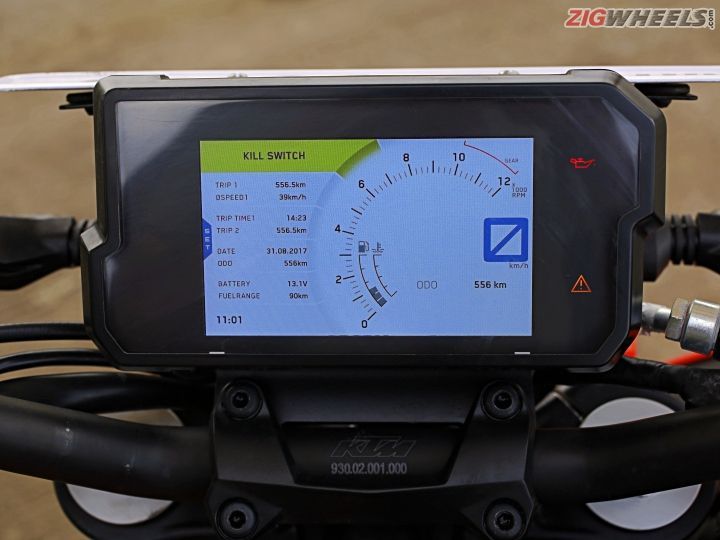 The test mule also was equipped with engine guards, belly cowl and serrated footpegs with removable rubber pads. Also, the triple clamp and handlebar mounts are quite different to that of the 390 Duke and the handlebar too seems wider. A TFT screen (similar to the current 390 Duke), Bluetooth connectivity, ride-by-wire throttle and the new switchgear as seen on the 390 Duke have been carried forward on the new 390 ADV. 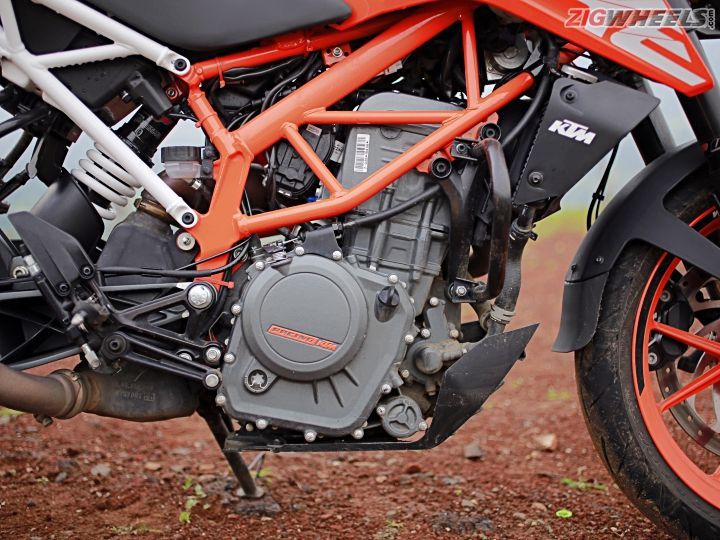 Powering the new adventure tourer offering will be the same 373cc, liquid-cooled single-cylinder motor as seen on the 390 Duke producing 43PS and 37Nm of peak torque. However, we expect the engine to be tuned to better suit its off-road characteristics. Also, it’s likely that the 6-speed transmission will have different gear ratios.

While KTM have been tight-lipped about launch and pricing details, we expect the 390 ADV to be launched in second half of 2019 with prices starting a shade under Rs 3 lakh (ex-showroom). It will compete against more expensive offerings like the BMW G 310 GS and the Kawasaki Versys X-300 in our two-wheeler market.