We get up close and personal with ‘The Scalpel’

After much fanfare, the KTM 790 Duke has officially reached our shores finally. Join us as we take a closer look at KTM’s new flagship for India.

The 790 Duke has massive presence and is sure to turn heads wherever it goes. The sharp rake angle, long tank extensions and mean-looking headlight give the Duke an aggressive stance. 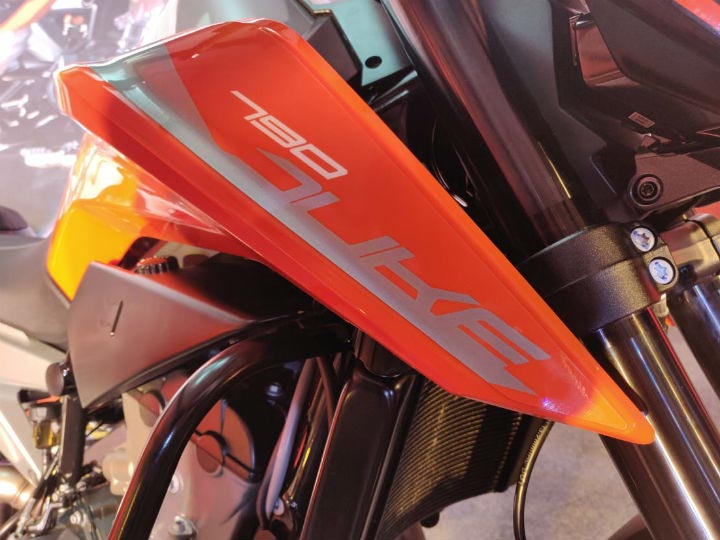 The long, sharp tank extensions give the Duke a combative, hunched-forward stance and help it live up to its nickname of ‘The Scalpel’. The fuel tank capacity is 14 litres, which thankfully makes it a little more reasonably sized than the units on the smaller KTMs. 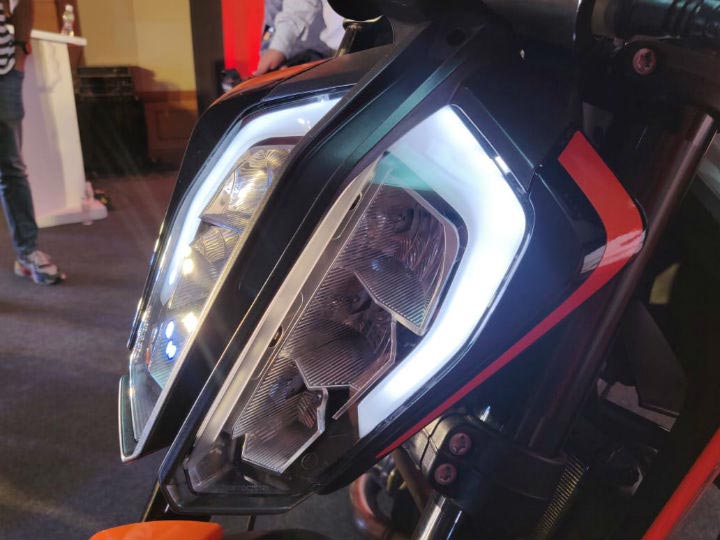 The LED headlight is flanked by the two ‘pincer’ LED DRLs, which makes it look like the 790 is always on the hunt for its next prey. This setup looks very similar to the unit seen on the smaller 390 Duke. 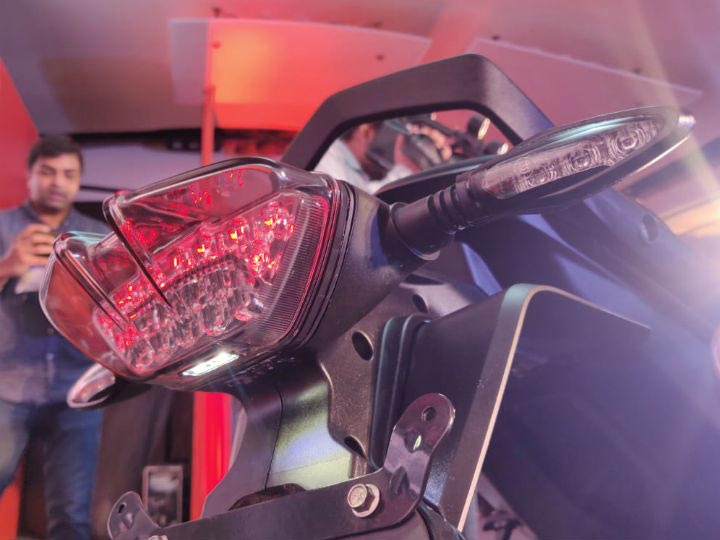 The tail-lamp is also an LED unit, as are all the turn indicators, meaning that the 790 Duke scores excellently in the lighting department. 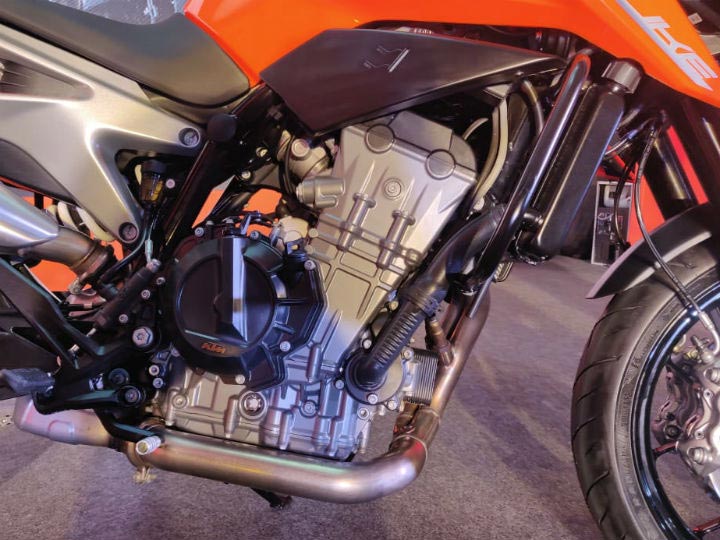 The heart of this Duke is KTM’s new 799cc LC8 engine churning out 105PS and 87Nm. This is the Austrian manufacturer’s first ever parallel-twin motor, and it will soon be updated next year to meet BS6 emission norms. 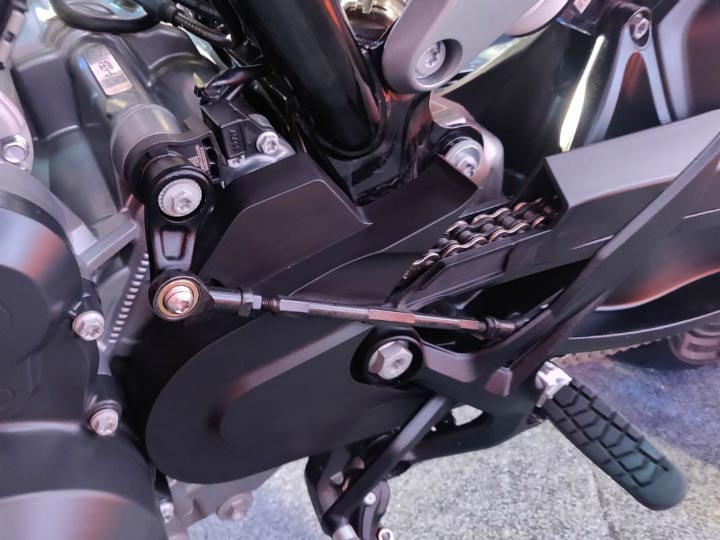 The engine is mated to a 6-speed gearbox whose party piece is in the form of a bi-directional quickshifter, a segment-first. To know more about how the 790 Duke stacks up against its competition, read here. 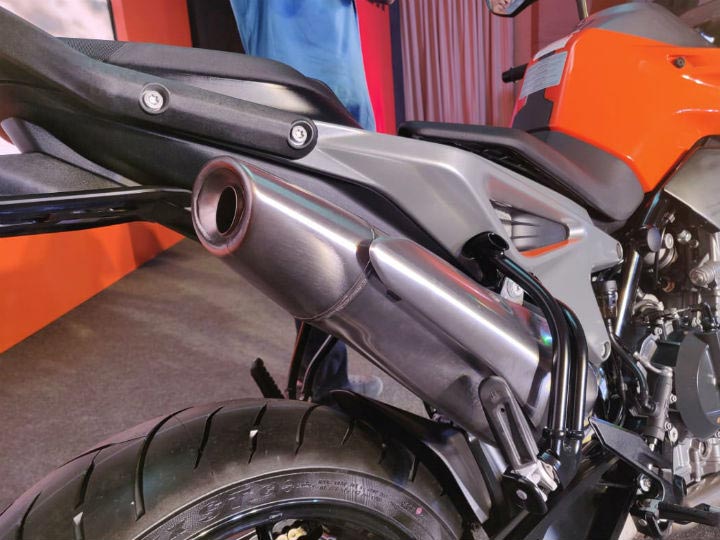 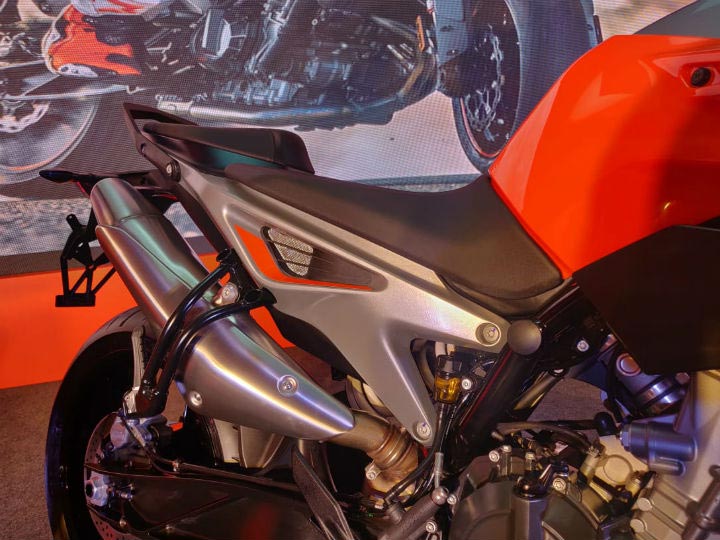 The Duke name is usually synonymous with bright orange trellis frames, but there’s none of that to be seen here. The 790 is held together by a conventional tubular frame and a single-piece cast aluminium subframe. This alternative approach seems to have paid off since the KTM has a dry weight of just 169kg. 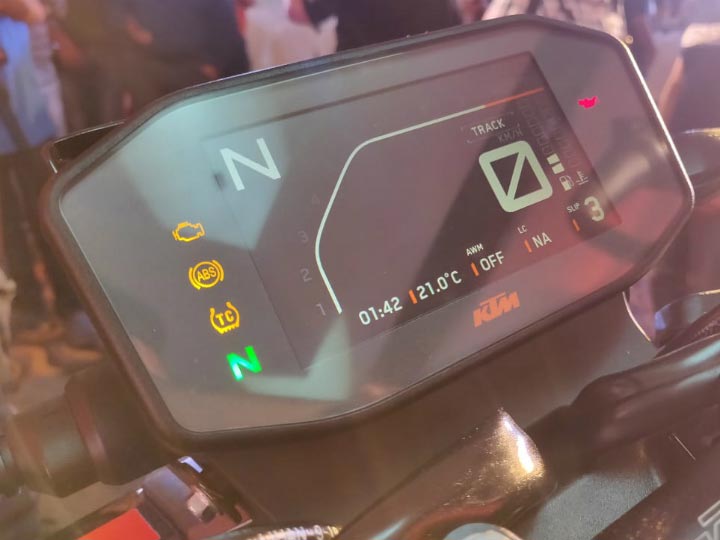 Another impressive feature on the Duke is the full-colour TFT LCD display, which also gets Bluetooth connectivity to help you seamlessly manage music and navigation. The various rider aids can also be controlled here. 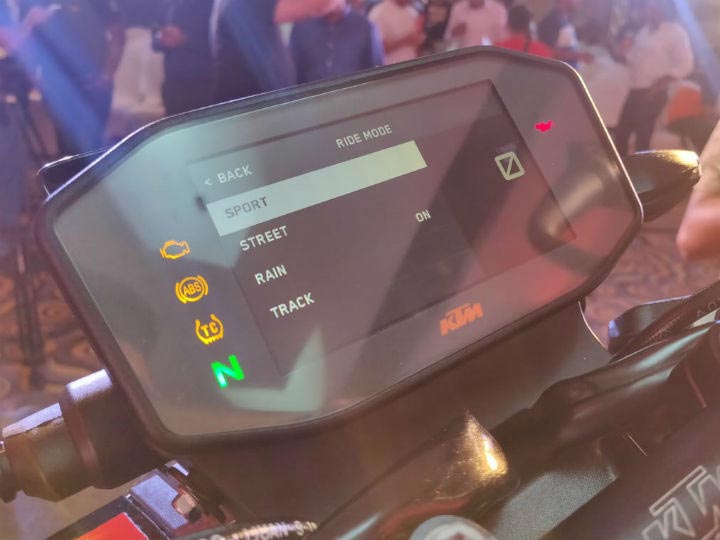 Speaking of rider aids and electronics, the new Duke gets 4 riding modes along with launch control, wheelie control, lean-sensitive traction control, lean-sensitive ABS with a Supermoto mode, engine brake control and a bi-directional quickshifter. This is a truly comprehensive electronics suite that features many segment-firsts and comfortably trumps all other offerings in this range. 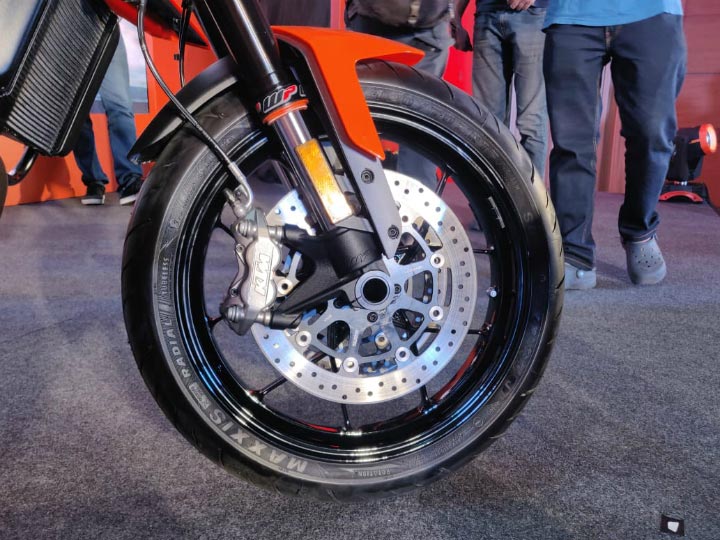 This orange menace is brought to a stop by twin 300mm discs up front bitten by 4-piston radially-mounted J Juan calipers. The 790 Duke is suspended on a 43mm upside-down separate-function front fork and a 12-step preload-adjustable rear shock, both from in-house suspension specialist WP. 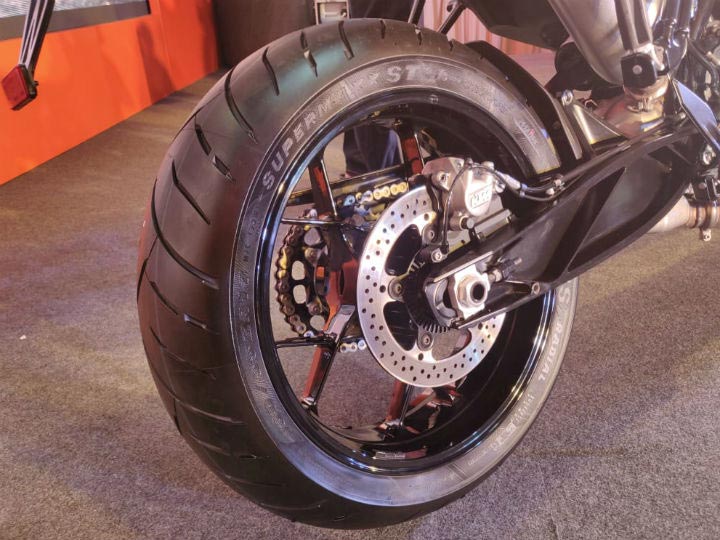 The 17-inch alloy wheels are wrapped in touring-biased Maxxis Supermaxx ST rubber. Braking duties at the rear are taken care of by a single-piston caliper biting on a 240m single disc. The die-cast swingarm is directly linked to the rear shock. 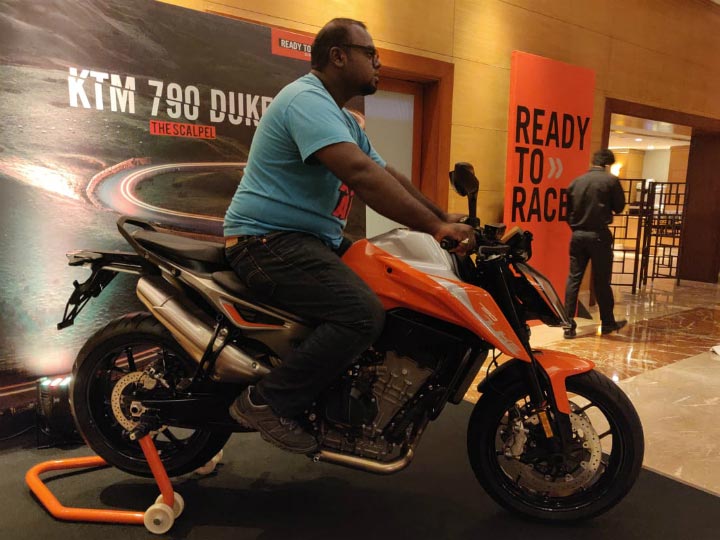 This picture gives us an idea of the 790 Duke’s ergonomics and riding position. The riding triangle seems fairly aggressive for a naked motorcycle, with low handlebars and rear-set footpegs. This gives a slightly leaned-forward riding position that looks exaggerated here since the motorcycle is on a paddock stand. It is worth noting that the handlebar position is adjustable, although not easily or quickly. 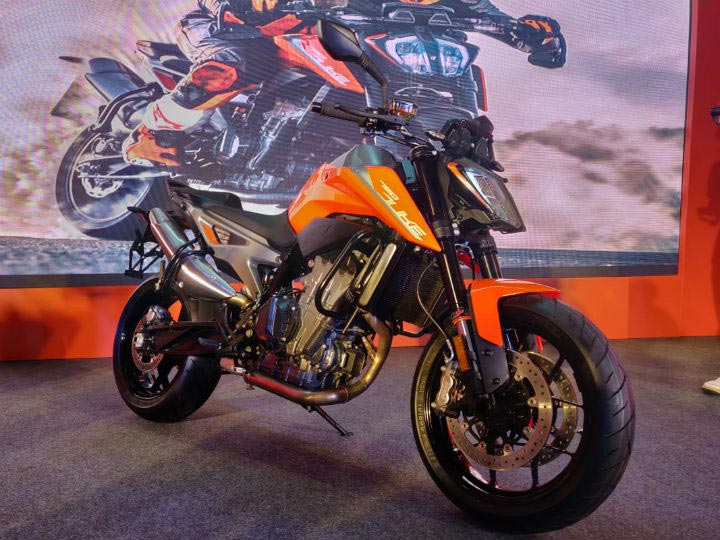 Now that dealers are accepting bookings, it shouldn’t be long before we see some 790 Dukes on our roads. One thing is for sure: you certainly won’t miss one if it passes by you.

Meanwhile, KTM has already started developing a new range of 890cc parallel-twin motorcycles. You can learn more about that here.