Scalpel, the wait was just too goddamn long! 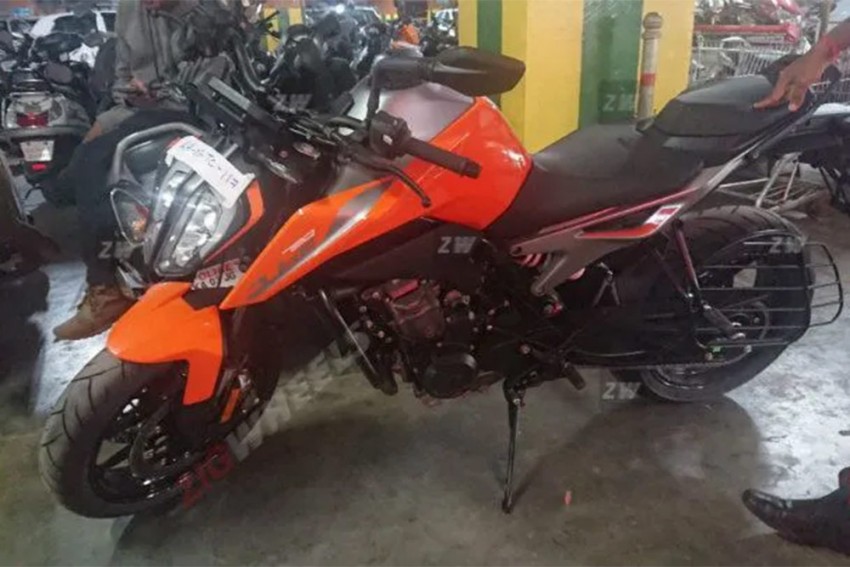 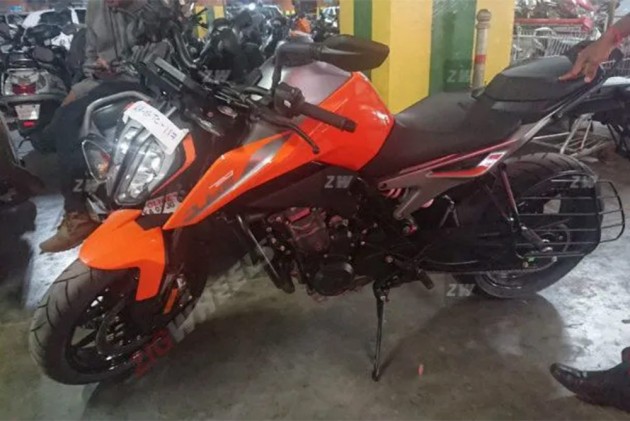 If you have been following news related to the two-wheeler world, then you’d know how much attention the KTM 790 Duke has been garnering in India. And after months of speculating, we’ve come to know that KTM will finally launch the “Scalpel” in India on September 5. Yes, that’s less than 15 days from now! And before the official launch, the motorcycle has been spotted at what looks like a dealer yard. 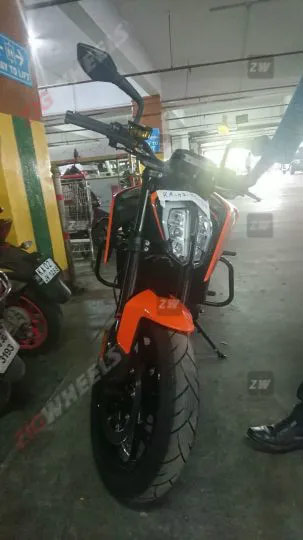 As KTM will bring the 790 Duke to our shores via the CKD route, we expect it to be priced around Rs 8 lakh to Rs 8.5 lakh (on-road). Just to put things into perspective, its competitors, the Suzuki GSX-S750 and the Kawasaki Z900, are priced at Rs 7.52 lakh and Rs 7.69 lakh, respectively (both prices ex-showroom).

By now, you might know every tiny detail about the upcoming 790 Duke, but just to refresh your memory here’s what the 790 Duke’s insane spec sheet says. Powering the Scalpel is a 799cc, liquid-cooled, parallel-twin motor that belts out 105PS at 9500rpm and 86Nm of peak torque at 8000rpm. This motor is mated to a 6-speed gearbox with a slipper clutch. And imagine hooning around with 105PS on tap on a motorcycle which weighs just 169kg (dry)! 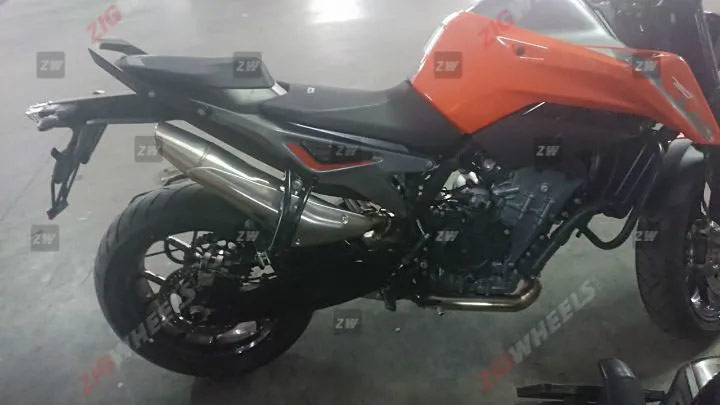 Suspension duties are taken care of by 43mm open cartridge fork up front and gas-assisted monoshock with 12-stage preload adjustment at the rear (both from WP). Anchorage is provided by dual 300mm front discs and a 240mm rear disc, with dual-channel ABS offered as standard.

There are several electronic aids on board which will prevent you from planting your face on the road. For instance, it gets four rider modes (Sport, Street, Rain, Track), multiple-level traction control, cornering ABS, Supermoto mode, and more! And, all of this can be operated via a colour TFT screen.

Just like any other KTM out there, the 790 Duke packs tonnes of features, top-notch components and insane looks! Most importantly, you won’t have to pay a bomb for that, making it a value for money proposition in the mid-capacity segment.