The hybrid powered Sian is the most powerful raging bull ever! 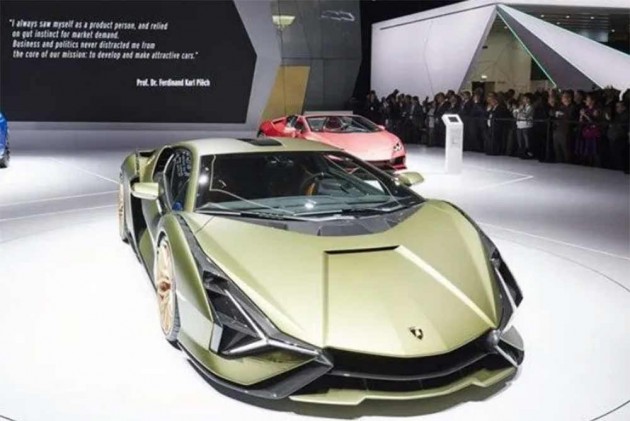 Lamborghini has certainly planted itself as one of the much awaited manufacturers at the Frankfurt Motor Show with the unveil of its new raging bull, the Sian. The name translates to ‘lightning’ in Bolognese dialect, and we couldn’t agree more as the new raging bull is not only blisteringly fast but is also quite the looker. Here’s a closer look at Lamborghini’s new beast. 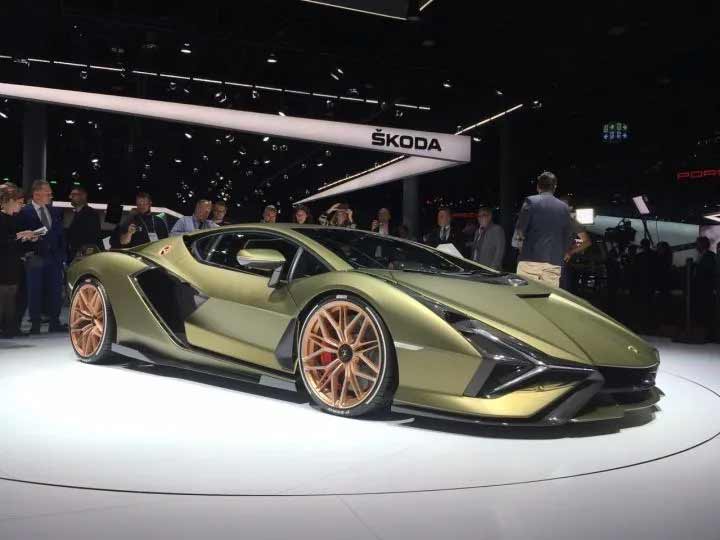 We can tell straight away that the new raging bull looks outlandish and wedgy enough to be called a Lamborghini and also ticks the boxes for being outright poster-worthy, with various styling elements from Lamborghinis of yesteryears. 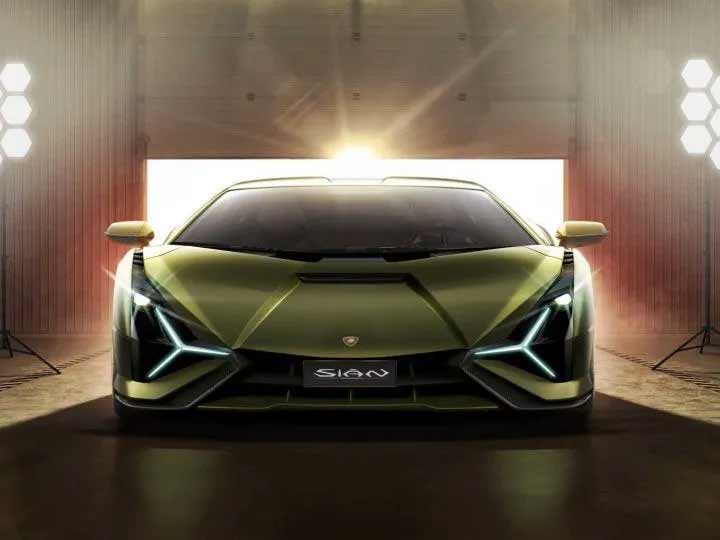 Some of the inherited styling bits include a front-end that is similar to the Lamborghini Gallardo. Another interesting point to note is that the the low front with integrated carbon fiber splitter is dominated by the ‘Y’-shape headlights that resembles the futuristic Terzo Millennio concept car. 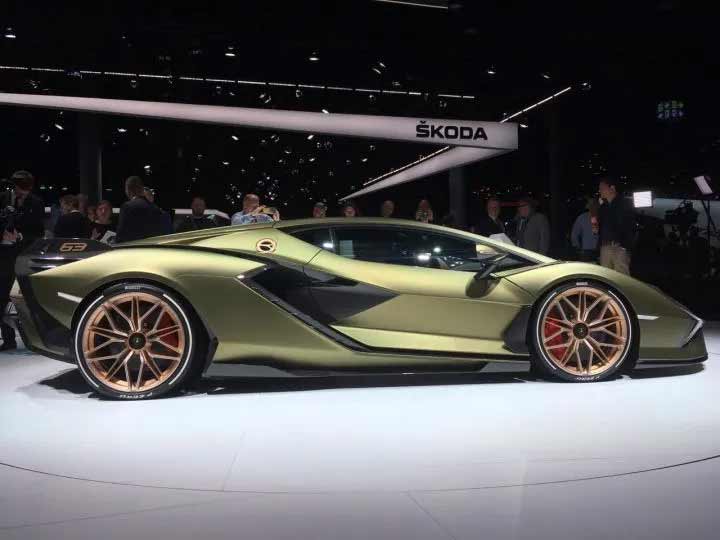 The side profile is flanked with an aggressive aerodynamic design that not only helps the Sian stay grounded but also keep it quick in a straight line. While it does take styling cues from the Terzo Millennio,  it’s a lot curvier than the alien concept. 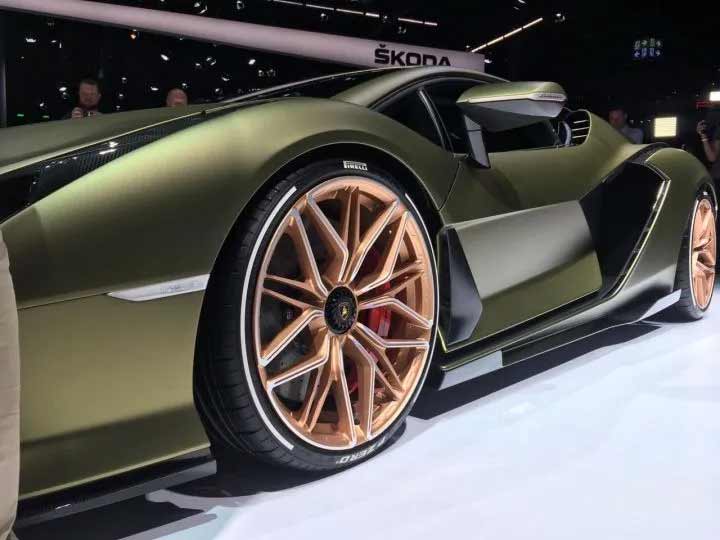 Other nifty highlights include the massive alloy wheels that give off a copper-coated look.  They’re mated to Pirelli P-zero tyres for optimum grip while cornering. 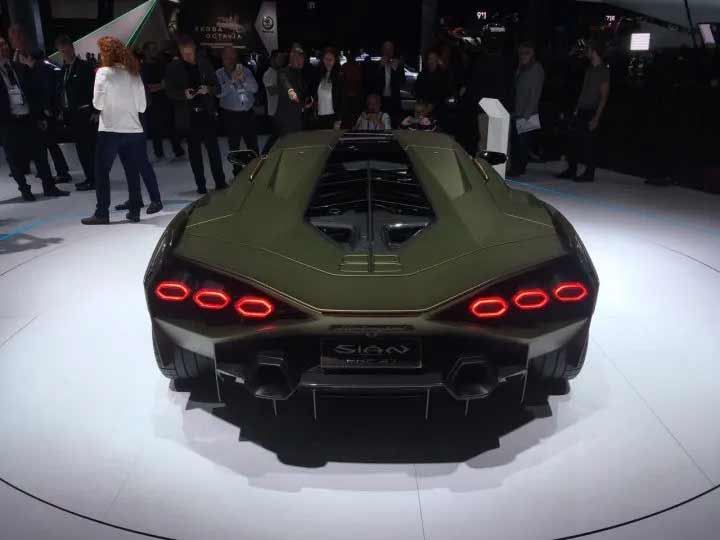 The rear of the Sian continues the aggressive design direction with a massive set of exhausts coupled with an equally massive diffuser to keep the car planted to the ground. If you look closely,  it takes styling cues from the mother of all poster cars, the Countach, with its tail light positioning. 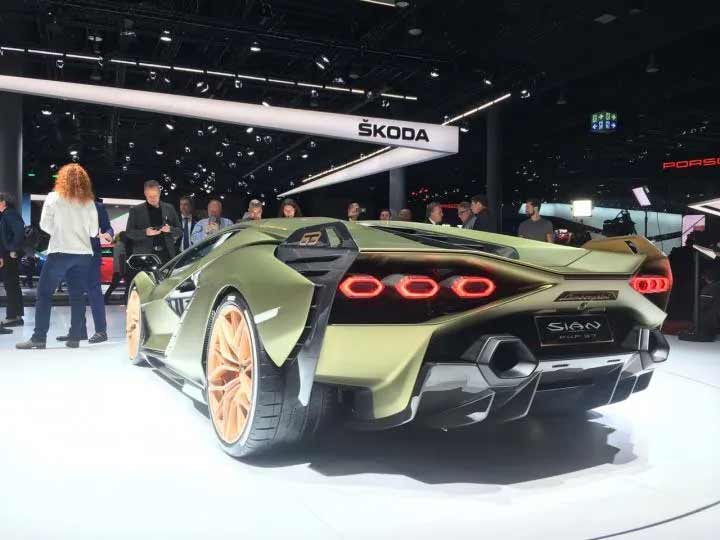 The hypercar also integrates materials used for active cooling. There are various temperature-sensitive vanes around the exhaust bay that open automatically for better cooling. 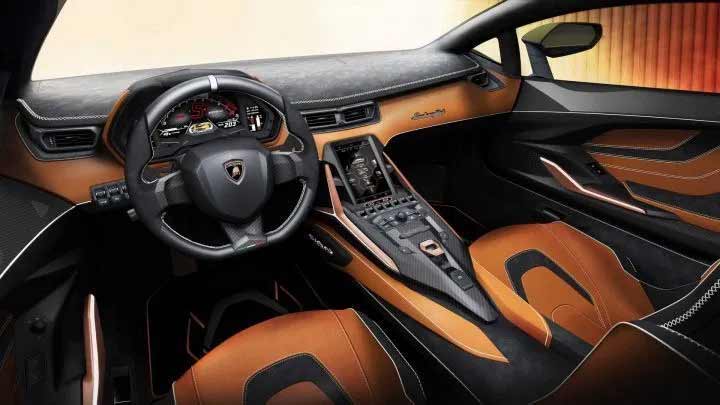 Going inside reveals that while the Sian is a brutal monster on the outside, it does not shy away from premium driver comforts. Some of the interior highlights include an orange-grey upholstery with a vertically-stacked digital touchscreen in the centre console, along with a digital instrument cluster. 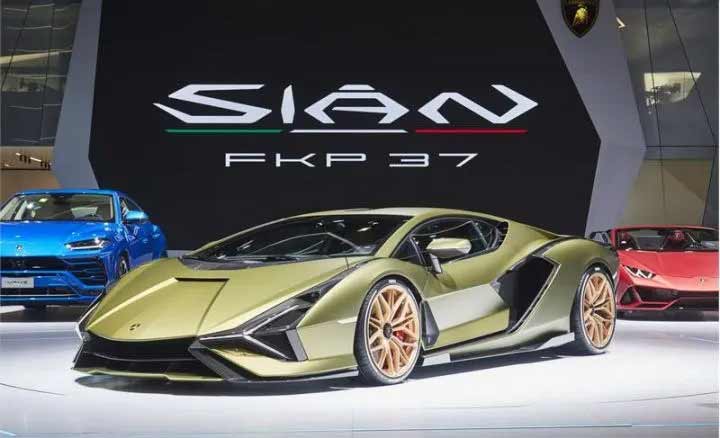 The raging bull is powered by a 6.5-litre V12 dinosaur which delivers 785PS! Lamborghini has stuck with a big, old naturally aspirated V12 in the midst of downsizing and forced induction here. It is the same motor that powers the record-breaking Aventador SVJ, but thanks to a 48V hybrid setup providing an additional 34PS, the Sian replaces the SVJ as the most powerful Lamborghini ever. It also gets a better power-to-weight ratio than the Aventador SVJ, with a top speed over 350 kmph. 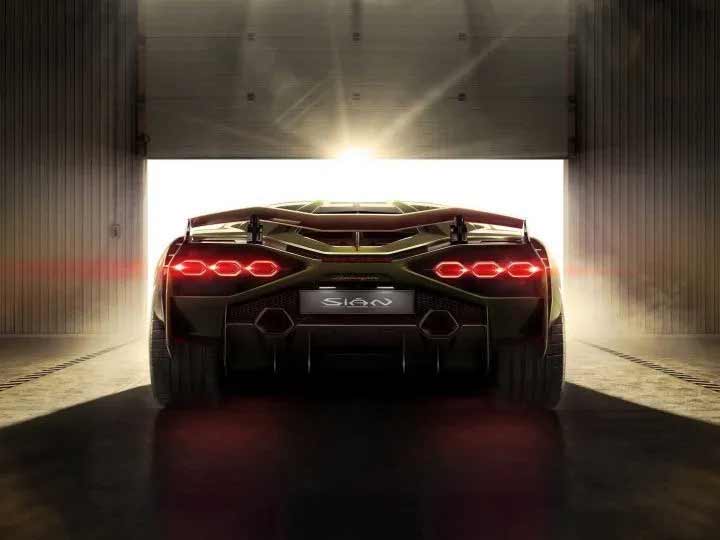 An interesting little tidbit about the Sian’s 48V hybrid system is that, instead of a lithium-ion battery, it  uses supercapacitors that enables the Sian to store ten times more power while being three times lighter than a battery. All this power makes it the fastest accelerating Lamborghini ever (except for the feather-light Sesto Elemento) as 0-100kmph comes up in 2.8 seconds! It is mated to a 7-speed automatic gearbox to send power to all four wheels. 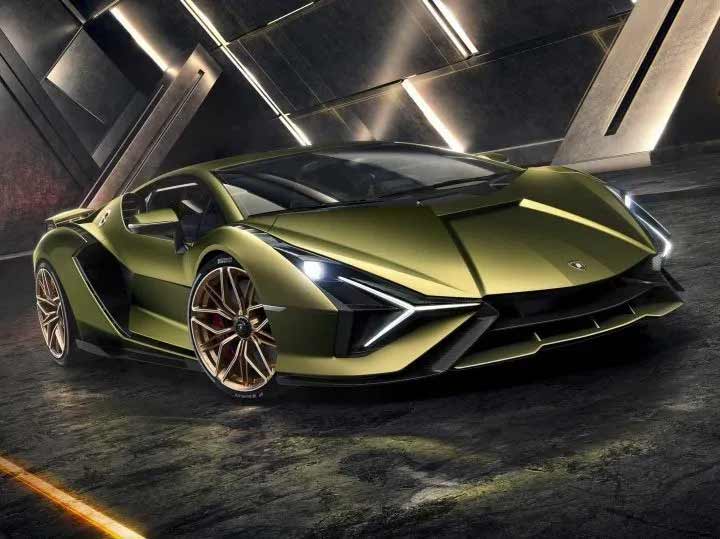 The Sian is limited to just 63 production units, with each coming at a skyhigh price tag of $3.6 million (Rs 25 crore). But even if you had that sort of dough lying around, it is all but a distant dream to own one at this point of time as all 63 units have been sold out!