The body shell of the Honda Amaze has been deemed stable by the Global NCAP authorities, in the event of a crash 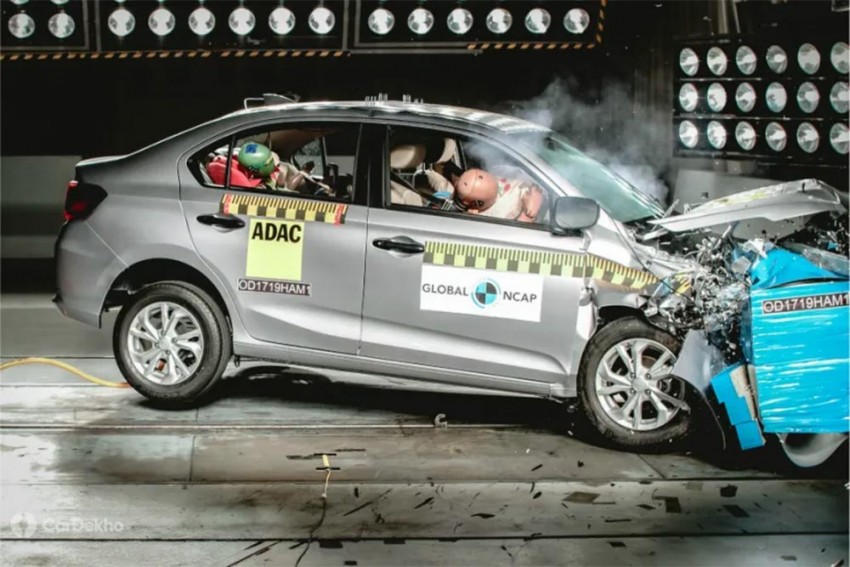 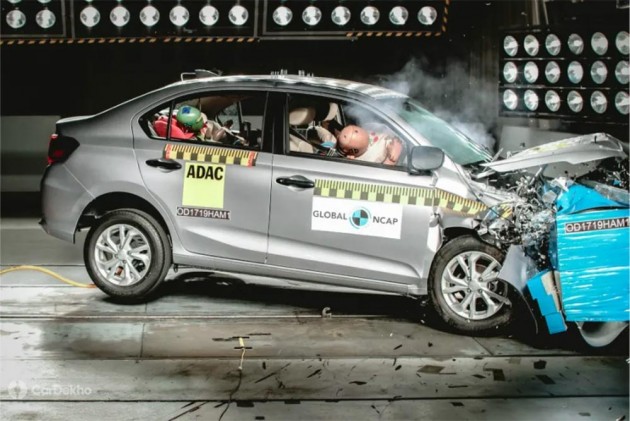 Global NCAP has tested three cars sold in African markets under its #SafeCarsForAfrica campaign, including the Honda Amaze. The Africa-bound Amaze is manufactured in India and has scored a 4-star rating in crash tests conducted by the Global NCAP.

Global NCAP used the base model of the Amaze sold in African markets for its crash test. The passive safety features Honda offers on this model include dual front airbags and front seatbelt pretensioners. Active safety features include ABS and a driver seatbelt reminder. It is also equipped with ISOFIX points to mount a child seat. These features are offered as standard in all variants of the Amaze sold in India as well.

The test conducted by Global NCAP was the ‘Front Offset Deformable Barrier Test’. A similar test has also been conducted for several India-spec cars under a similar #SaferCarsForIndia campaign. Global NCAP performs this test at 64kmph while Indian authorities, who will begin conducting this test post-October 2019, will conduct it at 56kmph. And while Global NCAP rated adult protection in the Honda Amaze at 4 stars, child occupant protection was rated at only 1 star.

Global NCAP has reported that the body shell of the Amaze remained stable after the crash and was capable of withstanding further impacts as well. Moreover, the footwell area is also considered stable. This is unlike the Ignis, which was also tested as part of the same campaign and scored 3 stars.

Speaking of the Amaze’s rivals, the India-spec Swift was tested in late 2018 and scored a dismal 2-star rating for adult and child protection each. Its bodyshell was also rated as unstable. The bodyshell of the Dzire, which is just a Swift with a boot, could also turn out to be unstable unlike the Amaze, if tested. None of the other sub-4m rivals in their current form have been tested by Global NCAP of late.