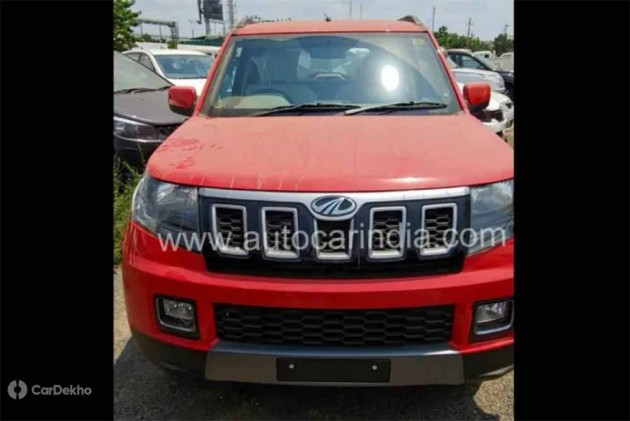 Mahindra TUV300 gets mild cosmetic updates both inside and out.

Spy images of the upcoming Mahindra TUV300 facelift have now surfaced online. The updated sub-4 metre SUV looks like a production-spec model and it is expected to be launched soon, perhaps in April 2019 itself or May 2019. 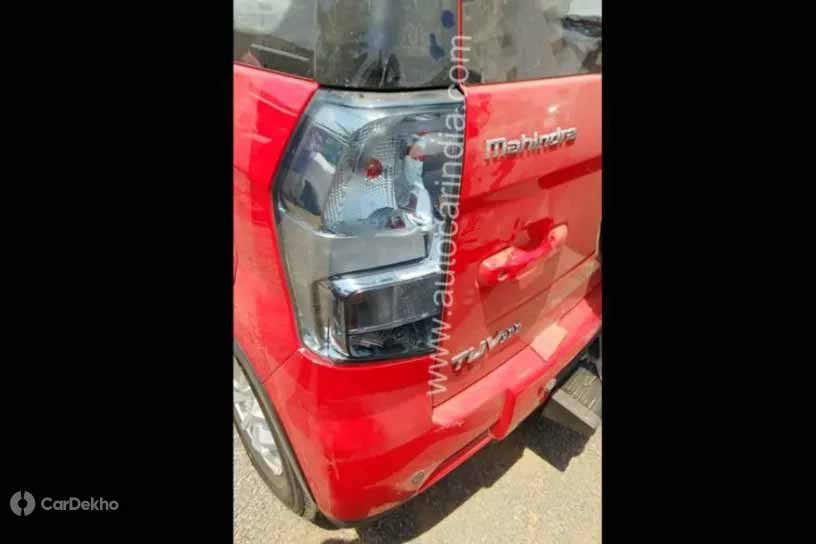 The TUV300 facelift spied here reveals a new front end design with an updated gloss black Jeep-like grille with more silver inserts on the top and an applique on the front bumper. While there is no spy shot of the entire back end, we can identify new clear lens tail lamps. This particular variant seems to have the same alloys as the outgoing model. From the side profile, there is no noticeable change on the upcoming TUV300 facelift.

There appears to be no major update inside the cabin of the 2019 TUV300. It still features a dual-tone interior while the variant seems to be equipped with an audio system as well and steering mounted audio controls. The top-spec of the current-gen TUV300 gets a 7-inch touchscreen infotainment system. Expect the top-spec variant of the facelift to feature a touchscreen of the same size, albeit with the addition of Android Auto as seen on the XUV300, Marazzo and the XUV500. 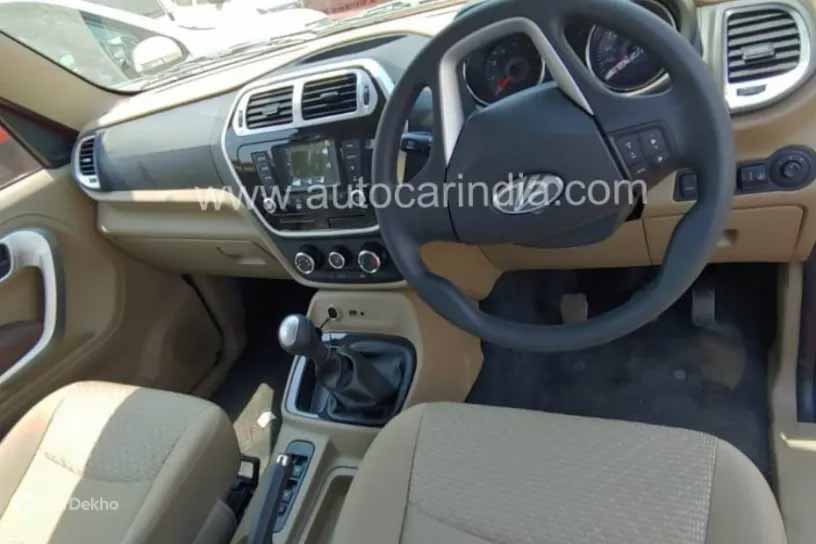 The TUV300 facelift is expected to be powered by the same 1.5-litre diesel unit as current model. This unit churns out 100PS of power and 240Nm of torque. It is paired with a 5-speed manual and can be optioned with an AMT as well. Mahindra had previously confirmed that the 1.5-litre unit diesel engine that debuted on the Marazzo MPV will not be offered on older models.

The current Mahindra TUV300 also offers dual-front airbags, ABS with EBD and ISOFIX child seat mounts as standard. However, the facelift is expected to offer rear parking sensors, speed limit alert and front seatbelt reminder as standard too. It is not yet known if Mahindra will be making any other updates to the features list of the 2019 TUV300. 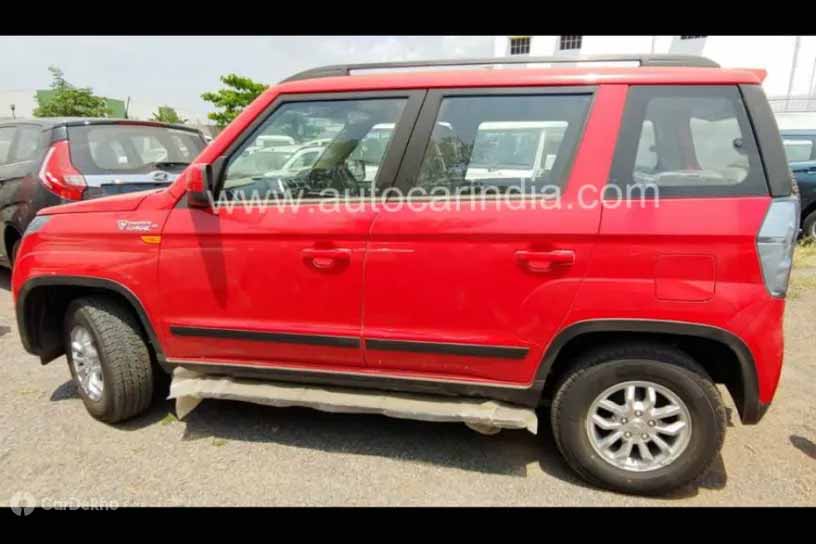 At present, the TUV300 is the least popular model in the sub-4 metre SUV segment. However, this facelift could help the model’s monthly demand grow. Mahindra also offers a longer, more spacious version of this model called the TUV300 Plus, which should also get a facelift in due course.

The current Mahindra TUV300 is available in four variants and is priced between Rs 8.4 lakh to Rs 11.04 lakh (ex-showroom, Delhi). The TUV300 facelifte is likely to be similarly priced when launched and resume its rivalry with the likes of the Maruti Suzuki Vitara Brezza, Mahindra XUV300, Hyundai Venue, Ford EcoSport and the Tata Nexon.