Confused between which variant of the newly launched XUV300 or segment veteran Ford EcoSport is right for you? Find out here 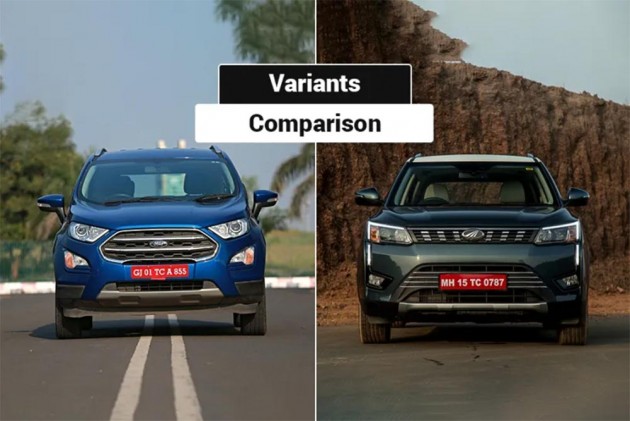 Mahindra has recently launched the XUV300 in the sub-4 metre SUV space, at prices ranging from Rs 7.90 lakh to Rs 11.99 lakh (both ex-showroom India). In this variants comparison, we have pitted the it against a popular sub-4m SUV, the Ford EcoSport, to find out which variant of these two SUVs is the right fit for you.

But before we dive into that, let’s have a look at the dimensions, engine specs and variant-wise prices of the two.

Talking about dimensions, both these cars have certain advantages over each other. While the XUV300 is wider and has a longer wheelbase, the EcoSport is marginally longer, has 20mm more height and 20mm more ground clearance than the XUV300. Despite having a longer wheelbase, legroom for second-row passengers in the XUV300 is not the greatest. The only place where the XUV300 has a real edge is in seating three abreast in the second row, where its extra width makes things more comfortable.

The diesel engine of the XUV300 has been borrowed from the Marazzo, but is slightly detuned in the sub-4 metre SUV. However, that does not stop it from being the more powerful and torquier option here, or in the entire segment for that matter. Both the XUV300 and EcoSport can only be had with a manual transmission for the diesel variants, although the XUV300 does get an extra cog for highway cruising. 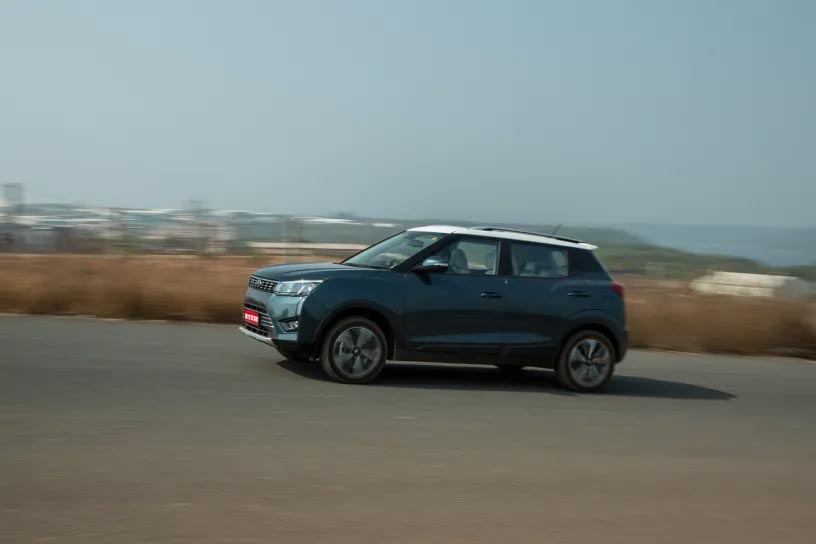 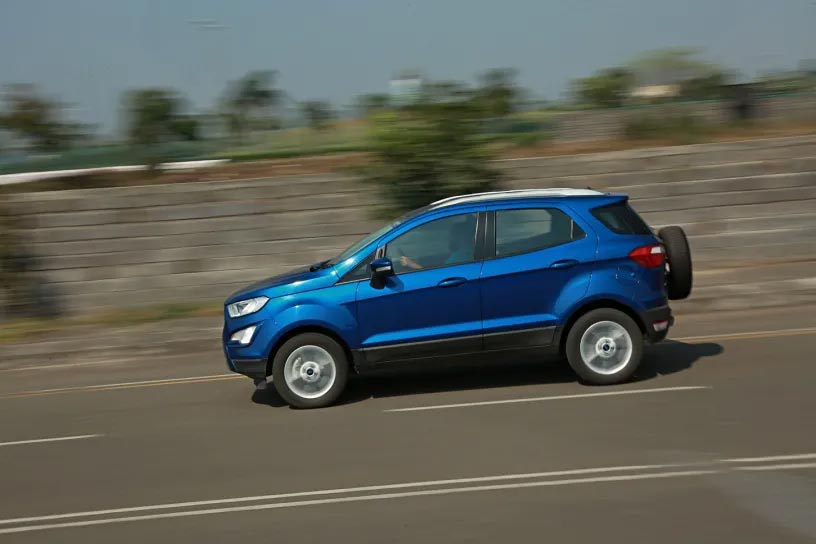 Verdict: While the EcoSport puts up a good fight, it falls short because of the plethora of features offered on the XUV300. The petrol and diesel variants of the XUV300 are more expensive, but the extra kit on offer makes up for it. The diesel variant of the XUV300 is especially more value for money because it even gets an audio system and four speakers that its petrol variant misses out on. The omission of rear parking sensors is a surprise, but the value for money proposition of the XUV300 despite the lack of this one feature is way higher. 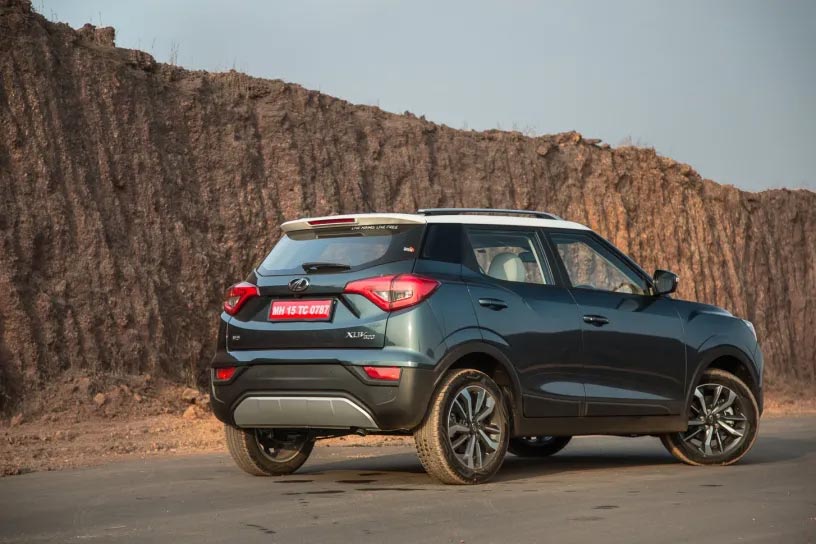 Verdict: Here, the EcoSport manages to catch up with the XUV300. While the EcoSport does not have same number of features as the XVU300, things like rear parking sensors, rear parking camera and rear wiper/washer/defogger and auto climate control tip the scales in the EcoSport’s favour. Notably, the XUV300 offers rear disc brakes and adjustable headrest for the middle rear passenger. However, the EcoSport’s features are the ones that will benefit you more in day-to-day use. And the sweetest part of the deal is that the EcoSport’s Trend petrol variant costs Rs 19,000 less than the XUV300’s W6 variant. Even its diesel counterpart is Rs 14,000 less expensive. A win-win for the Ford here. 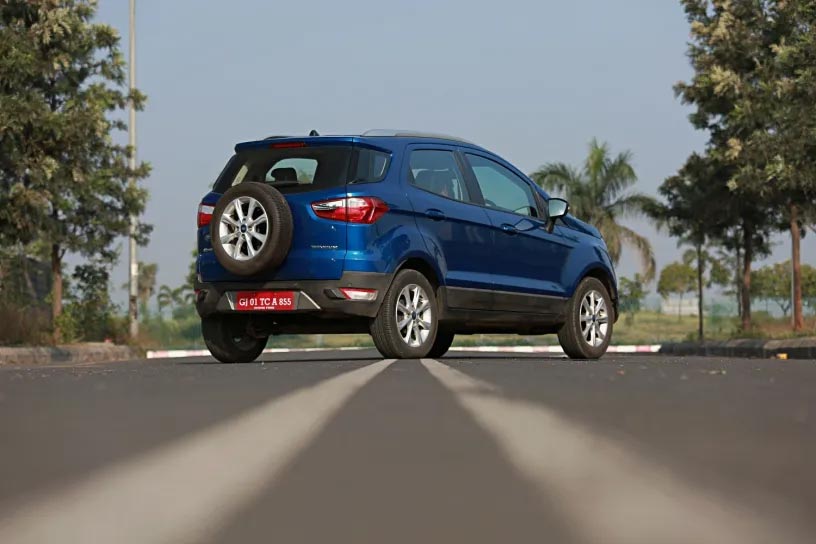 Verdict: The EcoSport is the more expensive option here and by a significant margin. Moreover, it is under-equipped too when compared to the XUV300. However, the XUV300 does not come with side and curtain airbags, something that Ford offers on the EcoSport taking the total number of airbags to six. Also, the features offered on the XUV300 over the EcoSport are the ones that you will appreciate once in awhile rather than everyday. And hence, we believe that the EcoSport’s Titanium Plus variant is the one to go for, over the XUV300’s W8 variant, as it is the safer option among the two. 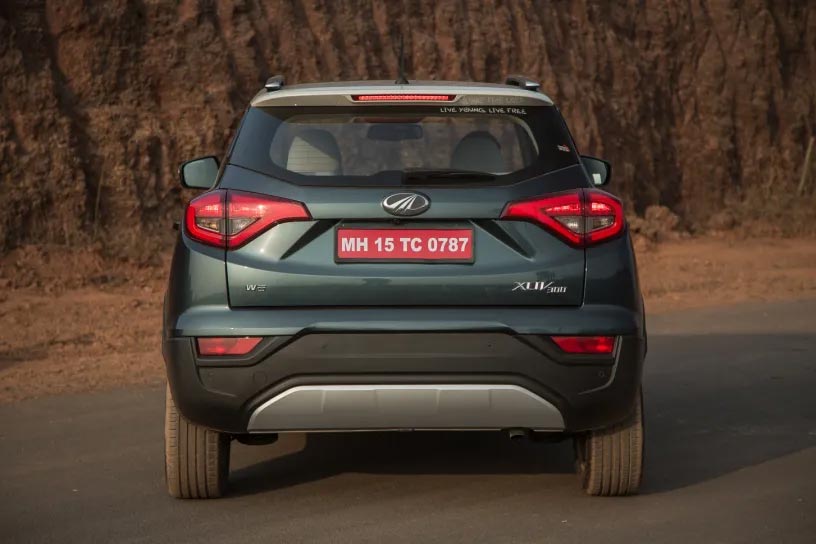 Verdict: This time around, it is the XUV300 that comes out on top. The addition of side and curtain airbags brings it at par with the EcoSport  and the addition of a knee airbag for the driver takes it a step ahead. Also, it gets a lot more features than the EcoSport which justify the Rs 12,000 and Rs 10,000 premium for petrol and diesel, respectively. 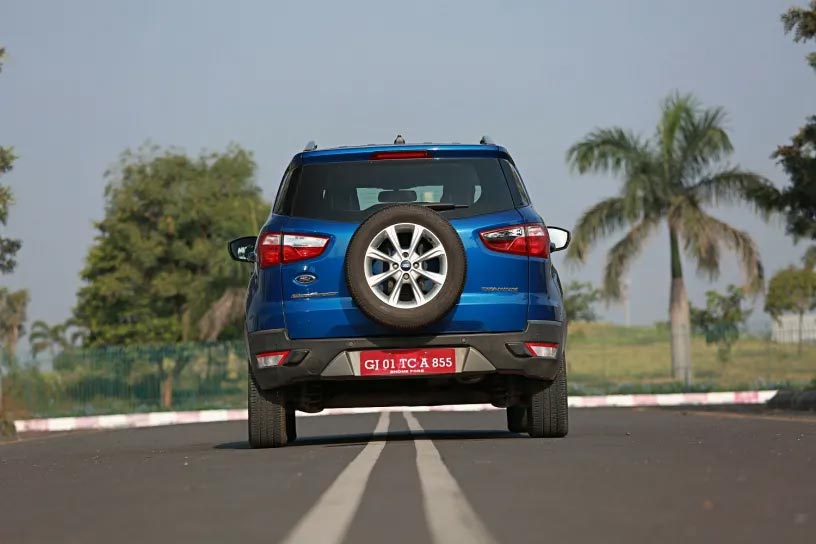