As expected, the S-Presso retains a few design elements from the Future-S concept 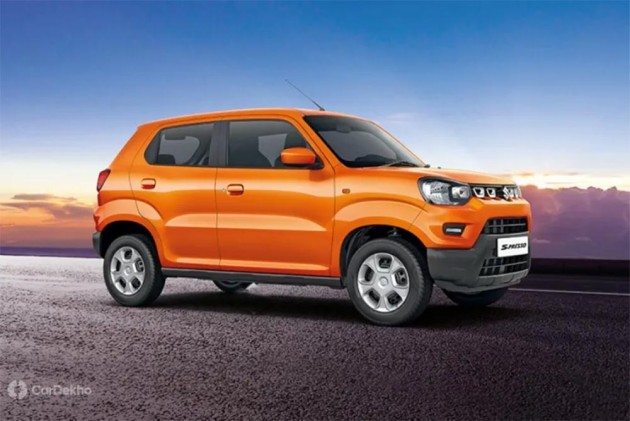 Maruti Suzuki has officially teased the new S-Presso micro-SUV ahead of its launch on September 30. The teaser has given us our first proper peek into the interiors of the production-spec model, which is based on the Future-S concept that was first unveiled at the 2018 Auto Expo.

The S-Presso’s cabin features fabric upholstery and none of the seats offer adjustable headrests. Its dashboard layout is unlike any other Maruti currently on offer with a centrally mounted digital instrument cluster and 7-inch touchscreen infotainment from the WagonR located in the centre. These elements are surrounded by semi-circular orange inserts to mimic the design elements seen on the Future-S concept. 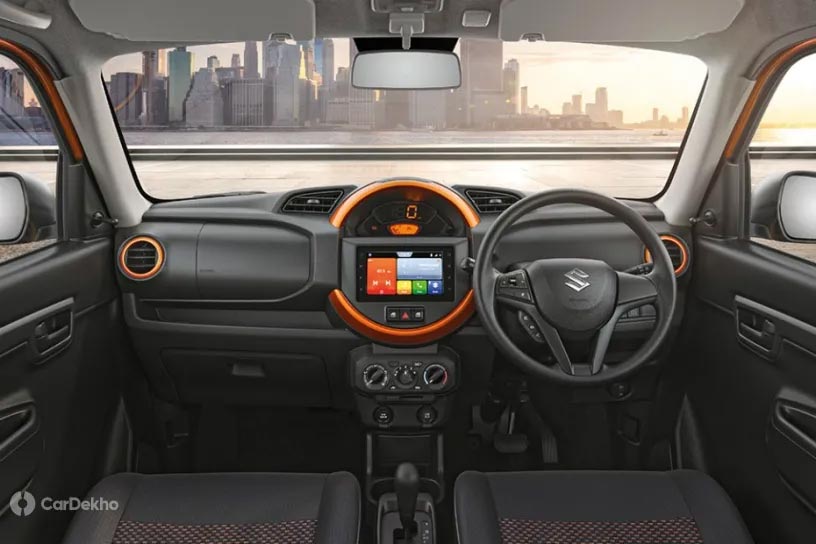 Being a budget-friendly model, the S-Presso makes do with manually adjustable ORVMs while the controls for the AC and the steering wheel seem to have been borrowed from the WagonR.

The circular air vents on either side of the dashboard, too, get orange accents while there’s also a tray-like storage area with the glove box below it on the passenger side. The controls for the front power windows are positioned on the central dash below the infotainment display along with the hazard light indicator. 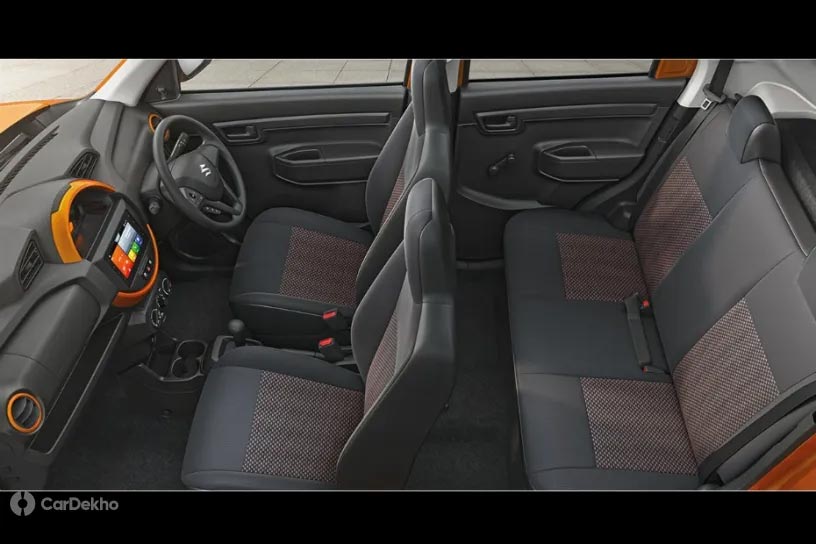 In the variant showcased, the rear windows get manual operation while the middle passenger does not get a three-point seatbelt. Also, the rear doors don’t offer any storage area.

While the S-Presso has been spied multiple times, this is our first official look at what is most likely the top-spec variant of the hatchback. It doesn’t get alloy wheels but makes do with wheel covers. The front headlamp units have the indicators positioned inwards, flanking the slim grille design. 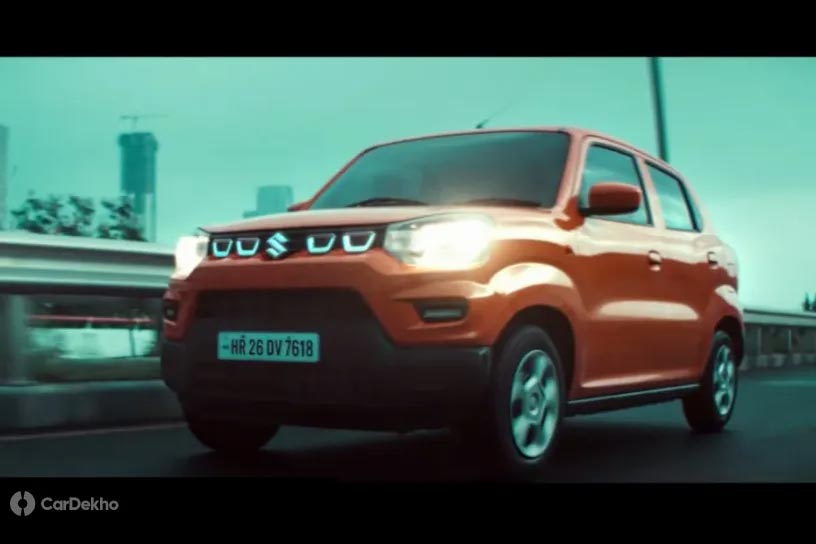 It is still unclear if the small inserts under the headlamps are fog lamps or simply reflectors. The rest of the front end is just the black bumper with an integrated skid plate design. It also has turn indicators mounted on the front fenders. The rear-bumper of the S-Presso is all-black too.

The Maruti S-Presso will be powered by a BS6 compliant 1.0-litre petrol engine mated to a 5-speed manual with a choice of a 5-speed AMT, as pictured above. As per leaked documents, the S-Presso will be available in nine variants with four trim levels. It is expected to be priced between Rs 4 lakh to Rs 5.5 lakh and compete with the likes of the Renault Kwid and Datsun redi-GO.