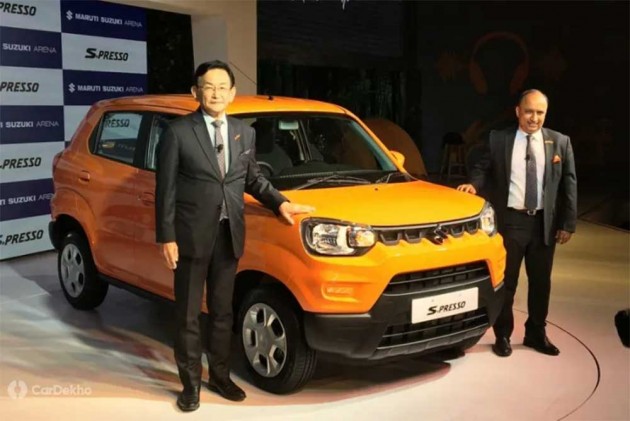 After its concept debut at the 2018 Auto Expo, Maruti has now launched the S-Presso micro-SUV, a new entry-level model in the carmaker’s lineup. It is available in nine variants in total and is priced from Rs 3.69 lakh to Rs 4.91 lakh (ex-showroom, Delhi).

The S-Presso is powered by a BS6-compliant 1.0-litre petrol engine that produces 68PS and 90Nm. It is mated to a 5-speed manual with the option of a 5-speed AMT as well. The ARAI-certified fuel efficiency for both is claimed to be 21.7 kmpl. 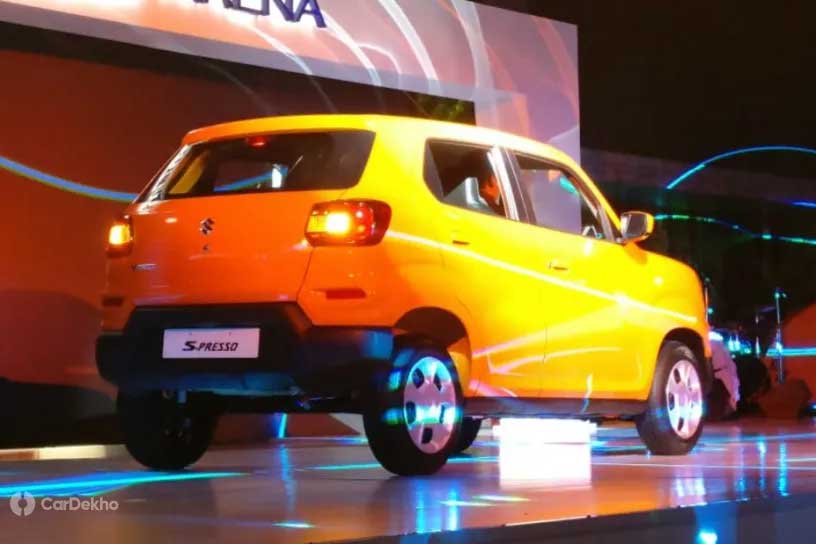 In terms of design, the S-Presso’s exterior styling does reflect its budget vehicle status. It gets large black bumpers which complement its SUV-like stance and rugged appeal, but with small steel wheels. The grille design is similar to that of the Maruti Vitara Brezza but the tallboy stance is closer to that of the Wagon-R.

The S-Presso’s interior design is a bit more interesting. In the top spec it comes equipped with a 7-inch touchscreen infotainment system, digital instrument cluster readout and steering-mounted audio controls. The cluster and infotainment display are both mounted on the centre of the dashboard, encircled by bright orange inserts. Even the controls for the front power windows and emergency stop signal are located within the circle. While this console design is also a cost saving measure, its uniqueness within Maruti’s range lends it some charm. 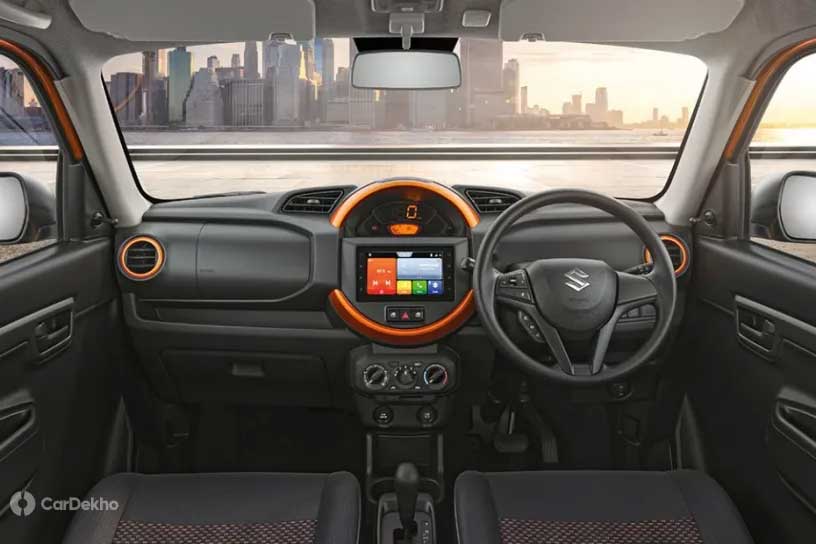 Maruti is offering the S-Presso with a driver-side airbag, rear parking sensors, front seatbelt reminders, speed alert and ABS as standard. The front passenger airbag and front seatbelt pretensioners are offered as part of an optional variant which adds Rs 6,000 to the price tag. Only the top-spec variant already comes equipped with those safety features but still misses out on a rear-view camera. 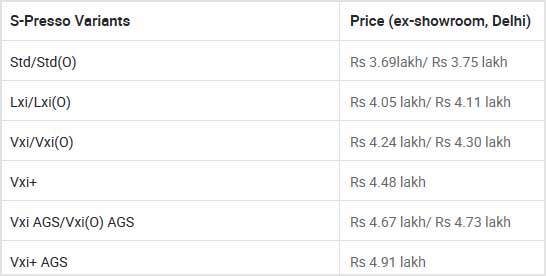 The Maruti S-Presso slots in between the Alto and WagonR in the carmaker’s portfolio and will be sold via the Arena chain of dealerships. Its key rivals are the Renault Kwid and Datsun redi-GO while the top variant of the S-Presso also competes with the WagonR, Santro and GO hatchbacks.