Will the cross-hatch design of the S-Presso be any good against the Kwid? 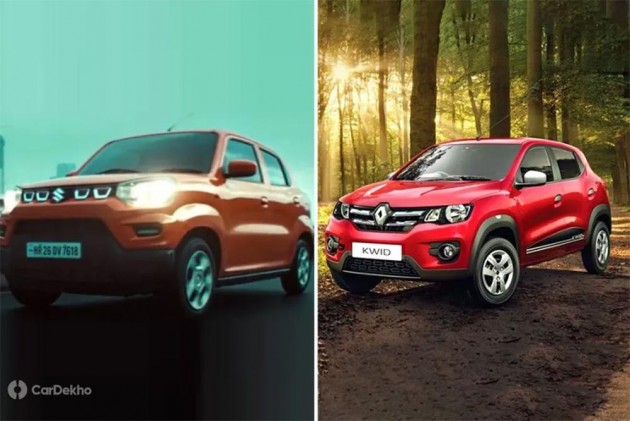 The Maruti S-Presso is set to be launched on September 30 in an expected price range of Rs 3.9 lakh to Rs 5.4 lakh (ex-showroom). One of its key rivals will be the Renault Kwid, which is also due to launch in its facelifted avatar in early October. The Kwid is currently priced between Rs 3.97 lakh and Rs 5.63 lakh (ex-showroom Delhi).

The S-Presso will get a 1.0-litre petrol unit under the bonnet that is good for 68PS of max power and 90Nm of peak torque. On the other hand, the Kwid comes with two engine options: a 0.8-litre and a 1.0-litre unit capable of producing 54PS and 72Nm, and 68PS and 91Nm respectively.

Let’s take a look at the pictures of both these models and see how they compare: 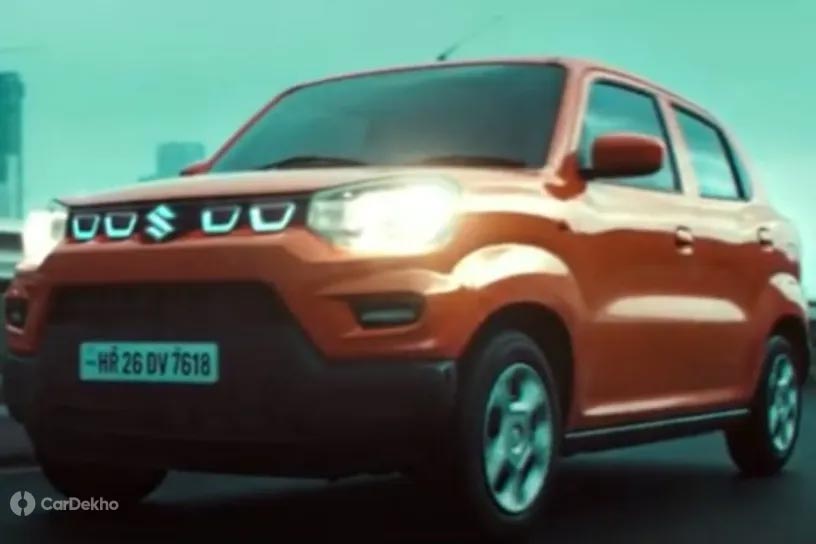 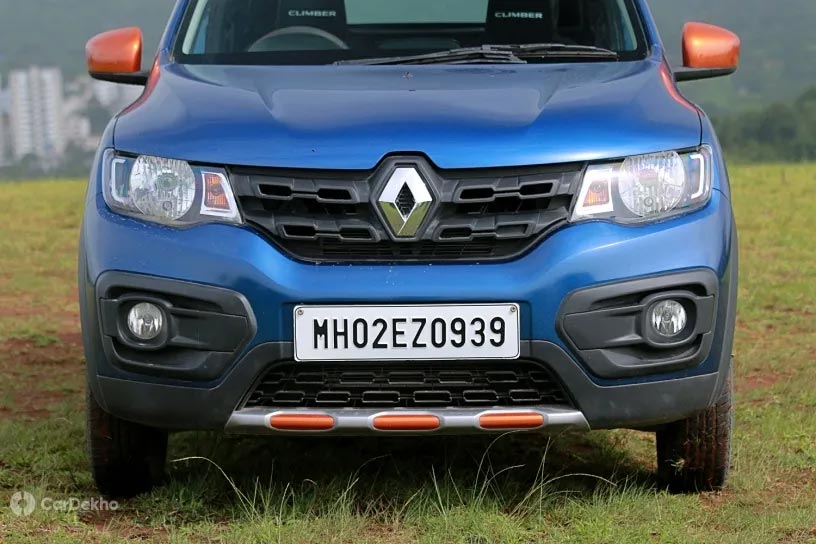 The S-Presso takes styling cues from Maruti’s compact SUV, the Vitara Brezza, and gets the U-shaped detailings on its grille. These elements will be a chrome garnish on the top-spec variant. The pre-facelift Kwid gets a two-slat grille, which houses the brand’s logo in the centre. Both also feature LED DRLs on their top-spec variants. 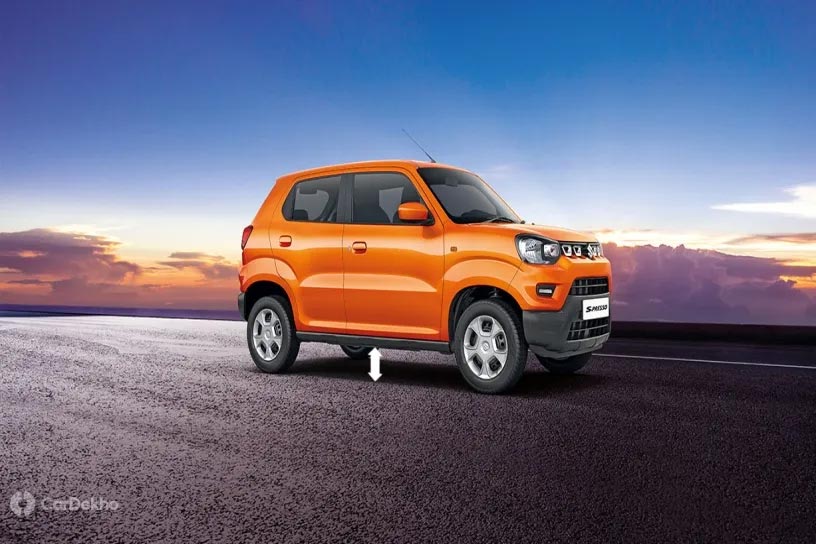 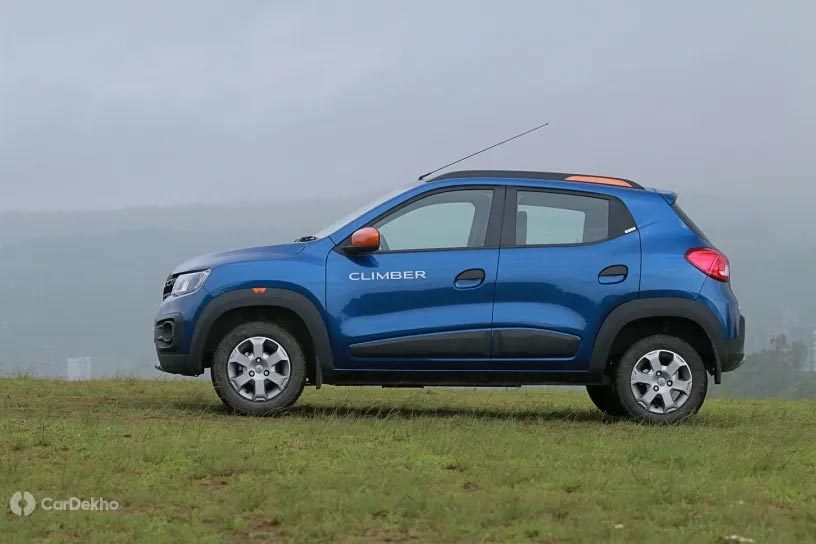 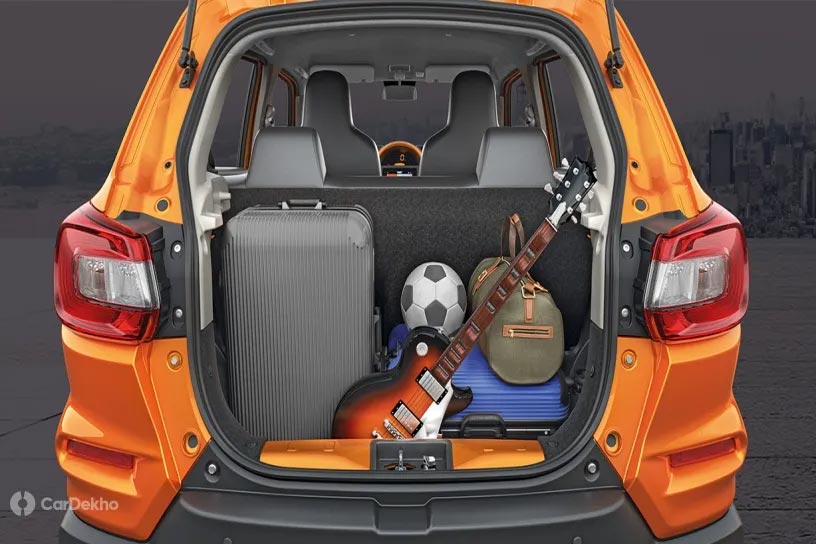 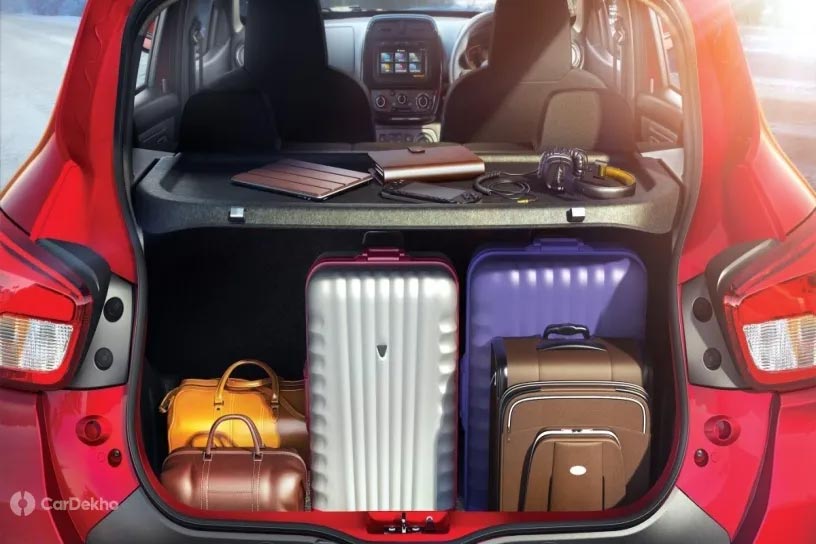 As per the spied images, the S-Presso’s tail lamps look similar in shape to those of the Kwid and the reflectors are placed above the bumper. However, the Kwid does not get any reflectors at the back. The rear skid plate is part of the rear bumper on both, but the Kwid Climber gets a more prominent one that is not black. Expect the boot space in the S-Presso to be similar to that of the Alto K10, which is rated at 177 litres. 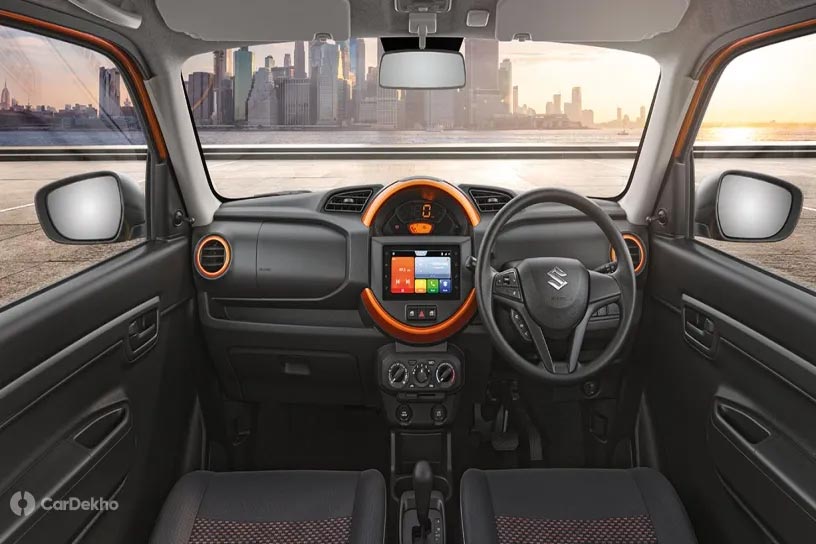 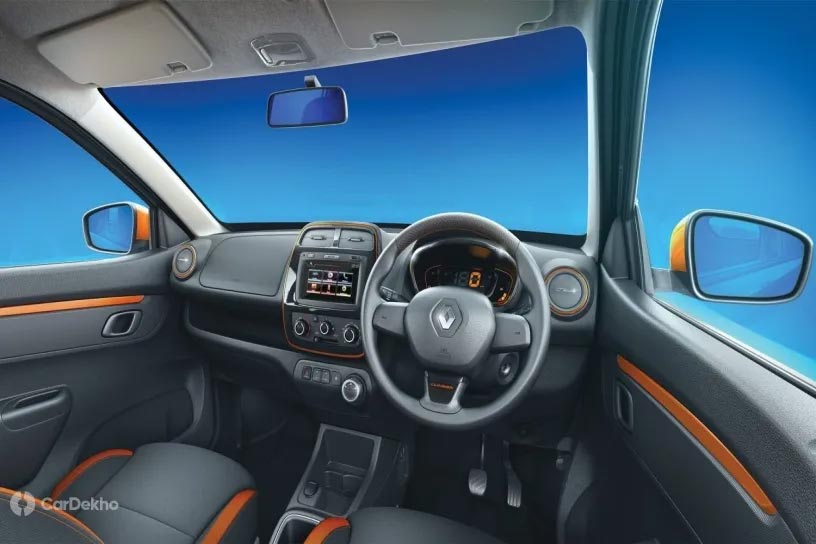 The S-Presso gets an all-black cabin while the Kwid comes with a grey-themed layout with different coloured accents. Both the S-Presso and the Kwid Climber get orange accents on the air vents and around the centre console. Maruti has upped the style quotient as it will offer a Mini-like circular console with the infotainment system placed at its centre. However, the Climber gets orange accents on the door trim as well. 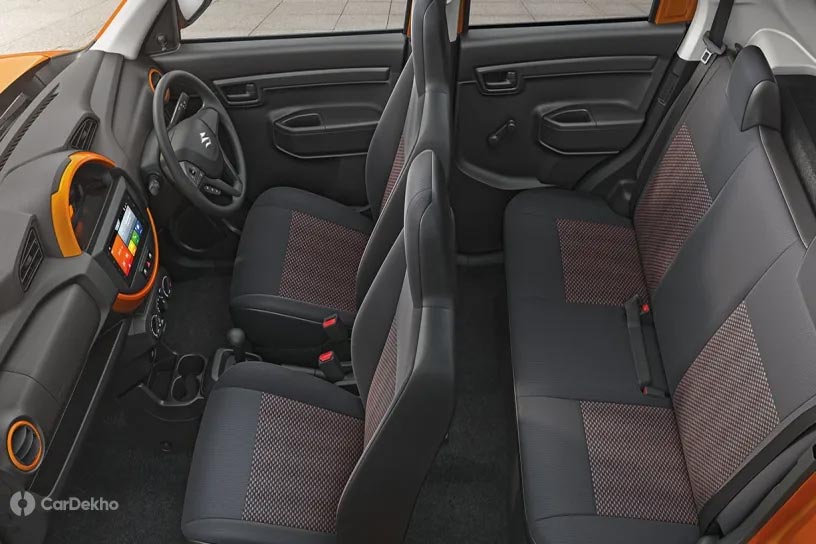 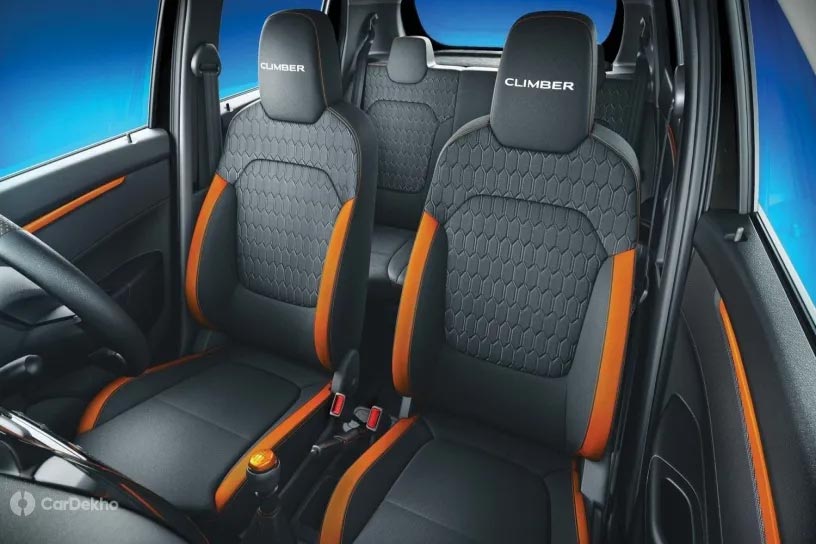 The Kwid Climber gets orange detailing on its seats while the S-Presso comes with orange stitching at the centre of its seats. 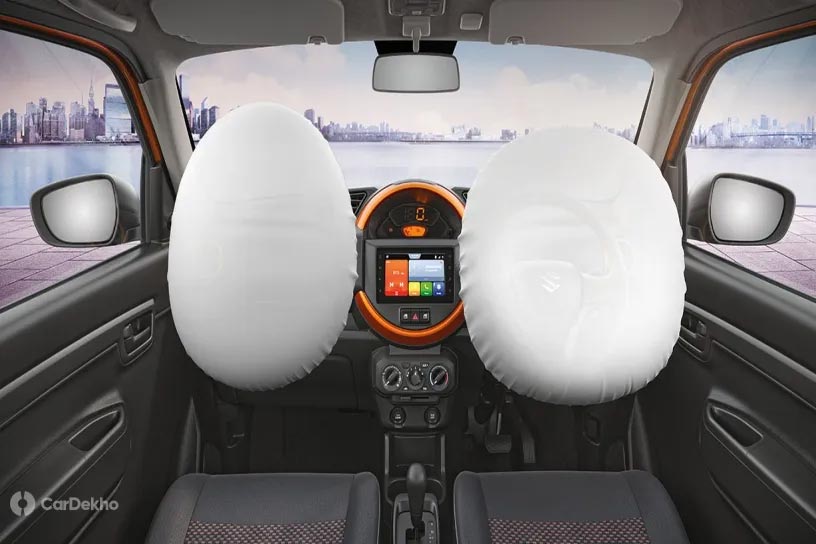 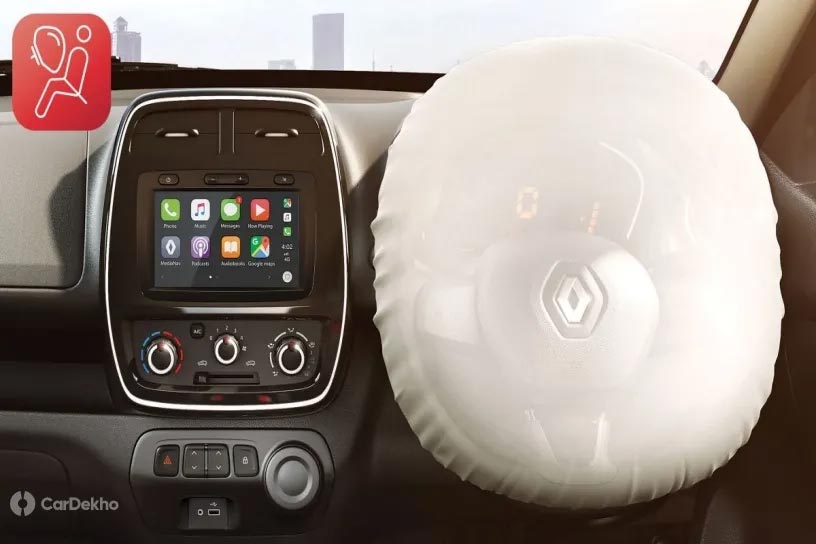 While the Kwid only gets a driver-side airbag, Maruti is expected to offer dual front airbags in the S-Presso. As per the latest revisions in safety norms, the S-Presso will likely get rear parking sensors, ABS with EBD, driver and co-driver seat belt reminder and speed alert system as standard across all variants, same as the Renault offering. The Kwid facelift will likely offer dual airbags in the top variant.