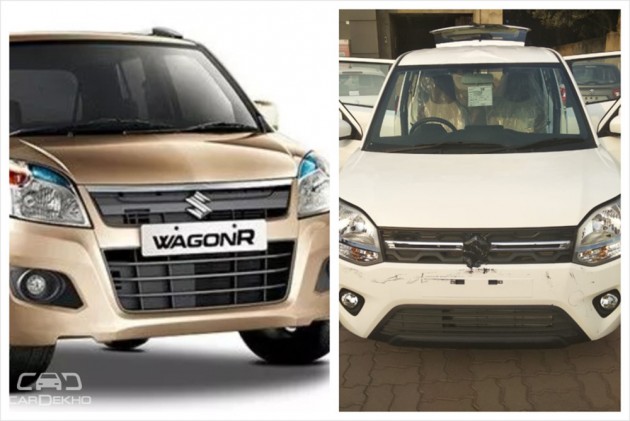 The new Wagon R will be substantially wider than the outgoing model.

Maruti Suzuki will launch the new Wagon R in India on 23 January but before that happens, we have got our hands on a few specs of the car. Without further ado let's dive right into how big and powerful the new model is compared to the older car.

As we can make out from the dimensions above, the new WagonR will be longer than the old car and the even the Stingray, which was sold as WagonR Vxi+. It will also be quite noticeably wider than both these cars. However, in terms of height, it will be just taller than the Stingray model and shorter than the regular WagonR. The wheelbase of the new WagonR will again be longer than the older car and will be the same as the Ignis now, hinting that it might be based on the Heartect platform. The increase in wheelbase and exterior dimensions is likely to result in a roomier cabin. So, expect the new WagonR to be more spacious than the outgoing model.

While the old 1.0-litre petrol unit will be carried forward, the new WagonR will also get a 1.2-litre petrol engine, which also powers the Ignis and the Swift. Both the engines will be available with a manual transmission as well as an AMT. The older WagonR was also available with the AMT gearbox. The smaller, 1.0-litre engine will continue to make 68PS/90Nm as before, while the bigger 1.2-litre engine is more powerful and is tuned to produce 82PS/113Nm.

The new WagonR is bigger than the older version and the tyres have also got an upgrade. While the wheel sizes still remains 13-inch (Lxi) and 14-inch (other variants), there’s more rubber on offer now.

The outgoing Wagon R is available with 145/80R13 size tyres on the Lxi variant, while the new WagonR Lxi will come shod with 155/80 R13 size tyres.

We will know more once the car is launched on 23 January and official information from Maruti Suzuki is out. Till then, stay tuned to CarDekho for the latest car news.