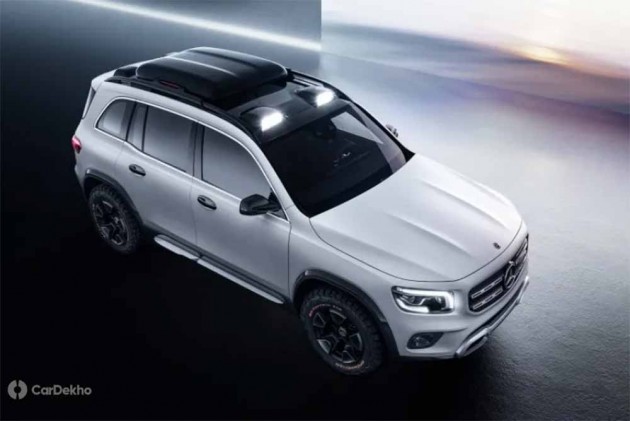 Mercedes-Benz has taken the wraps off the Concept GLB in China. It previews the upcoming GLB SUV which will be positioned between the GLA and GLC in Mercedes-Benz’ lineup. Unlike the GLA and GLC, which look more like crossovers than proper SUVs, the GLB will be boxy.

Dimensions: The Concept GLB is about the same size as the GLC! 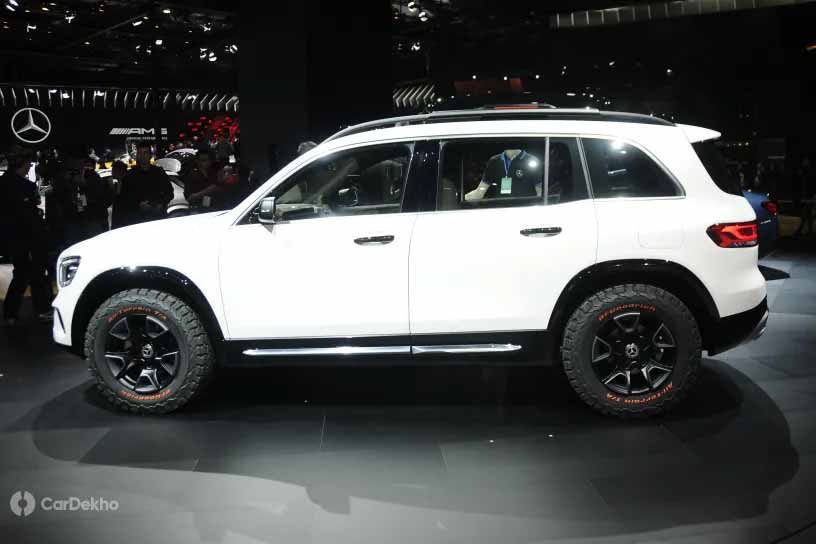 The dimensions of the Concept GLB have been revealed and it’s almost the same size as the India-spec GLC. In terms of overall length, the Concept GLB  measures 22mm less than the GLC while the wheelbase is shorter by 44mm. But it’s as wide as the GLC and taller by a whole 261mm! 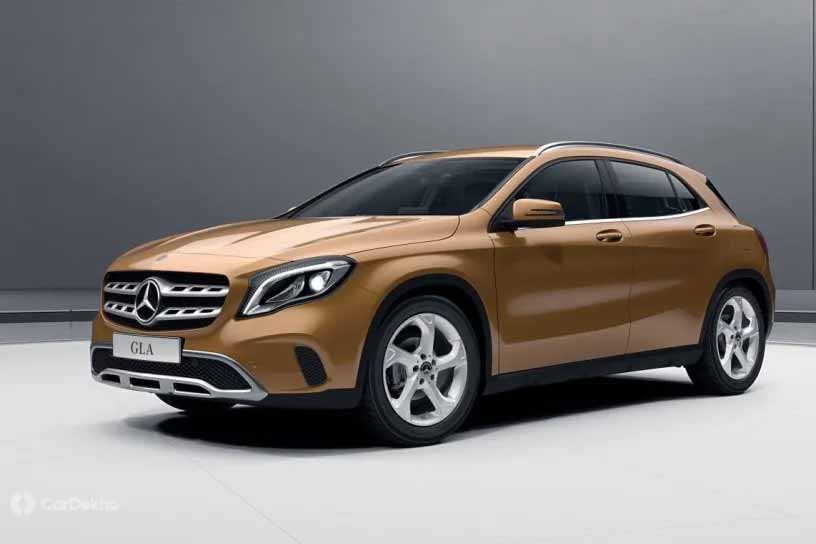 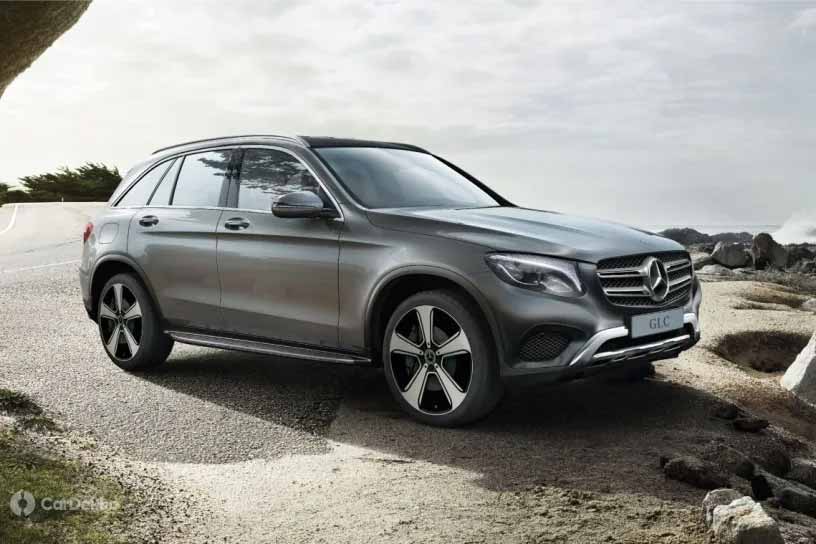 GLB SUV prototypes were spotted undergoing tests last year, so its square and boxy appearance isn’t surprising. Imagine the concept without the extra roof frame and with all-season tyres, and it appears almost production-ready. The off-road tyres are wrapped around 17-inch alloys, but we can expect the production version to get bigger 18-inch units. 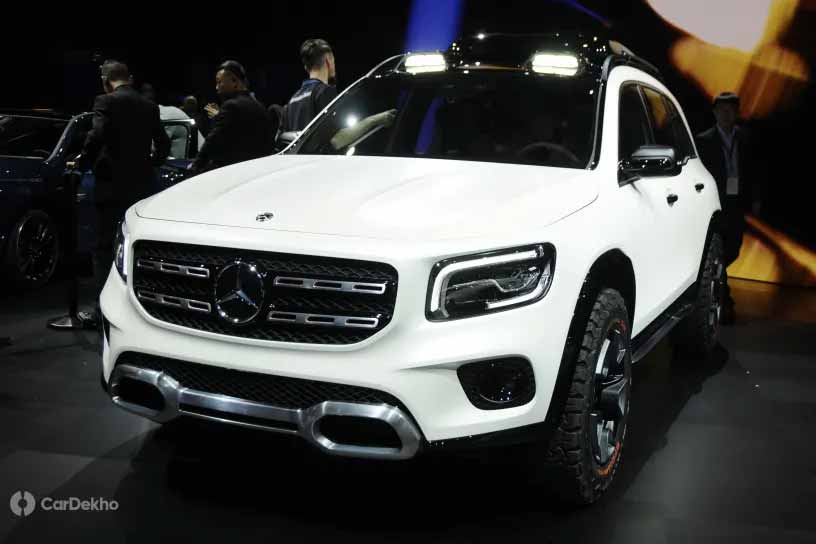 The GLB concept features black cladding all around, and that should make its way to the production model as well. So should the large front grille and rectangular headlamps with split DRLs. Since it’s presented as a rugged SUV concept, it features black door handles, but these are likely to be replaced with body-coloured units on the regular production model. Mercedes-Benz has opted to keep the rear design simple and it looks handsome, to say the least. 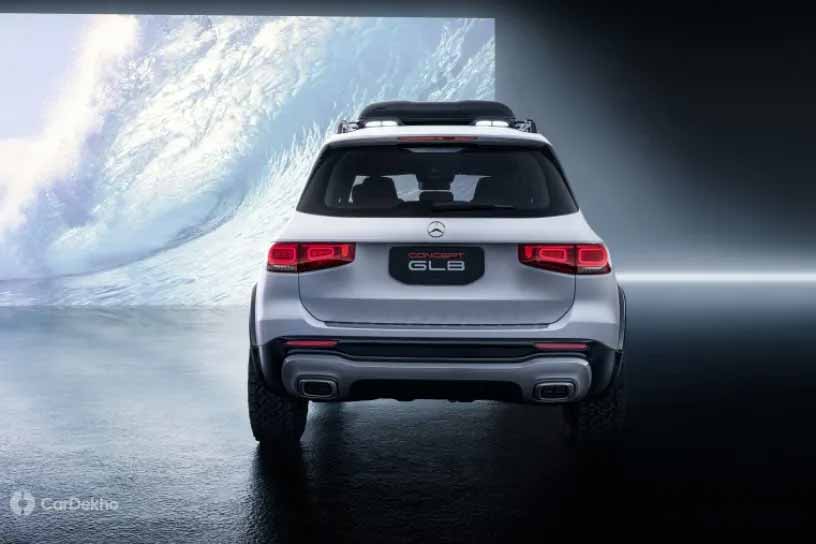 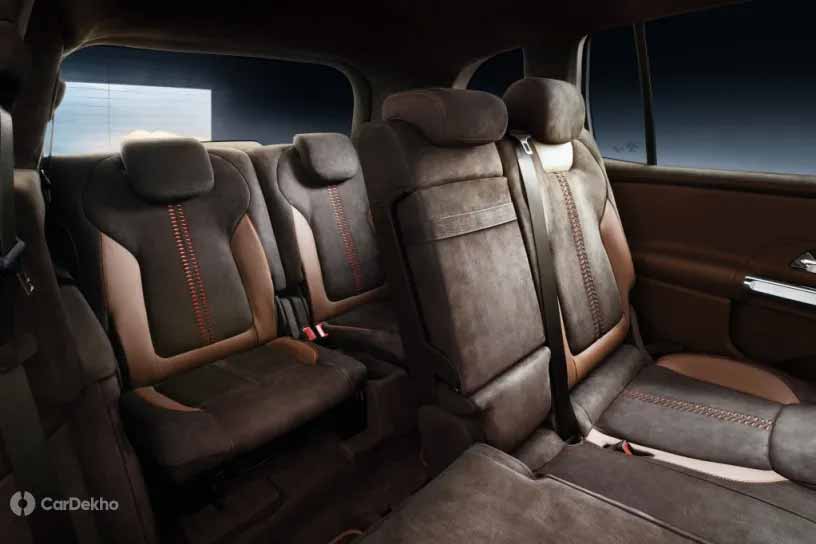 The Concept GLB is a 7-seater and it’s the first Mercedes-Benz compact SUV to feature a three-row layout. The luxury carmaker says that the rear seats are “far more than emergency seats, and offer comfortable seating for two medium-sized occupants”. Take a look at the image of the rear seat, and while we can agree that the headroom appears decent there, the seats (particularly the seat base) do appear small and suitable for growing kids only.

But that’s not disappointing, at least for me. And that’s because I have set my expectations correctly. The GLB should be a comfortable car for a family of five with one growing kid - with four people in the front two rows and one in the third, it should have enough room for everyone. Since the second row can slide forwards and backwards, legroom in the third-row is adjustable. 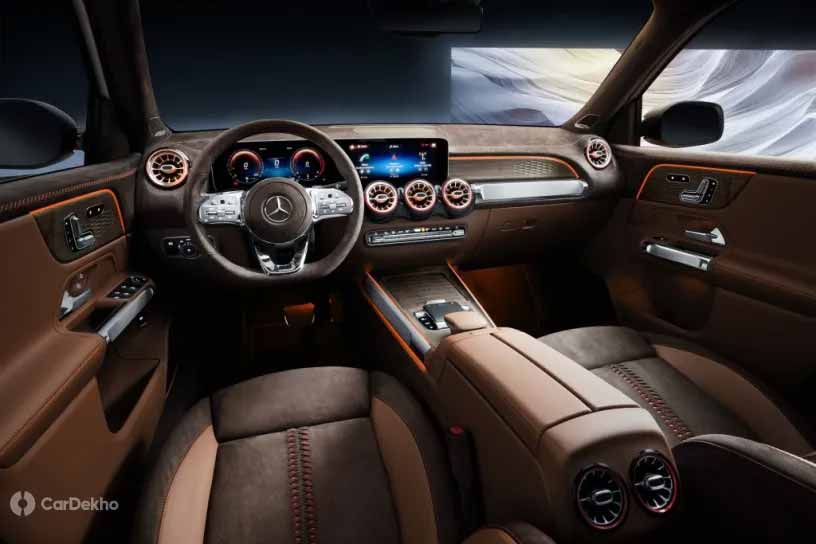 The interior of the GLB concept is finished in brown, but expect the regular production model to get a black or beige scheme as well. The dashboard design is similar to that of the latest B-Class and it gets a wide touchscreen with Merc’s MBUX infotainment system.

Mercedes-Benz has not yet revealed the GLB entirely and so we don’t have a list of powertrains for the upcoming SUV. The Concept is powered by a 2.0-litre petrol engine codenamed the M 260. The engine is paired with an 8-speed dual-clutch transmission and can deliver a maximum output of 224PS and 350Nm. Given the concept’s rugged appearance, it gets Mercedes-Benz’ 4MATIC permanent all-wheel drive system. Expect the production model to be available with an array of engines, including diesel engine and hybrid options. 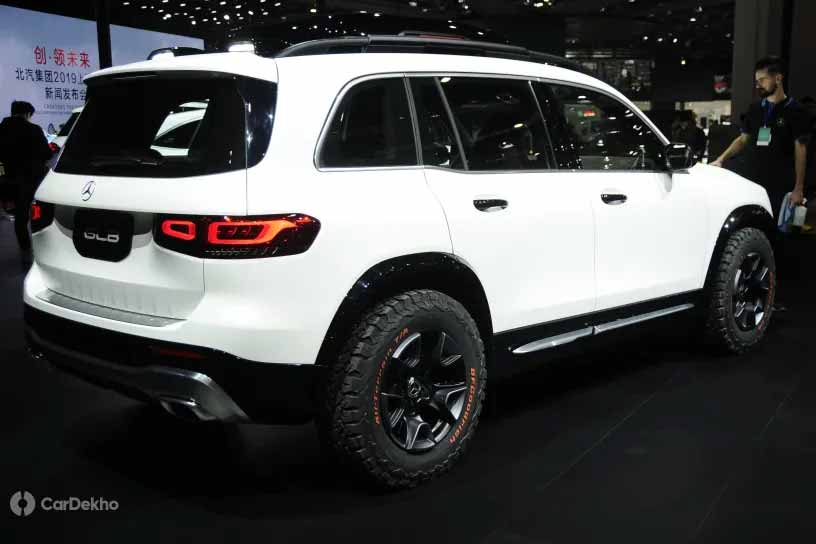 While Mercedes-Benz is yet to officially announce the GLB for India, it looks perfect for our market. Given how aggressive Mercedes-Benz is when it comes to bringing its global products to India, the GLB should arrive here by 2020.