MG’s first product for India packs plenty of tech, features and looks every bit premium. But does it actually deliver? 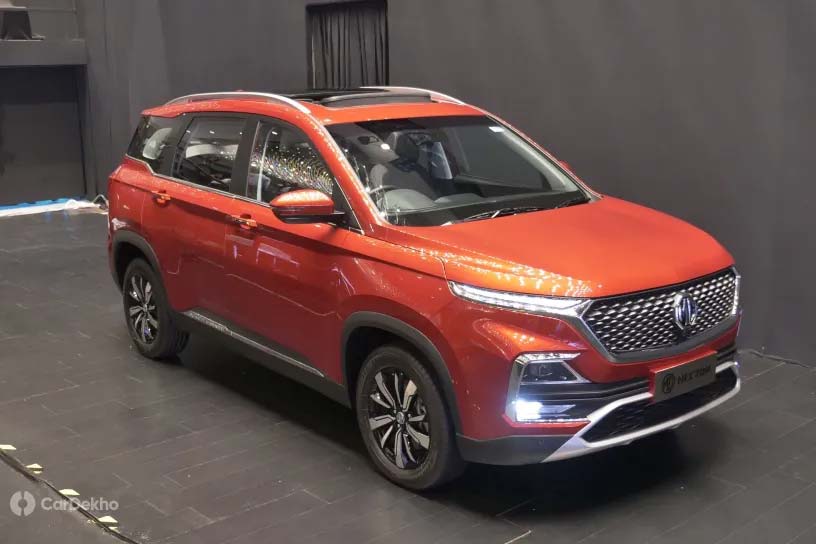 It’s not easy being an MG Hector. It not only has the onus of introducing the MG brand to you and me, but also needs to make an impression that ensures we take MG seriously with their subsequent products. We got to spend a few hours with the Hector as it was unveiled for the first time. Here are a few takeaways:

Does it look good in person?

MG’s Hector has size on its side. In a sea of raised hatchbacks masquerading as SUVs, this one stands out. The sheer length and height make it command attention. We had the same feeling when we first laid eyes on the Harrier. And, speaking of the big Tata (that’s already 2XL) — the Hector is longer, taller and boasts of a larger wheelbase too! That said, it does look a tad narrow when you dial in the otherwise plus-sized proportions. 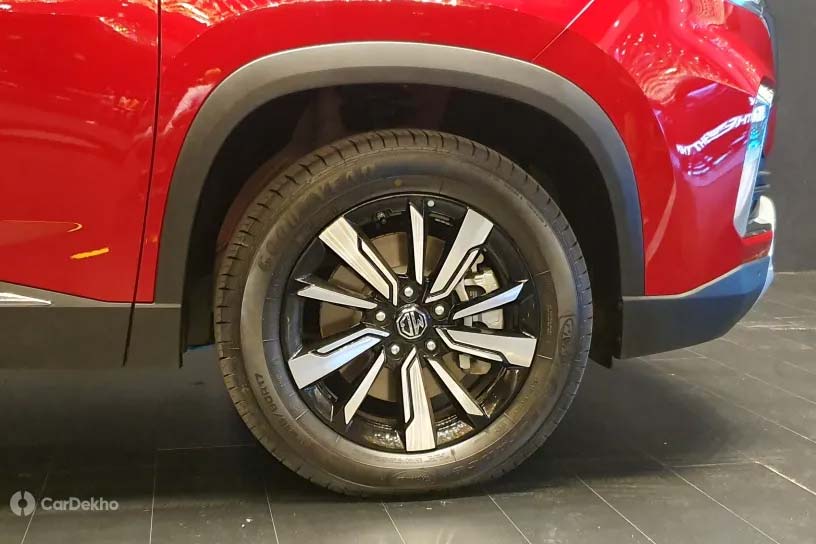 In the larger scheme of things, the 17-inch machine-finished alloy wheels too look a bit meek. Wrapped in 215/65-section Goodyear tyres, the wheels are easily lost in the bulk of the side profile. We’d have loved to see bigger wheels (maybe 18-inchers) to fill up the wheel wells better. 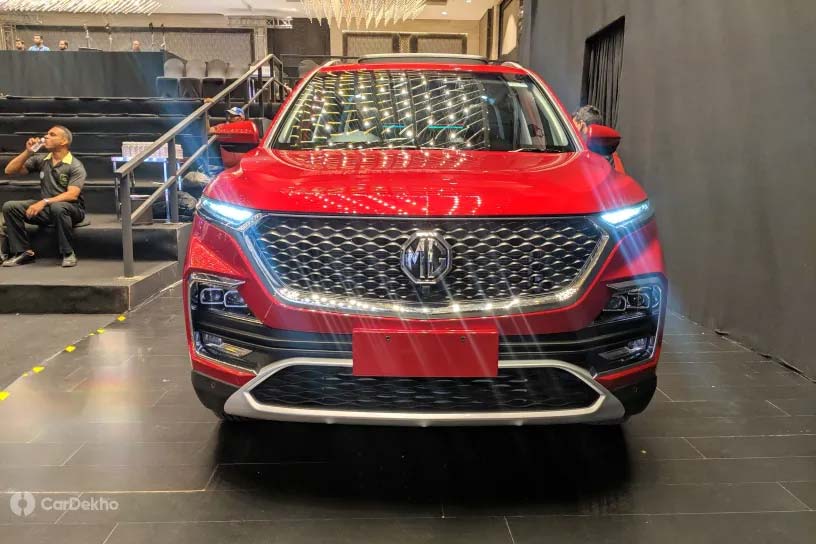 As far as design goes, the Hector cuts a handsome face. The slender daytime running lamps up top are akin to what we’ve seen on the Harrier. And just like the Tata, these too double up as turn indicators. Here though, they light up in an Audi-like 'floating' pattern. It also packs a quad projector headlamp setup that gets white LED lighting, and you get white LED fog lamps as well. From the rear, it’s quite Audi Q5-ish to look at with the LED taillamps being placed on the large hatch door. 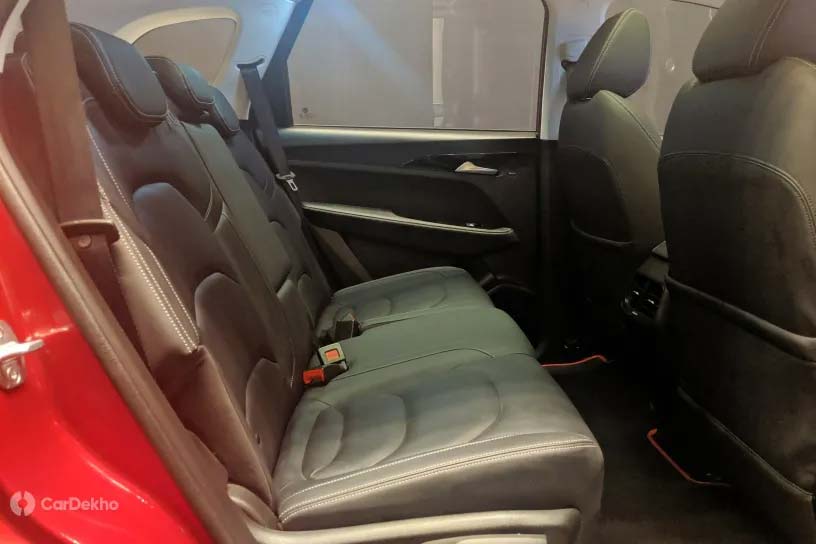 Getting in and out of the Hector is an easy affair. And once you’re in, you’ll appreciate the soft cushioning on the seats. If you are going to be chauffeured around, the rear seats will impress yet again. There’s ample knee room, and there’s enough width for three occupants to sit comfortably too. Since the floor is flat, the middle occupant doesn’t have to jostle for foot room either. But, the rear seat’s party trick is a recline function that lets you kick back and relax. 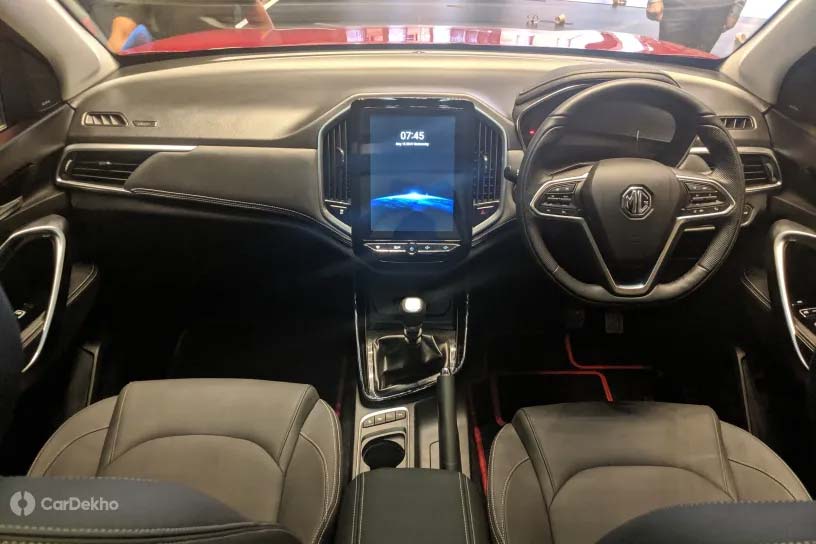 The front half of the cabin though, will leave you with mixed impressions. For starters, the plastics are hard and scratchy on the top portion of the dashboard as well as the door pads. MG has added a dollop of leatherette  on the dash, on top of the instrument cluster and on the elbow rests. While this does lift up the experience a bit, it doesn’t feel outright premium. The design, doesn’t wow you as much as say a Harrier’s dash would. Also, we’d have liked to see some more attention to detail in the fit-and-finish department. None of the panel gaps are glaring or deal breakers — they simply feel unwanted in a car that’s expected to cost as much.

However, MG is looking to deliver your money’s worth in terms of equipment. The manufacturer has gone to town equipping the Hector with the latest technology. You’ve got front and rear parking sensors, a powered tailgate, a 360° camera, a 7-inch digital driver’s display as well as ambient lighting. The piece de resistance, of course, is that gigantic panoramic sunroof. 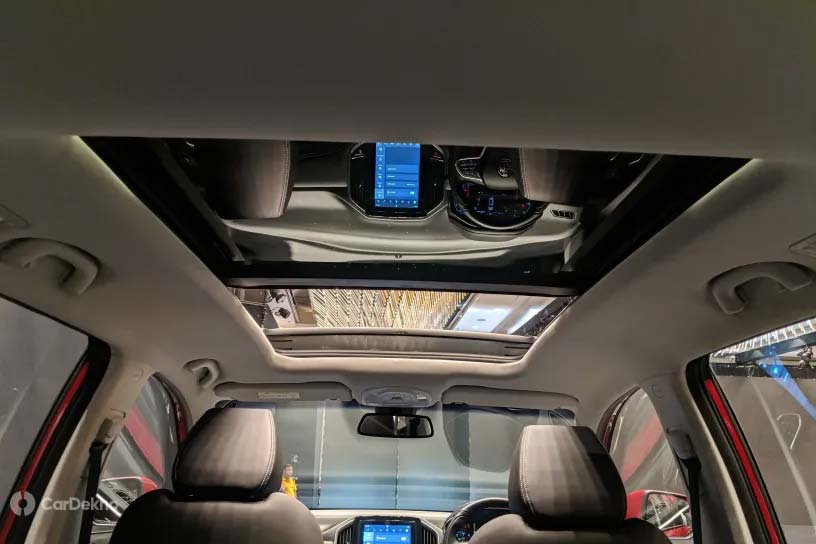 In terms of safety, MG has assured us that even the base-spec Hector won’t skimp out. Dual airbags, rear disc brakes, ABS with EBD, ISOFIX child seat mounts, electronic stability program and traction control are all offered as standard. The higher variants get side and curtain airbags, taking the tally up to six. Lest we forget, there’s a tyre pressure monitoring system and heated wing mirrors on offer as well.

What’s this ‘iSmart’ all about? 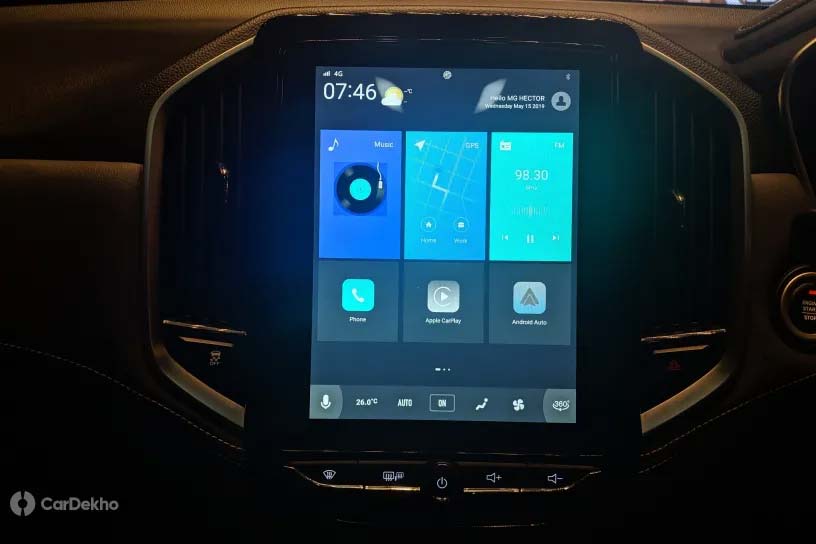 The Hector’s dash is dominated by a massive, 10.4-inch vertical touchscreen. Consider this as the command centre for your car. You can control practically everything from right here. So much so that MG has chosen to not give the Hector physical air-conditioning controls! MG claims to have worked quite a bit on voice recognition. You can activate this by simply saying “Hello MG”, and it can obey a range of commands - including switching on the music, setting the temperature you like, and opening the sunroof for you.

There’s an embedded SIM bundled in as well that gives the Hector an extra suite of connected car tech. Since the car is now ‘connected’, you can track it, switch it on/off, turn-on the air-conditioning and even open the boot from the comfort of your home. Does this alter your ownership experience drastically? We think not. But it’s definitely a nifty feature set to have. 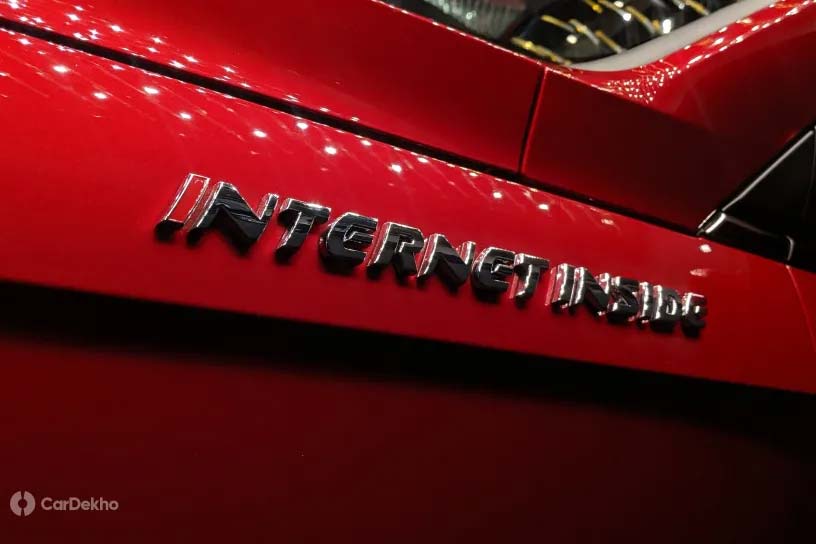 PS: MG has (rather cheekily) put an ‘Internet Inside’ badge on the Hector. Talk about driving the point home!

How does it drive? 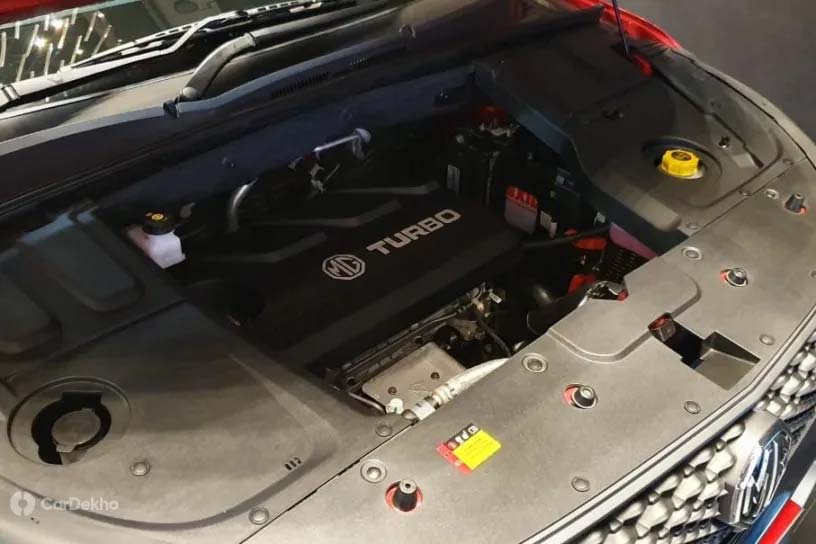 We’ll be driving the Hector in the first week of June. So, bear with us till then. However, MG has confirmed the engine options for the SUV. You get to pick between two engines - a 1.5-litre turbocharged petrol, and a Jeep-sourced 2.0-litre diesel. The petrol motor makes a healthy 143PS of power and 250Nm of torque, whereas the diesel is good for 170PS and 350Nm. A 6-speed manual gearbox is offered as standard across the range. It’s only the petrol motor that gets an optional dual-clutch automatic. 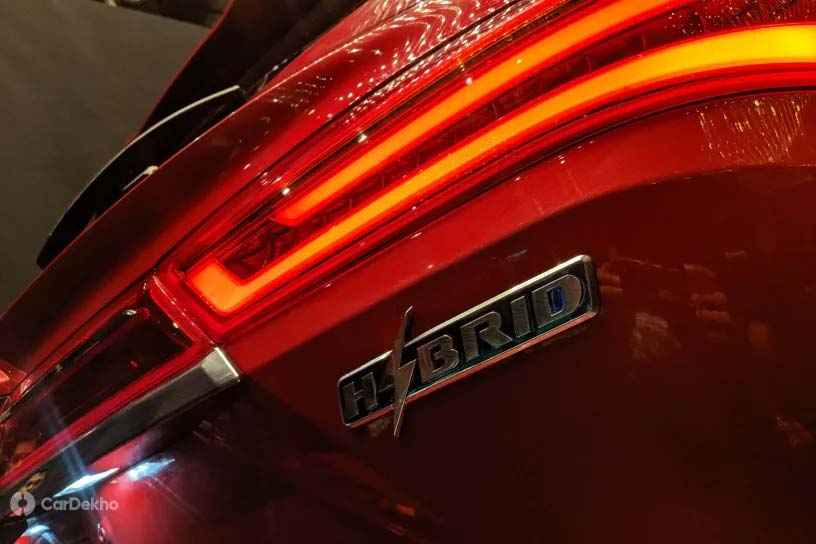 Additionally, you can have the petrol engine with a 48V mild hybrid system as well. This setup consists of a battery and an electric motor that takes over under low load conditions, and assists the engine with upto 20Nm of torque when you step on it. There’s auto start-stop and regenerative braking tech on offer as well, ensuring the Hector sips frugally. Do note that the petrol-hybrid will be not be offered with the automatic gearbox. 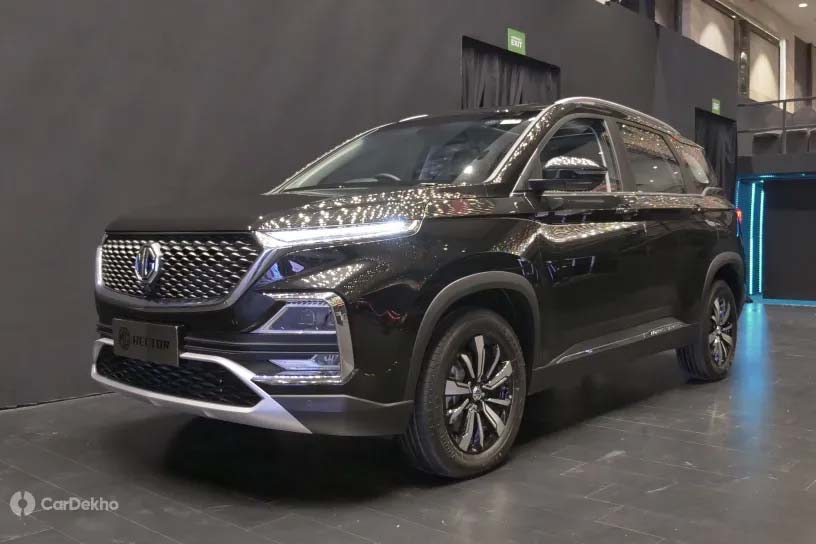 Yes. MG’s Hector has been a pleasant surprise in terms of the space on offer, and the bucketful of technology it packs does make it rather tempting. It has the presence you and I would expect from an SUV too. On first impressions, there are no glaring errors here - save for the want of a slightly better put together cabin. But, we’d reserve our judgement till we spend more time with it next month. 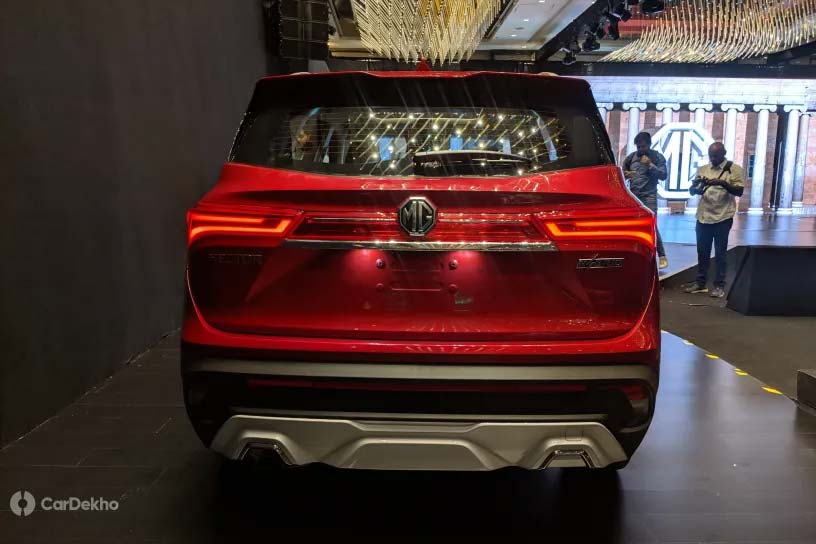 The SUV is expected to be priced between Rs 15 lakh - Rs 20 lakh (ex-showroom). At that price, it will go up against the Tata Harrier, Mahindra XUV500, Jeep Compass and the Hyundai Tucson. MG has 120 touchpoints set up across the country as it readies for launch in mid-June. That figure will be bumped up to 250 by September 2019.

Finally, we’re as anxious and excited as you are to know how MG fares in the long run. That said, on first impressions, it does seem to deliver what it had promised.