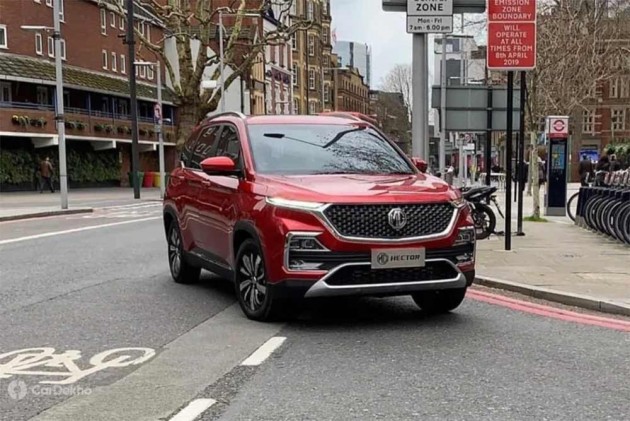 The MG Hector, which is set to be the company’s first offering in India, has been spied undisguised for the first time ever. The mid-size SUV was spotted in the UK while shooting for a TV commercial with Doctor Strange actor, Benedict Cumberbatch, behind the wheel. The Tata Harrier-rival is set to make its official debut in May, which will be followed up with a launch in June.

The MG Hector gets a large honeycomb front grille with a big MG logo at the centre. Dual-function LED DRLs find a place over the headlamps and flank the grille. The DRLs double up as dynamic turn indicators too. The headlamps, which are likely to be LED units, and the fog lamps are housed lower in the bumper. 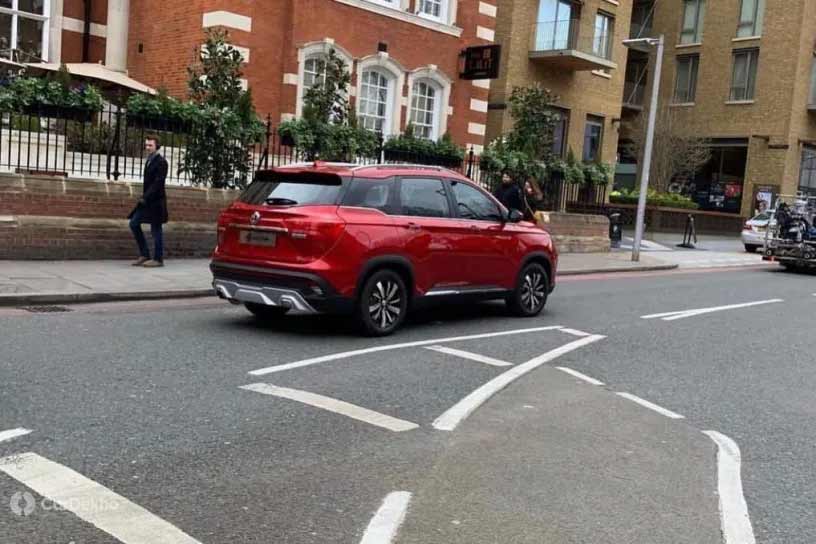 The side profile looks clean with blacked-out B, C and D pillars and a sharp shoulder line running across the width of the car. It also gets a floating roof effect and squared-off wheel arches that lend the SUV a modern appeal. The Hector gets multi-spoke alloy wheels that look a tad small for its size. A shark-fin antenna can also be seen on the roof at the back.

At the rear, the Hector seems to have taken inspiration from Audi SUVs, especially in the way the tail lamps are designed. There’s a dual-tone bumper with a silver colour skid plate as well. 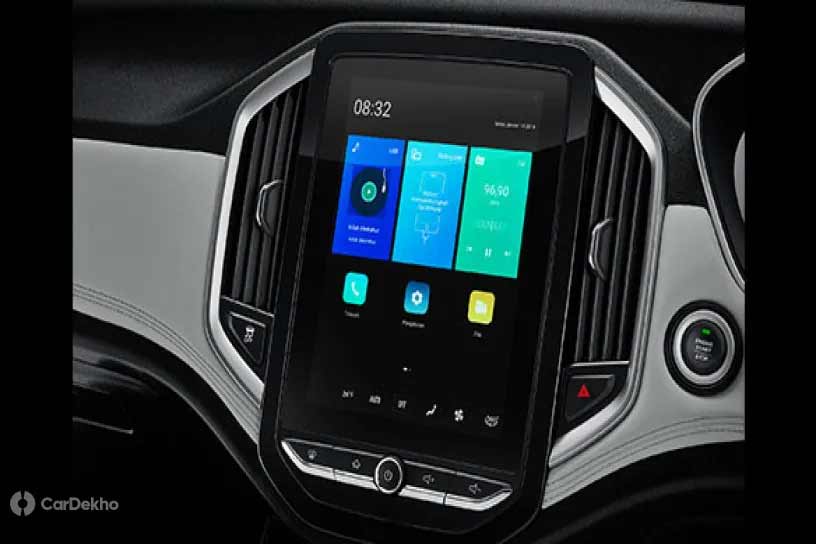 The interior of the production-spec MG SUV has not been spied yet. However, it is expected to get a segment-first 10.4-inch touchscreen infotainment system. It will also be equipped with a 7-inch digital instrument cluster flanked by the speedometer and tachometer, and e-sim technology for internet connectivity. Other features that are expected to make their way to the Hector include a panoramic sunroof, automatic climate control, push-button start and leather upholstery.

The MG Hector will be offered with both petrol and diesel engine options. The diesel Hector will be powered by the same Fiat-sourced 2.0-litre unit that powers the Jeep Compass. In the Jeep, it produces 173PS of power and 350Nm of torque. The petrol version, on the other hand, will be powered by a 1.5-litre turbocharged unit that churns out 143PS and 250Nm. Where the 2.0-litre diesel unit is expected to be offered with just a 6-speed MT, the 1.5-litre turbocharged petrol will be available with a 6-speed dual-clutch automatic transmission as well.

When launched, the Hector will rival likes of the Tata Harrier, Jeep Compass and the Hyundai Tucson. It is expected to be priced from Rs 15 lakh to Rs 20 lakh (ex-showroom).