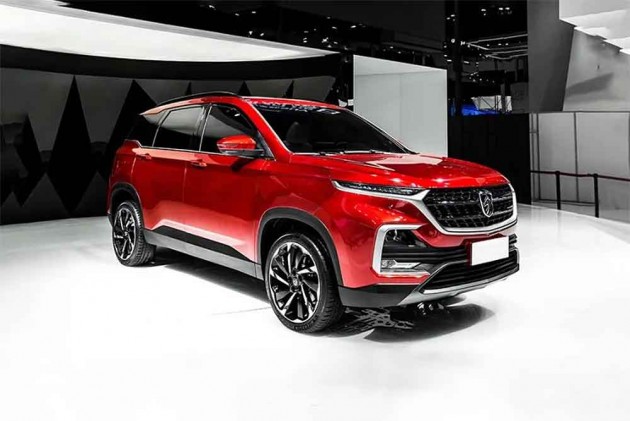 MG Motor is planning to launch the Hector SUV in India in June 2019. While we obviously await an official confirmation of its creature comforts and feel-good features, the SUV will be packing much more than that. MG will be fitting the Hector SUV with an eSIM, which basically means in-built internet connectivity for the car, along with a bespoke OS (operating system) in the mix.

With the eSIM implant, the Hector SUV will provide a tailor-made connected experience to owners in terms of navigation, applications, multimedia and even transactions. The MG Hector gets IPv6 (Internet Protocol version 6), which happens to be the latest version of the framework. It will also receive the latest OTA (over the air) updates from the brand, which will free MG Motor of physically calling the cars at service centers for minor software updates. Reportedly, the platform will be able to relay car health in real time to the driver. The MG Hector is expected to be one feature-packed SUV as it is likely to receive LED headlamps with LED daytime running lamps, a big panoramic sunroof, 10.4-inch tablet-like touchscreen infotainment system with Android Auto, Apple CarPlay and voice command system. It will also get a 7-inch digital screen for the instrument cluster, featuring TPMS with individual tyre temperatures for further convenience.

Engine options on the MG Hector will include the same 2.0-litre Multijet diesel engine from the Jeep Compass, mated to a 6-speed manual transmission. With the slightly favourable scenario for petrol-powered SUVs, MG will also be bringing its own 1.5-litre turbo-petrol engine that develops 143PS of power with 250Nm of torque coupled with a 7-speed DCT (dual clutch transmission).

The MG Hector SUV will compete against the likes of the Tata Harrier, Jeep Compass and the Hyundai Tucson. Expect prices to range between Rs 15 lakh and Rs 20 lakh (ex-showroom Delhi).