The upcoming bike features in a new advertisement video by Bajaj.

Coming back to the new Dominar 400, the video advertisement begins with a shot of the bike. The company’s flagship is pictured in a diverse set of landscapes, which points to the touring-focused image that Bajaj perhaps wants to cultivate for it. Interestingly, there’s a shot where four Dominar 400s of different colours are pictured together. These colours are white, black, blue and red, and are likely to be made available at launch. However, the golden alloy wheels that were recently introduced on the bike are nowhere to be seen in the advert. 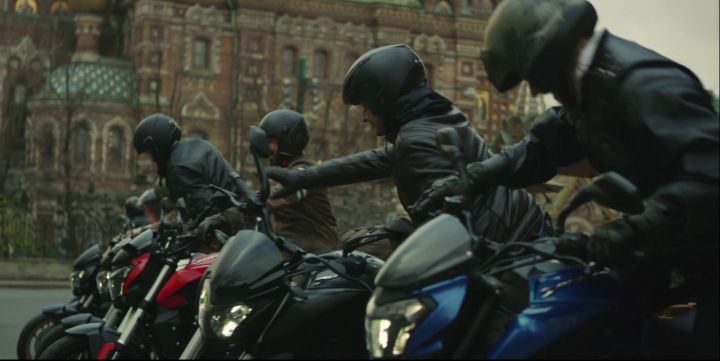 The video also offers the clearest look yet of the new Dominar 400’s USD forks. As reported by us earlier, these forks are made by Endurance and should offer better damping performance. That said, we hope Bajaj has re-tuned the monoshock setup to offer a more pliant ride. The new bike’s reworked exhaust system is also clearly seen in the video. The new Dominar 400 will feature a twin-port exhaust canister with a reworked catalytic converter. Because of the latter, it’s expected that the Bajaj Dominar 400 will be BSVI-compliant at launch. The stringent emission norms will come into effect in 2020 and it makes sense for Bajaj to launch its flagship ready for the new norms. The reworked exhaust system has also given the new Dominar 400 a much throatier- and bassier-sounding exhaust note. Bajaj has also bundled in a second digital display on the bike’s tank and it has read-outs for the gear position, odometer, two trip meters and a clock.

Mechanically, Bajaj is expected to retain the same 373.2cc, single-cylinder, liquid-cooled engine that is mated to a 6-speed gearbox. In the existing bike, the engine churns out 35PS of power and 35Nm of torque. A slight increase in the power output of the new bike cannot be ruled out. All these updates are likely to increase the 2019 Bajaj Dominar 400’s price by around Rs 10,000 to Rs 15,000. Bajaj dealerships are already accepting bookings for the new bike for an amount between Rs 1,000 to Rs 5,000.

As for launch date, the first week of February looks likely. When launched, the new Dominar 400 will go up against the Mahindra Mojo XT 300, the Jawa and the Royal Enfield Thunderbird 350 X.