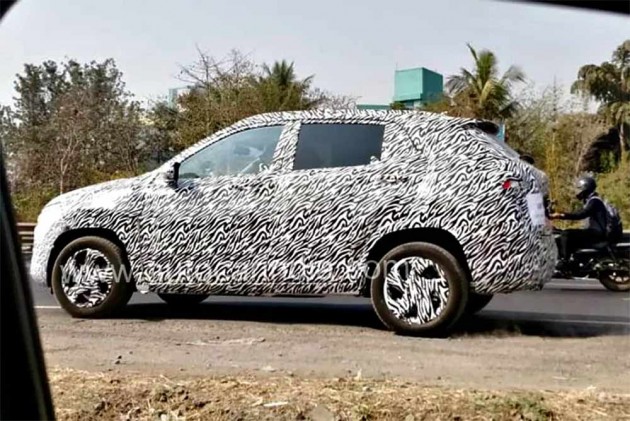 A Creta-sized MG compact SUV has been spotted testing for the first time in India. The camouflaged test mule looks similar to the 510 compact SUV from Baojun. MG or Morris Garages has recently opened its brand-owned showroom in Gurugram and will launch its debutant product, the Hector mid-size SUV, in Q2 2019. MG is reportedly studying its compact SUV contender with this left-hand-drive camouflaged test mule. If greenlighted, the 510-based SUV might launch in 2020 as MG’s third product as announced, after the upcoming Hector and all-electric SUV, both of which will launch in 2019. The India-spec SUV would primarily go up against the Hyundai Creta along with the Kia SP-based SUV, Nissan Kicks and the Renault Duster. Talk of dimensions of the 510, and at 4,220mm, it roughly is the same size as the Creta (4,270mm) and will feature similar styling as its big brother, the Hector. Overseas, the 510 is available with a 1.5-litre naturally aspirated petrol engine with a standard manual transmission as well as an automated manual transmission (AMT) with paddle shifters. It remains to be seen what powertrain MG chooses if it plans to offer this SUV in India.

We know that the MG Hector will be a feature-rich SUV and will get a digital instrument cluster, a large touchscreen infotainment system and a panoramic sunroof. The smaller SUV too could follow the same footsteps. Some of the goodies we expect to be on offer are a panoramic sunroof, cruise control, and heated and folding outside rearview mirrors and an 8-inch LCD infotainment system. If this SUV comes to India, it would be pitched under the Hector in MG’s lineup.