The new motorcycles are based on the trusted Classic platform 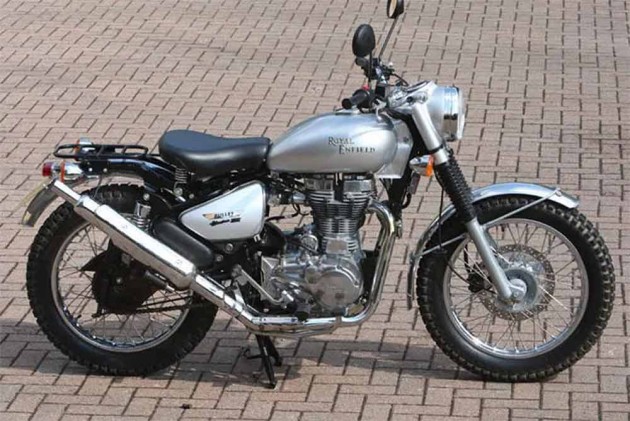 We had been awaiting the announcement from Royal Enfield that they are looking to follow up the success of the 650 twins with the new Trials siblings. There were reports suggesting that Enfield was building a slightly off-road-biased scrambler of sorts based on the Classic platform. Finally, we have received a teaser video from Royal Enfield itself for the media ride. Not just that, they have revealed that the new Trials 350 and Trials 500 will be launched in India on March 27.

Earlier, rumours suggested that the new bike could be named either “Scrambler” or “Trials.” After speaking with a few Royal Enfield dealers we have now come to know that the Chennai-based bikemaker has decided to go with the latter. In foreign markets, Enfield did use to sell a motorcycle with the same name, featuring a raised handlebar, upswept exhaust and dual-purpose tyres. They have tried to replicate the same formula in India as this seems to be a proper factory custom effort. For instance, the majority of the components found on the motorcycle are unchanged from their existing parts bin of the Classic. However, the illumination units seem to be taken from the new 650 platform. That does mean you miss out on LEDs but they are smaller than the Classic ones. From what we can determine from the teaser, the frame as well as the swingarm will bear a striking colour that contrasts with the shiny chrome panels. It gets an emblazoned 3D “Royal Enfield” badge on the tank and fork gaiters.

On the ergos front, the bars seem to be wider and raised in comparison to the Classic motorcycles. Although it is hard to make out from the teaser, we figure it should contain a braced member, much like the one found on the Interceptor 650. Or it might just be offered as an accessory. The rest of the rider triangle does not seem to have changed. What is amiss on the Trials is a pillion seat as well as the necessary peripherals for it. Instead you get an luggage rack to mount your bags. Most importantly, our bike will be an identical spec to the international bike as one need not kit it with a saree guard! The Trials will appear with two engine options - the 350 and the 500. It is unlikely that Enfield will change the tuning for the bikes as both motors have more than adequate low-down torque. What is different is the end-can is radically upswept, which should help it cross those nasty rivers while going to Ladakh. Will it retain the classic thump heartbeat? The Bulleteers do hope so.

It gets conventional telescopic forks and dual rear shocks with disc brakes at both ends. Dual-channel ABS will be standard and we figure that it would not get switchability as even the RE Himalayan does not get that function.

The 19/18-inch wheel setup seems to have been picked up straight from the Classic. But to aid its off-road capabilities, RE is kitting out the Trials with dual-purpose tyres. It seems to be Ceat’s GRIPP tyre as the rubber manufacturer already has the shoes ready for aftermarket usage.

How much of a premium would you end up paying for the Trials over the Classic? A fair assumption would be a Rs 10,000 hike, which seems to be par for the course for the new parts. As such, the Trials 350 will be the cheapest scrambler(-ish) motorcycle on sale in India, with the 500 version equally affordable. The next motorcycle in this genre is the Triumph Street Scrambler which was recently launched at Rs 8.55 lakh. We will be riding the bike on 27 March.