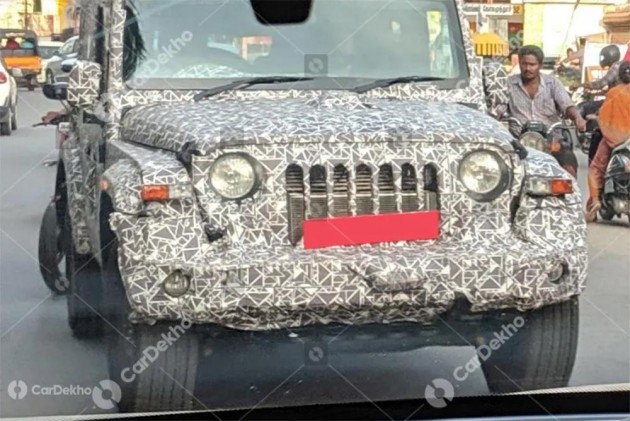 The 2020 Mahindra Thar has been spied testing again. This time, the SUV was spotted undergoing emission testing. While we already have an idea of how the SUV will look on the outside, the new images reveal more details of the SUV’s cabin.

Although it features a new dashboard, the basic layout looks similar to that of the current Thar, which is inspired by the previous-gen Jeep Wrangler. The central console features a spot at the top for installing a music system and a set of circular AC vents as well as controls below them. Mahindra could offer a 7-inch touchscreen with Android Auto and Apple CarPlay on higher models of the Thar this time around. Thankfully, the Thar will now get an all-black cabin instead of the dual-tone black-biege interior in the outgoing model. Lighter coloured interiors are prone to get dirty and given the Thar is a full blown off-roader, it made little sense. 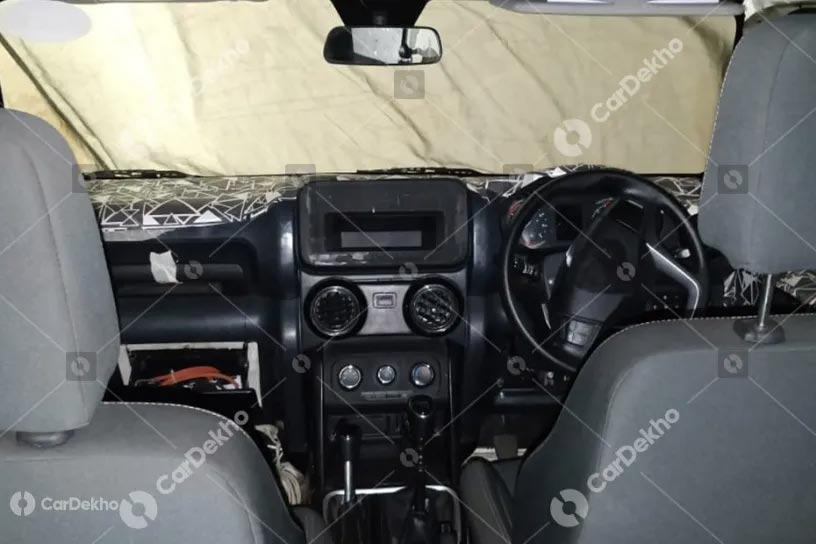 The new Thar borrows its steering wheel from the TUV300 and features controls for music system on the left spoke, while the right spoke doesn’t feature any controls. Unlike its predecessor, the new Thar will also feature power windows as the controls are visible on the central tunnel just behind the gear lever. The instrument cluster appears premium with a large  MID flanked by twin dials. Safety features like dual-front airbags, ABS with EBD, rear parking sensors, high speed alert system and driver and co-driver seat belt reminder are also expected to make way to the second-gen Thar. 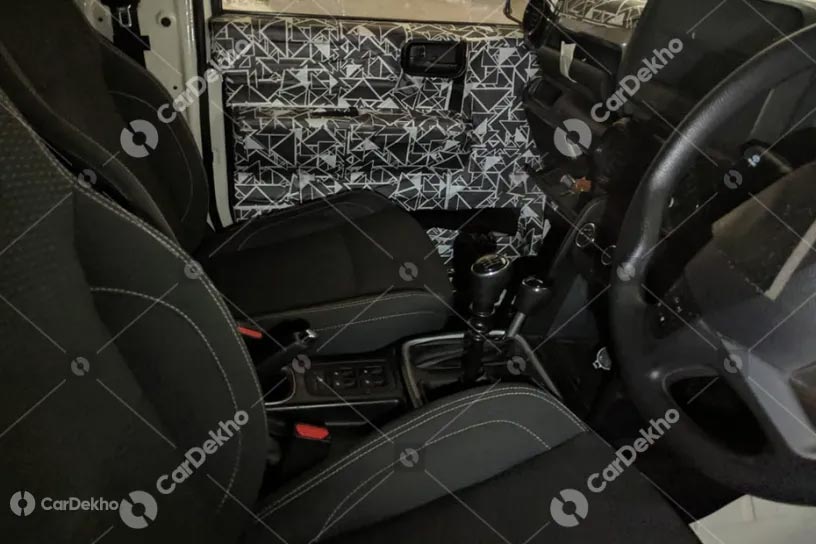 The second row seats are not visible in the latest set of images. However, it is expected to feature front facing seats, at least in the hardtop version, instead of the side facing seats on the current Thar. Since a total of four power window switches are visible in the picture, the rear windows should also roll down in the hardtop version. However, it continues to get a 3-door setup, unlike the Jeep Wrangler, which is available in a 5-door avatar as well.

Under the hood, the second-gen Thar is expected to get a new 2.0-litre BS6 diesel engine mated to a 6-speed MT (visible in the picture). It will continue to get a 4WD option with a low-range gearbox, like the current-gen Thar. 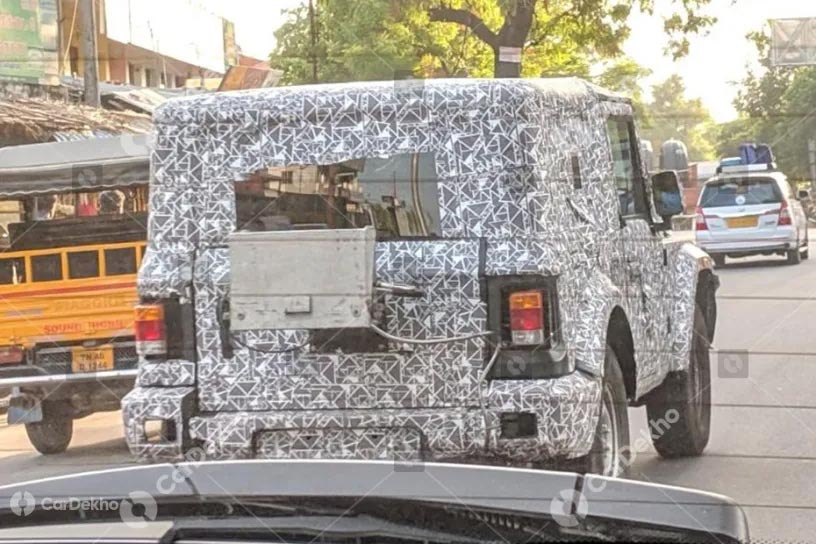 As far as looks go, the new Thar carries forward with classic Jeep CJ-like front profile. It will get plastic bumpers at both front and rear in order to be compliant with upcoming pedestrian safety norms. It features circular headlamps and tail lamps just like the outgoing model and the Wrangler. However, the bumpers now house fog lamps unlike before.

Mahindra is expected to debut the new Thar at the 2020 Auto Expo. Expect it to go on sale soon after that. Given the expected additional features and BS6 engine, it should be priced higher than the current model, which retails at Rs 9.49 lakh (ex-showroom Delhi).