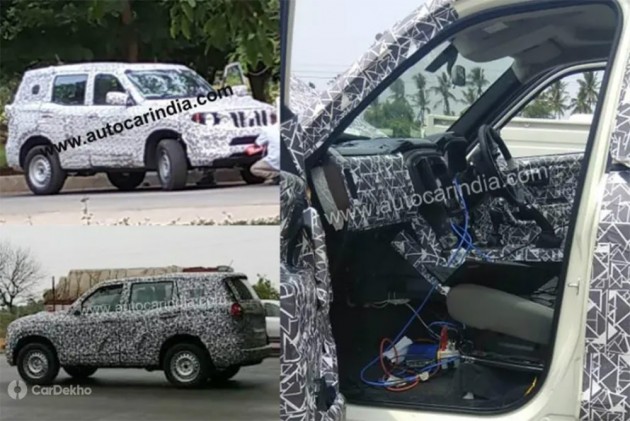 The 2020 Mahindra Scorpio’s interior has been spied.

The upcoming next-gen Mahindra Scorpio has been spied again and this time with a peek inside its cabin. While the insides were also covered in camouflage like the outside, a new dashboard layout was distinctly visible.

Expected to be based on a new ladder-frame platform with a new BS6 diesel engine, the next-generation of the Scorpio will also likely sport a reworked interior design language. From the latest spy shot, the new dash seems more premium than the current version, with a provision for a larger touchscreen infotainment unit. It currently gets a 7-inch display and the new Scorpio may get a new 8.0-inch touchscreen unit as seen on the Alturas G4. Lower variants are likely to get the updated 7-inch unit seen on the XUV300 and Marazzo. Reports also suggest that the 2020 Scorpoio will only feature a forward-facing third-row seat to meet the latest safety norms. It also appears that the new Scorpio will offer dual-tone dashboard with balck-and-chocolate brown theme. 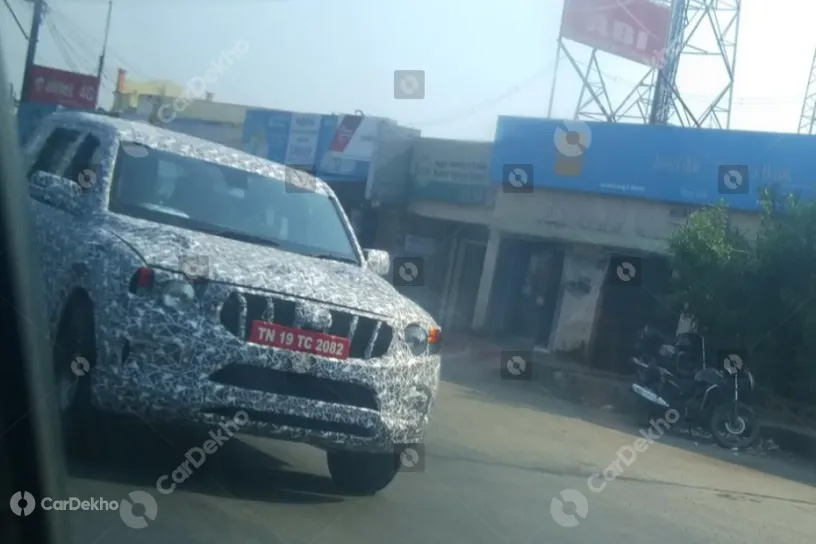 The exterior of the upcoming Scorpio suggests that it will be bigger than the current model with a revamped design. In terms of engines, the next-gen model is expected to feature a new 2.0-litre BS6 diesel engine at least in higher variants. This new engine is likely to be offered on the 2020 Thar as well. Mahindra is expected to showcase the new Scorpio and Thar at the 2020 Auto Expo.

In its new avatar, the Mahindra Scorpio should be better placed to compete against its monocoque rivals such as the Hyundai Creta, Tata Harrier, Nissan Kicks and Renault Captur. It is currently priced between Rs 10 lakh to Rs 16.44 lakh (ex-showroom Delhi).