Nissan Kicks Vs Creta Vs S-Cross Vs Captur Spec Comparison

Nissan’s latest entrant in the SUV segment goes toe to toe with its major rivals. Does it have what it takes to shake the compact SUV segment? We delve into the spec sheet first 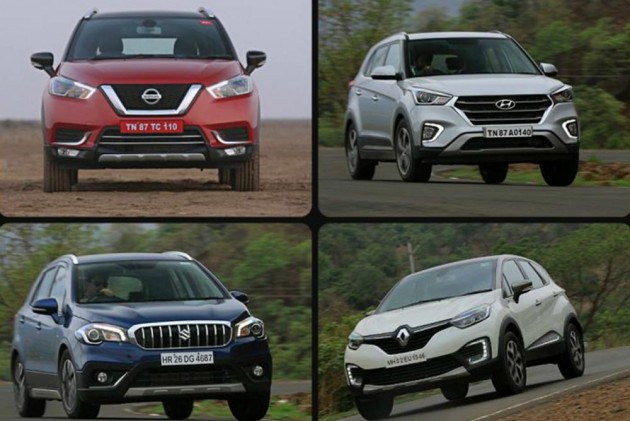 It is well known that Japanese carmaker Nissan is trying to reposition itself in India as a premium mainstream brand, and hopes to do so by introducing its global lineup of cars in the country. The upcoming Kicks is the first piece in this puzzle and Nissan is betting big on it to spearhead an all new range of cars under its revamped strategy for India.

Expected to be priced between Rs 10 lakh to Rs 14 lakh (ex-showroom), the Kicks will compete with the best-selling Hyundai Creta, the Renault Captur and the Maruti Suzuki S-Cross. With Nissan revealing the specifications of the Kicks, let us see if it has what it takes to go head on with its major rivals, on paper.

To kick it off, let’s take a look at how these SUVs compare when it comes to pricing. 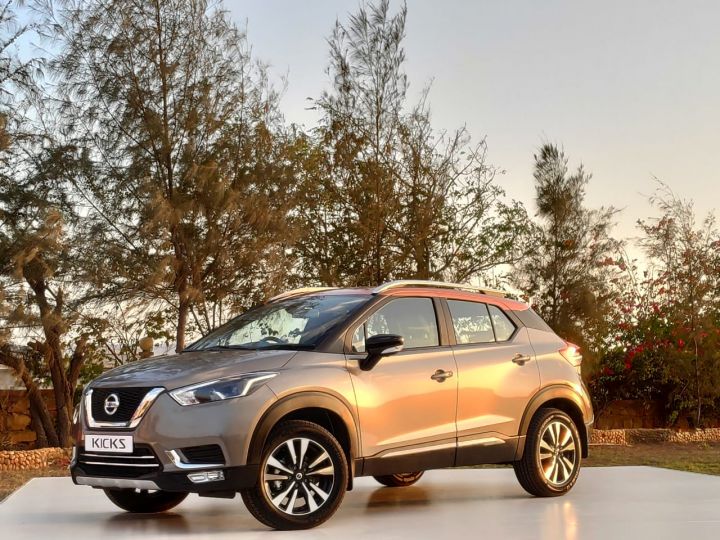 Show me the money?

As you can see, the Maruti S-Cross is the lightest on the pocket among this bunch, but it is worth noting that it also packs the smallest engine, and is also slightly smaller in size when compared to its peers. 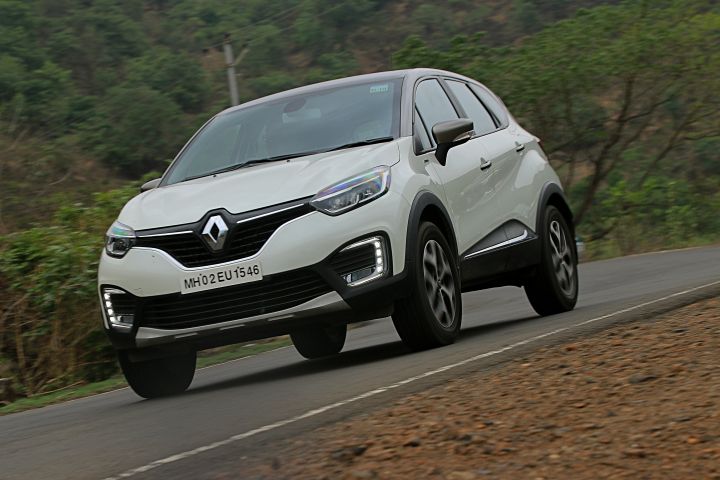 The best-selling compact SUV, Hyundai Creta, which is likely to be the Kicks’ biggest rival, commands a slight premium and we expect the Kicks to match the Creta’s base pricing for the petrol variants, starting at around the Rs 10 lakh mark. Likely to be launched with an introductory pricing, the top petrol and diesel variants of the Kicks are likely to undercut those of the Creta.

While it looks more like a crossover, the Kicks is in no way timid in terms of size, at least on paper. Dimensionally, it’s longer and wider than the Creta. It even has the longest wheelbase here along with the Captur, which is also based on the same B0 platform. Surprisingly, the Creta is the smallest when it comes to length and also has the smallest wheelbase. However, it compensates with its class leading height of 1665mm. The Kicks, alongwith the Captur, has the longest wheelbase of 2673mm and also is the widest SUV of the lot. 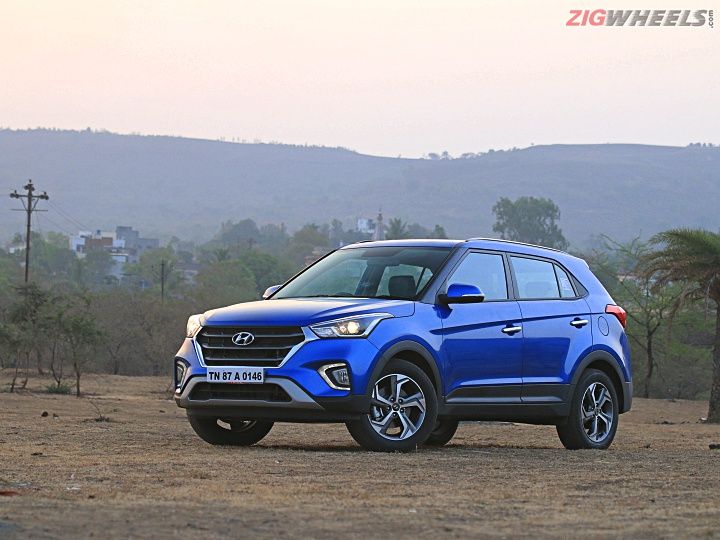 When it comes to engine options, all the SUVs apart from the S-Cross are available with a petrol motor. The S-Cross also packs in the smallest engine with the least power (90PS). However, it is the most frugal of the lot with a claimed mileage of over 25kmpl. 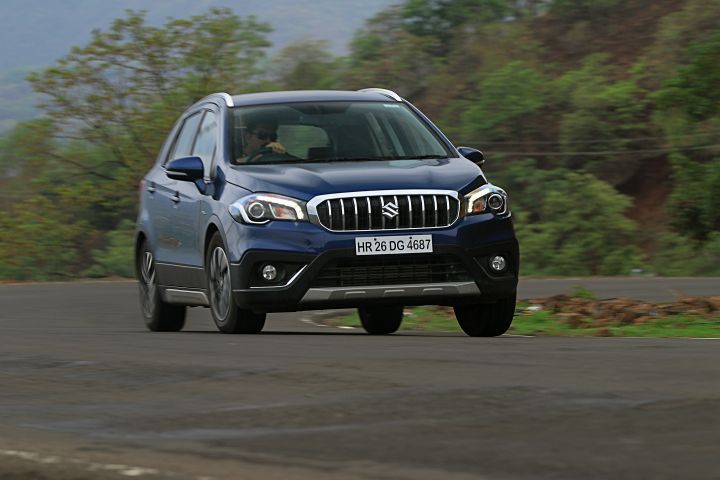 In terms of sheer power output and performance, the Creta leads the pack and by a fair margin. Its 1.6-litre diesel motor makes 17PS and 9Nm more than Kicks’ and Captur’s 1.5-litre engine. Even the petrol engine on the Creta makes 20PS more than the 1.5-litre motor offered on the Kicks and the Captur.

And while the Creta is offered with a 6-speed MT and AT gearbox across both petrol and diesel options, Captur and Kicks are only available with a 5-speed MT gearbox for the petrol options and a 6-speed manual on the diesel option. 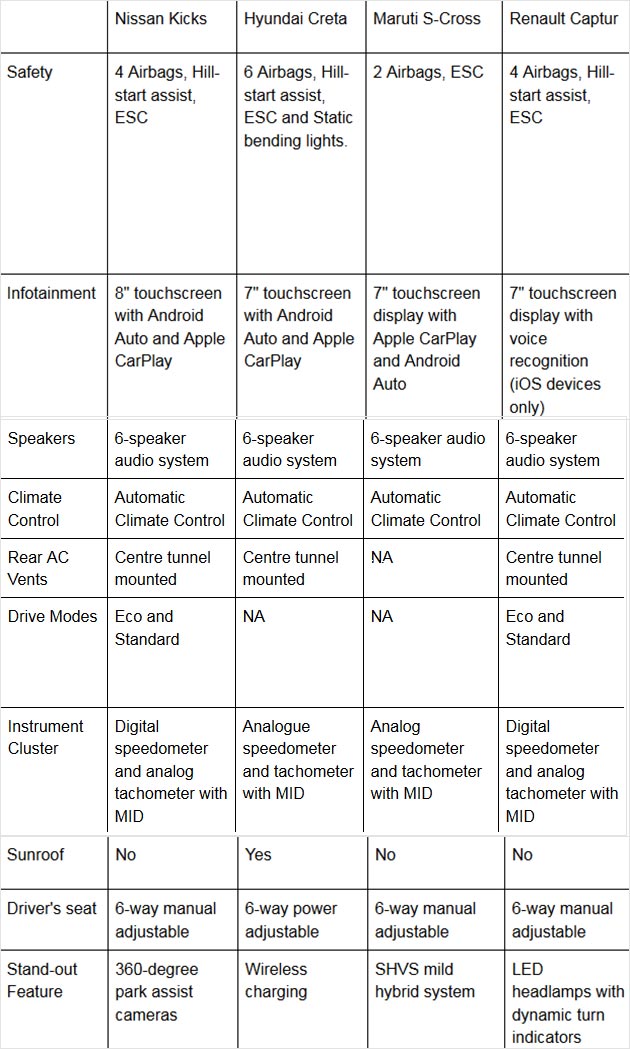 The LED treatment on the Kicks is limited to the headlamps, while the Captur and the S-Cross get LED elements in the tail lamps as well.

Like its rivals, the Kicks is equipped with automatic climate control with rear AC vents, cruise control,electrically adjustable and foldable ORVMs, and rain-sensing wipers (not available on the Creta). All of the SUVs here get a similar kit, but it's only the Hyundai Creta which gets an electrically adjustable driver seats and wireless phone charger, which is a pretty nifty addition. It is also the only SUV to get a sunroof.

All four SUVs come equipped with touchscreen infotainment systems and while the S-Cross, Captur and Creta feature a 7-inch unit, the Kicks gets a floating design 8-inch screen. Android Auto and Apple CarPlay connectivity is present on all cars except the Captur. Meanwhile, the Kicks also comes equipped with Nissan Connect smartwatch connectivity to track and monitor the car through a smart wearable.

In terms of safety, the top-spec Kicks gets ABS with EBD and Brake Assist, Hill Start Assist and four airbags. In comparison, the Creta gets six, the Captur comes with four, while the S-Cross only gets two. 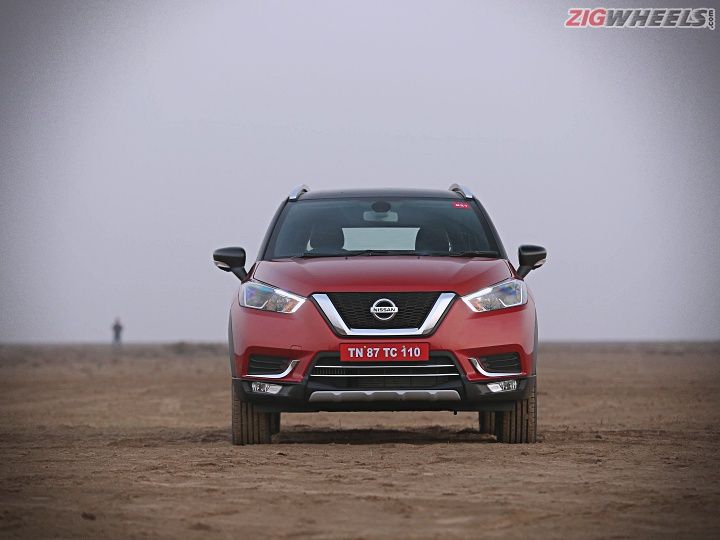 Additionally, the Kicks has got a pretty unique trick up its sleeve that no other SUV in its segment has. We are talking about the 360-degree wide angle cameras for parking assist. It is one of the highlights and is exclusive to the Kicks in the compact SUV and crossover space. This system uses four cameras -- one at the front, one at the rear and one under each ORVM -- to give an all-round view of the car when reversing into a parking spot. Full marks to Nissan for introducing it on the Kicks.

All four SUVs featured here have something going for them; the S-Cross is the most affordable and frugal option with its mild hybrid tech, the Captur comes with fresh looks and robust build, the Creta gets the most number of features, the most powerful engine and a sunroof, and finally the Kicks with its larger dimensions, premium styling and unique 360 degree cameras.

While we try to get our hands on all four SUVs for a thorough comparison, stay tuned to Zigwheels for our first drive review of Nissan’s latest offering to see whether it can challenge the Hyundai Creta in the booming compact SUV segment.