Except for the special livery, the motorcycle is mechanically same as the RR launched late last year 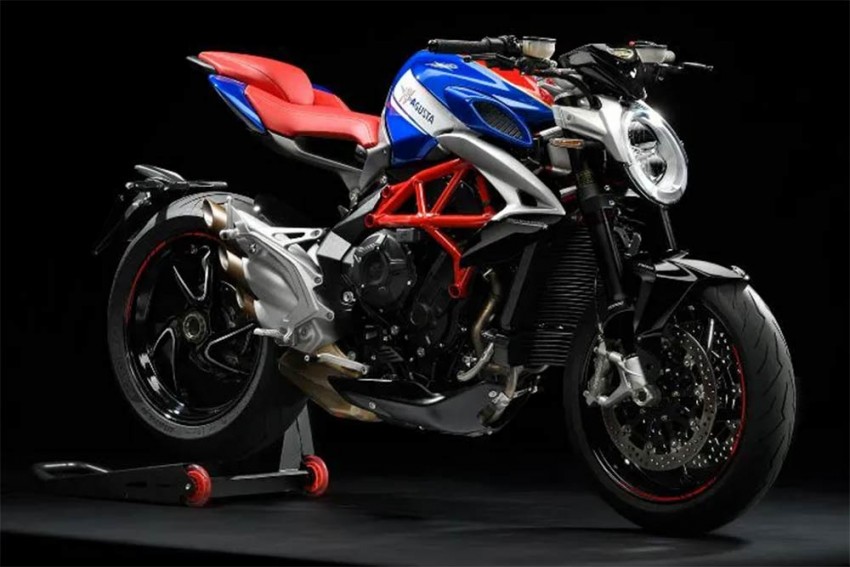 MotoRoyale, the official retailer of MV Agusta motorcycles in India, will be bringing a limited edition model of the mental Brutale 800 RR which gets the ‘America’ suffix. We have seen plenty of America-badged Agustas over the years, as the Italian manufacturer has produced similar limited-run models over the years. Only five such pieces will be coming to the country, making it one exclusive motorcycle. What separates the America from the standard RR is the special American livery where the seats are draped in the colour red with the chiseled fuel tank painted in blue. There are a few white accents to complete the American look. Each bike is badged with an ‘America Special Edition’ sticker with a production run number. You also get a certificate of authenticity from MV Agusta for the same. Barring the visual changes, there appear to be no changes to the motorcycle. Nestled in that steel trellis frame, you get the same 798cc inline three-cylinder raucous motor that makes a whopping 142PS at 12,300rpm! Even the peak torque figure of 87Nm is made at a ridiculous 10,100rpm. These figures are leagues ahead of its sub-litre class naked rivals such as the Triumph Street Triple RS, the Yamaha MT-09 and the Ducati Monster 821. In fact, it can be mentioned in the same breath as several litre-class nakeds.

What the litre-class nakeds would not have and the Agusta does, is a phenomenally low dry weight of just 175 kg! It is thus an ultra-light motorcycle with enough power on tap to never see your front end sticking on the tarmac. And when your front end does land back, you have got preload as well as rebound adjustable Marzocchi USDs to take care of the damping. The single-sided rear swingarm is sprung by fully adjustable Sachs unit. With great power comes great resp… erm… brakes. Brembo monoblocs clamp down on twin 320mm rotors at the front wheel with the rear one getting another Brembo unit acting on a 220mm disc. The RR, like all Agustas, gets Rear Lift Mitigation (RLM) that keeps the rear wheel grounded, while braking hard. In October last year, MotoRoyale launched close to seven motorcycles in a row, amongst which the Brutale 800 RR was the priciest, at Rs 18.99 lakh. Hence, we expect the America Special Edition to be even pricier - Rs 21 lakh (all prices ex-showroom India) should be a fair assumption.