Pininfarina Battista Is The Most Powerful Road-legal Car Ever

Only 150 units of this luxurious performance car with a conscience will be made, launch slated for 2020 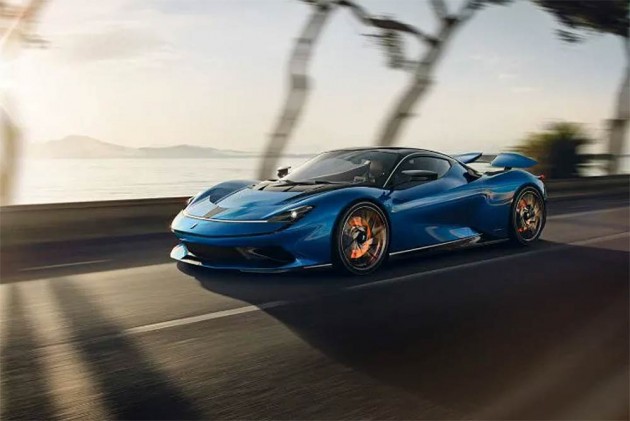 Pininfarina has revealed its first ever in-house designed, developed and badged road car, the Battista, at the 2019 Geneva Motor Show. “The world’s first luxury electric hyper performance GT” is named after the founder of the company Battista ‘Pinin’ Farina, and aims to begin a revolution in the luxury car segment in the future.

Set to be launched in 2020, in time for the company’s 90th-anniversary celebration, the Battista will be limited to just 150 units worldwide. Pininfarina claims the Battista offers everything a luxurious performance GT should offer - scintillating design, luxurious features, mind-numbing performance and exclusivity, without the guilt of owning a gas-guzzling, environment destroying machine. 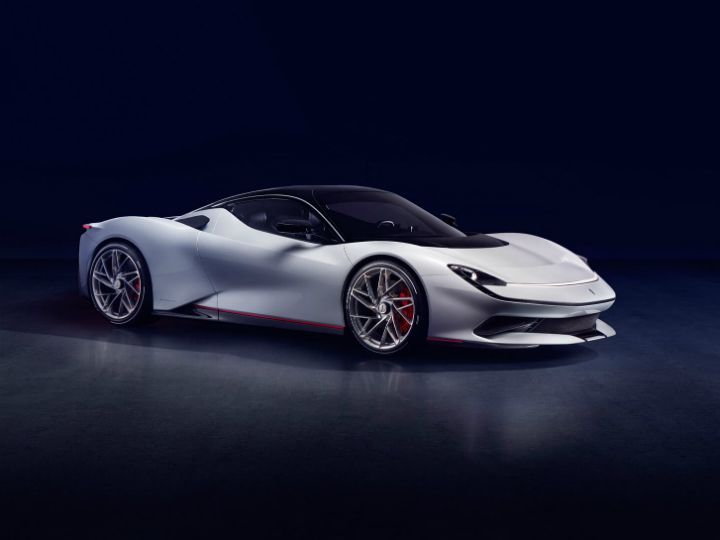 If the design of Battista seems familiar to you, it is because the company used to pen the designs of some of the most beautiful cars to have graced Earth, including Ferraris, Alfa Romeos, Maseratis and more. The design is elegant but functional, helped by the fact that it does not need to have gaping holes everywhere to cool a big hunk of an engine and its ancillaries.

Pininfarina is showcasing three different cosmetically specced Battistas at the 2019 Geneva Motor Show, each showcasing the possibilities in customisations for the lucky 150 owners. 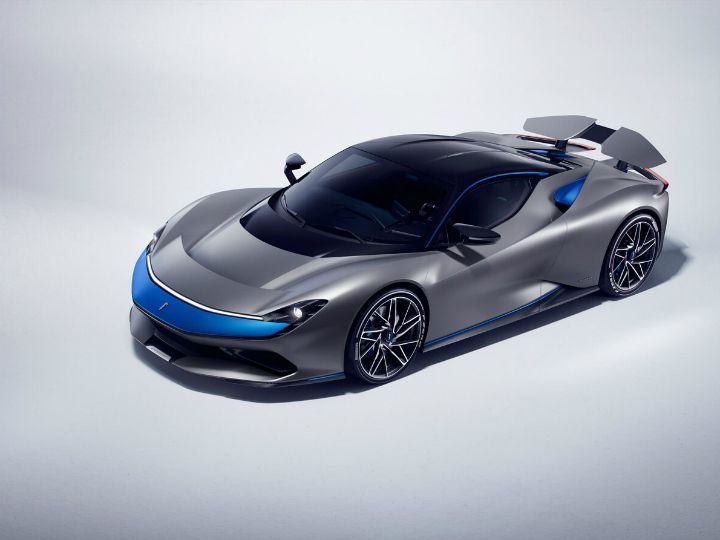 The first one is painted ‘Grigio Luserna’ satin grey and gets accents in satin Blu Iconica and anodized aluminium. This showcases the dynamic design of the GT the best. 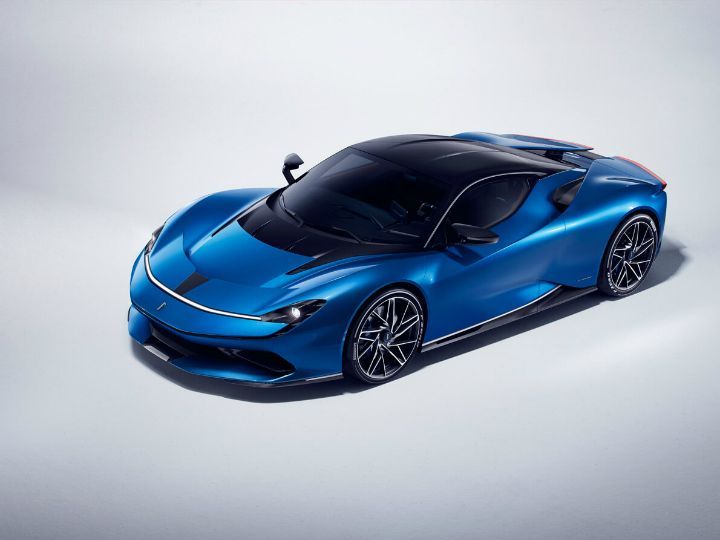 The second one is painted ‘Blu Iconica’, the company’s signature colour. The contrast black roof, carbon fibre parts and white accents make it look more dramatic. The front wing mimics the design of the split tail wing, giving the car a unique look. 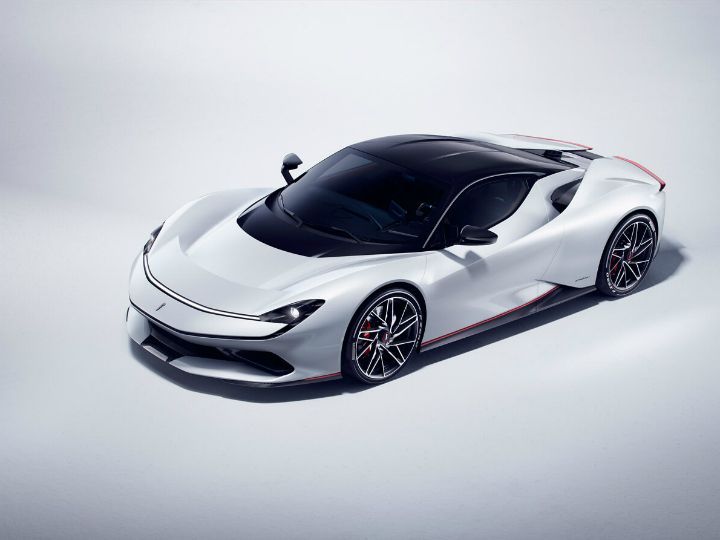 The third Battista is painted in ‘Bianco Sestriere’ pure pearlescent white. This paint job, along with pearl white and aluminium red accents harks back to the liveries on the company’s concept cars like the Ferrari Modulo concept. 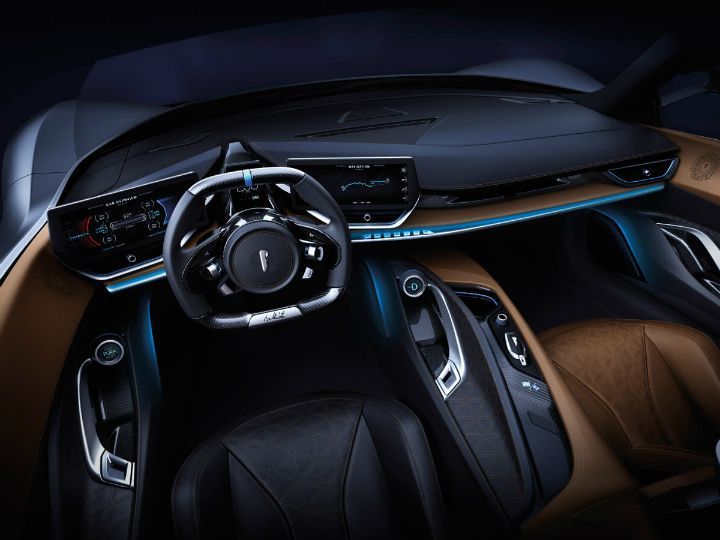 The interior design is centred around the driver, with the passenger expected to enjoy the ride in a luxurious setting. The steering wheel is surrounded by three screens - two large ones on both sides show details about the car and the infotainment system, while a slim one in the centre shows the speed and other basic information. All the controls are spread around the driver including the steering wheel, the centre console and the door pad - so as to make the car accessible even at speeds as high as 300kmph.

So it looks good. But how will it be to drive? Electric, certainly. 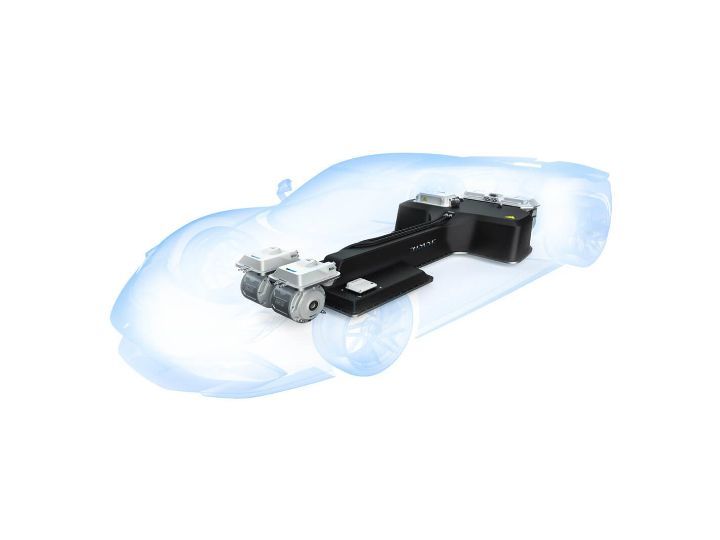 Unlike Teslas, the Battista does not have a skateboard battery pack that forms the backbone of its chassis. The all carbon-fibre monocoque means Pininfarina had to ask its battery supplier to make a bespoke ‘T-shaped’ battery pack. Thanks to which, there’s a large central tunnel on the inside, making its interior feel slightly conventional.

Four motors, one for each wheel, draw power from a 120kWh battery pack. The virtual AWD setup also gives the Battista torque-vectoring capabilities. Combined, the motors develops a total of 1904PS of power and 2300Nm of peak torque! This will make it the most powerful road-legal car ever, once launched in 2020. 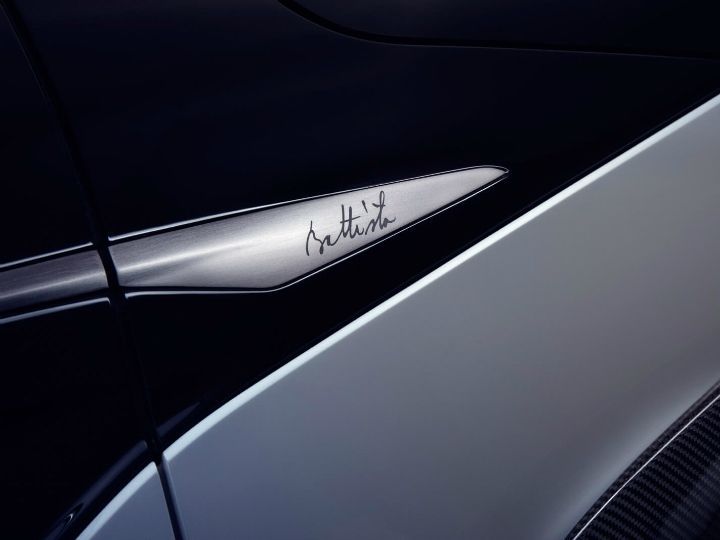 This propels the car from 0-100kmph in ‘under 2 seconds’ and gives it a max speed of 350kmph! Drive it sensibly and you could extract a maximum range of 450kmph on a single charge, but would you? 6-piston calipers on 390mm carbon-ceramic brakes front and rear, along with the active rear wing which doubles up as an air brake, provide stopping power.

The Pininfarina Battista will be the brand’s halo car when it is launched in 2020, but there’s more to follow. Pininfarina has stated that a new electric car/SUV/sedan will be added to its portfolio every year.