Renault Arkana’s Russian Prices Suggest It Will Be A Hector, Harrier Rival If Launched In India

The Arkana will be the first sub-Rs 20 lakh offering to feature a body style that’s a mixture of an SUV, a coupe and a crossover 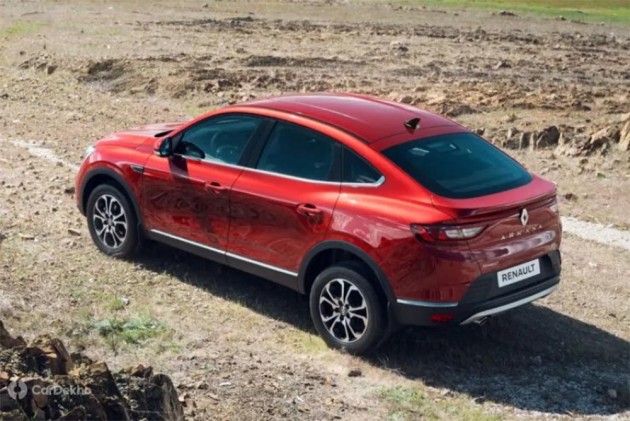 Arkana is a crossover with an SUV-like ride height and coupe-like roofline. Looks like a mini BMW X4.

Renault has revealed the Arkana crossover in its production guise for the Russian market, with sales slated to begin there later in 2019. The Arkana is based on a revised version of the B0 platform that underpins SUVs like Renault Duster and Captur in India. However, it is bigger than both these SUVs. Here’s a comparison between the dimensions of the Arkana and some of the compact and mid-size SUVs available in India.

While the Arkana isn’t as big as the Harrier or the Hector, it’s still longer and wider than the Jeep Compass. It’s not too tall, which is because of its unusual body style wherein the roof slopes down dramatically as it reaches the rear, like in a coupe. Like the BMW X4, the Arkana’s boot protrudes ever so slightly. 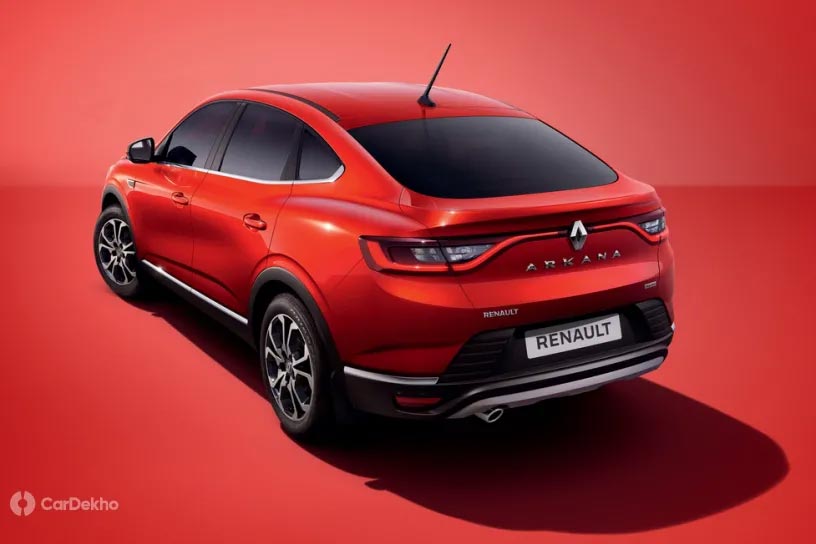 Since the Arkana is based on the Duster’s platform, it has a high ground clearance of 208mm for the front-wheel-drive version. At 205mm, the all-wheel-drive Arkana rides as high off the ground as the India-spec Duster. So, it scores high on size and ride height, key SUV traits in the Indian market.

Talk of the exterior design, and what catches fancy apart from the Arkana’s coupe-like rear end are its DRLs at the front that extend out of the headlamps and downward, like in recent Renault models like the Clio and Koleos sold abroad. Renault has managed to carry forward much of the exterior elements of the Arkana show car from 2018 into the production model. 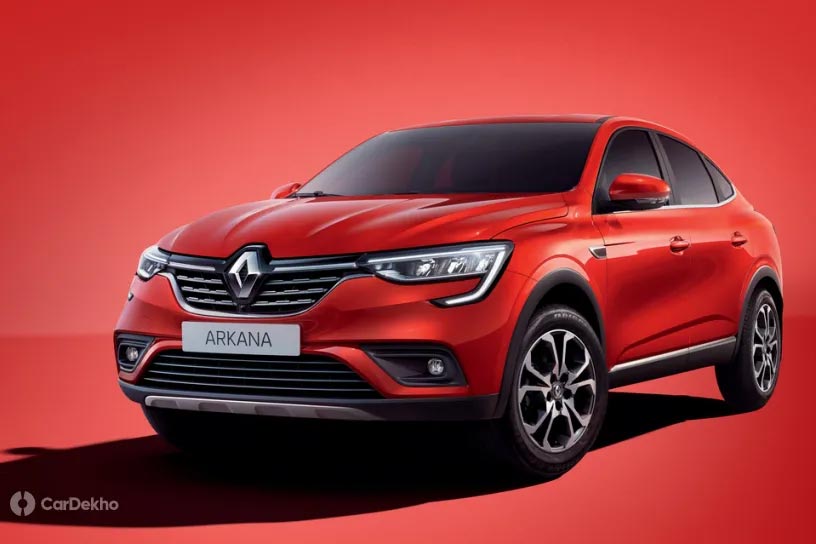 On the inside, the Russia-spec Arkana gets an all-black cabin and a simple design for the dashboard, which is similar to that of the second-gen Duster (it also gets an option of a beige-black theme though) that is yet to come to India. It features an 8-inch touchscreen infotainment system (a size bigger than the Duster) in Russia with the option of Android Auto and Apple CarPlay connectivity. 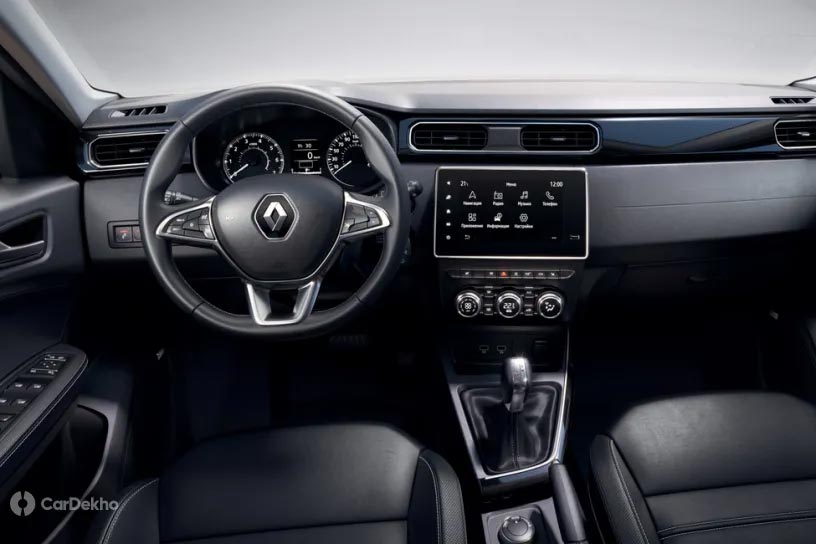 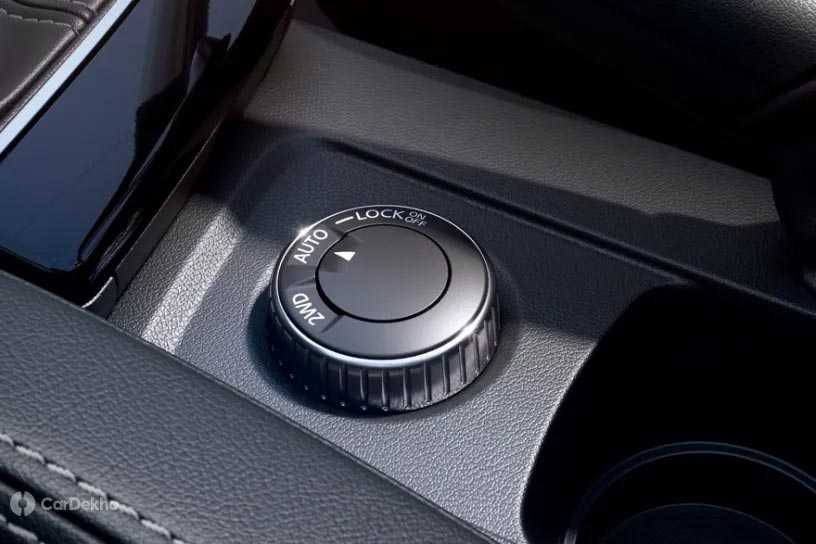 Powering the Arkana in Russia is a 1.3-litre turbocharged petrol engine dubbed TCe150 as it develops 150PS of maximum power. This engine is also available under the hood of the second-gen Duster and the latest Mercedes-Benz A-Class in various markets overseas. In the Arkana, this engine conforms with Euro 5 emission standards. However, this engine can also meet Euro 6d-TEMP emission norms (Euro6.2), which are stricter than the upcoming BS6 norms (Euro6 ~ BS6). The Arkana’s petrol engine is paired with a CVT-type automatic transmission and is available with an all-wheel-drive setup too.

In Russia, which is the first market to get the Arkana, it has been priced in the range of Rs 15.33 lakh to Rs 16.18 lakh (after conversion). That makes it more expensive than both the Duster and Captur there, and that was expected too since both these SUVs are smaller and belong to the compact segment. The price range of the Duster and Captur in India and Russia is comparable, and so we think if the Arkana comes to India, it may be priced from over Rs 13 lakh and go up to Rs 17 lakh, competing directly with SUVs like the Tata Harrier and MG Hector.

Renault is yet to announce the Arkana for the Indian market. However, the French carmaker is looking to enter new segments in India with its latest cars, and given that there’s no SUV-coupe in India in the sub-Rs 20 lakh price range, the Arkana might make its way into the country sooner or later. Read this report to know why we think that the odds are in the favour of Arkana coming to India.