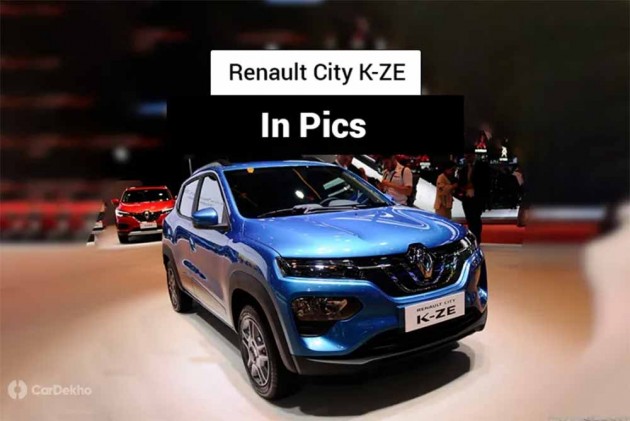 Renault has revealed the all-electric version of the Kwid at the 2019 Shanghai Motor Show. Called the City K-ZE, it first debuted as a concept at the 2018 Paris Motor Show. The K-ZE will go on sale in China initially and make its European debut sometime later. The all-electric hatchback is expected to go on sale in India too. However, we might have to wait a while for that to happen. Nonetheless, let’s take a closer look at the City K-ZE through some detailed pictures. 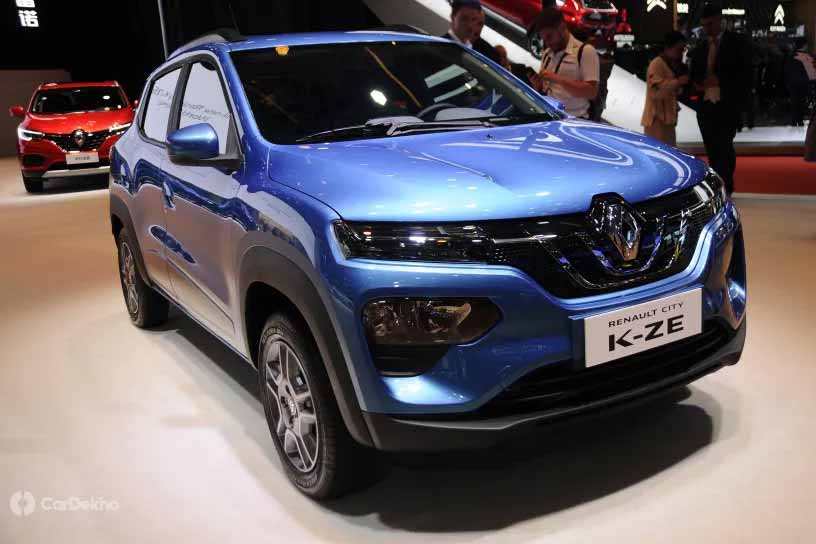 The K-ZE looks largely similar to the standard Kwid. However, it features a modified front fascia with a revised front grille flanked by LED DRLs and turn indicators. Like many new SUVs, the headlamps are now integrated into the front bumper. 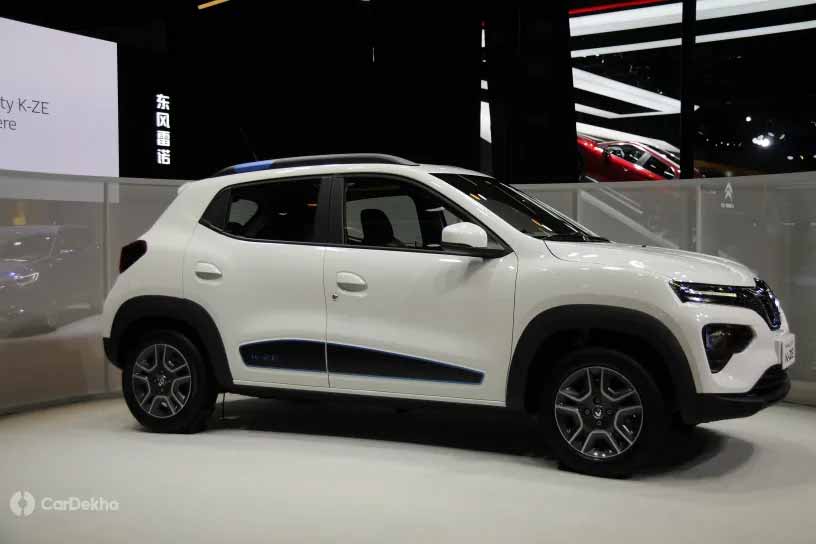 The side profile looks identical to that of the standard Kwid with design elements such as flared wheel arches with body cladding and roof rails.The K-ZE offers ORVM-mounted turn indicators and dual-tone machine-finished alloy wheels, both of which are missing on the India-spec Kwid. Instead, it gets full wheel covers and fender mounted turn indicators. The K-ZE also features 14-inch wheels, which are a size larger than the ones on the India-spec Kwid, with 165/70-section tyres. Interestingly, the K-ZE’s wheels have four lug nuts compared to India-spec Kwid, which only has three on each wheel. 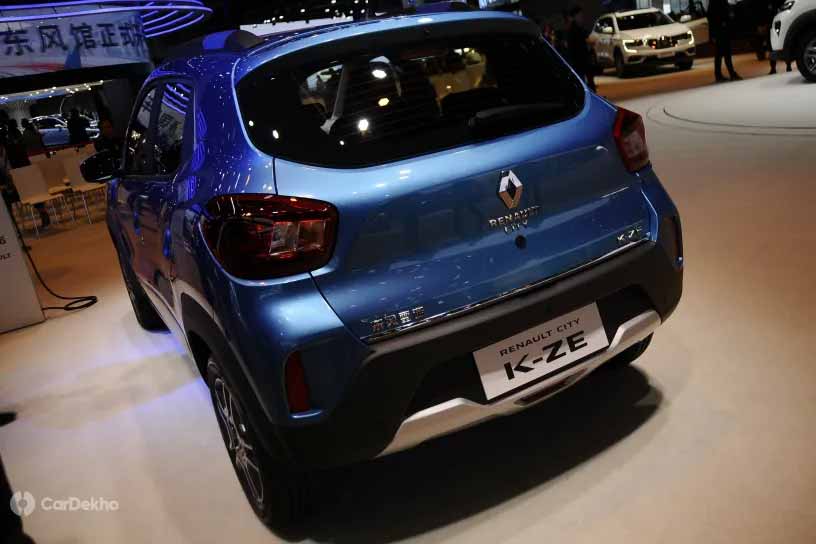 Just like the front and the side, the rear of the K-ZE looks similar to the standard Kwid. The only visible modifications are the slightly tweaked tail lamps that get LED elements and revised graphics, a reworked bumper with rear reflectors and a faux skid plate with a rear fog lamp. 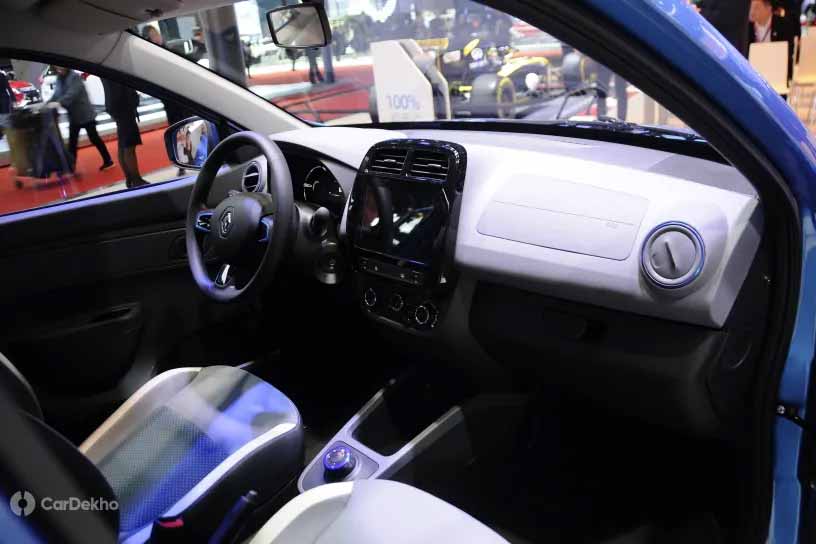 The similarities with the standard Kwid is visible inside the cabin as well since the basic layout remains unchanged. Like the latter, it also gets a mode selector knob, but it is placed on the centre floor console instead of the dashboard. The K-ZE also features a different black and white colour scheme instead of the all-grey colour theme inside the India-spec Kwid. 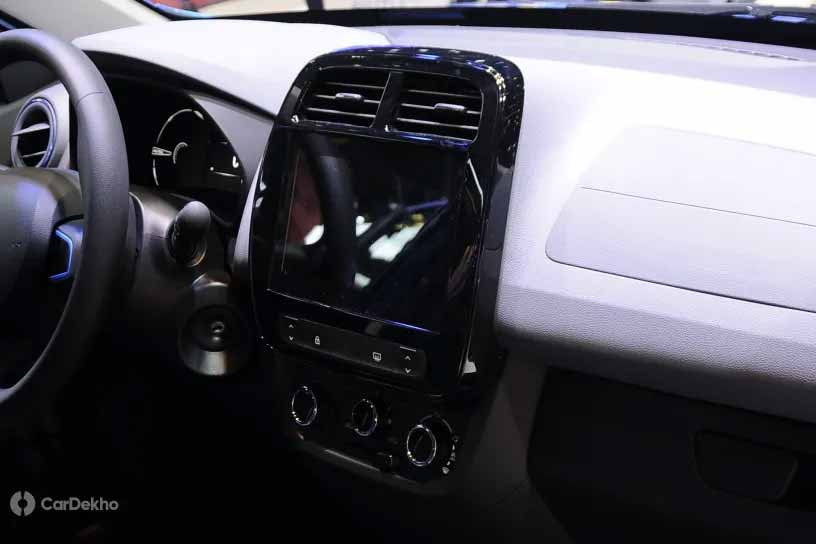 Like the standard Kwid, the K-ZE also features a piano black finish on the centre console. But instead of the 7-inch touchscreen unit seen on the India-spec Kwid, the K-ZE get an 8-inch unit which comes with remote access, online navigation and real-time car monitoring through a smartphone app. The K-ZE is also equipped with 4G WiFi and smart voice recognition, reverse parking camera and tyre pressure monitoring system. Apart from the reverse parking camera, none of these features are available on standard Kwid. 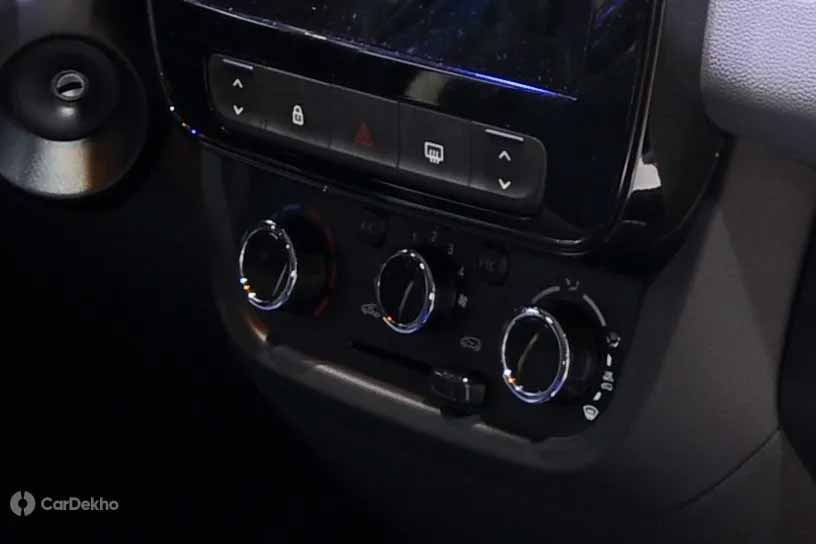 Like the standard Kwid, the K-ZE gets a manual AC. But the position of the control unit is different. Where the India-spec Kwid the three AC knobs placed just below the infotainment screen inside the piano black housing, the K-ZE features them at the bottom of the centre console below the front power window switches and hazard light button. The Brazil-spec Kwid uses a similar setup.

Renault has also equipped the K-ZE with a PM2.5 sensors and an air quality control system which evaluates exterior and interior air quality and switches between the two to improve the quality of air inside the cabin. 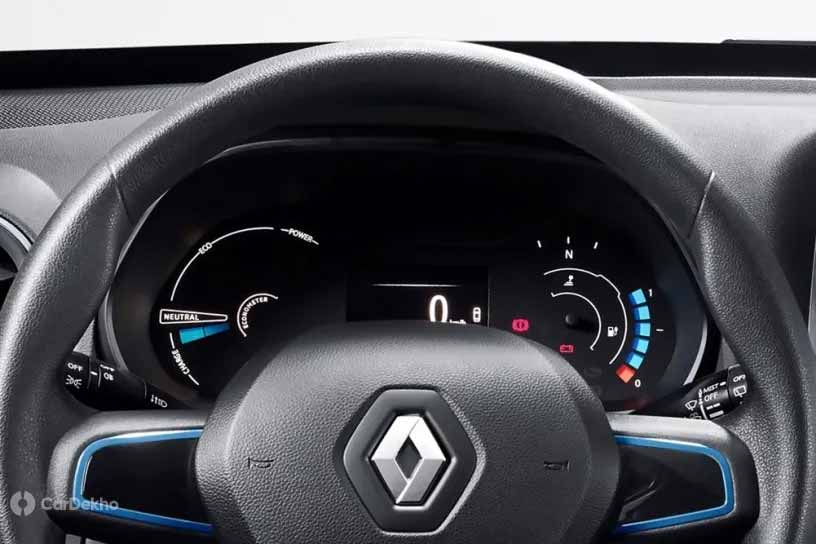 The K-ZE gets a redesigned instrument cluster compared to the India-spec Kwid. Where the K-ZE features a fully digital colour screen flanked by twin dials, the Kwid comes with an amber-lit dot matrix display. 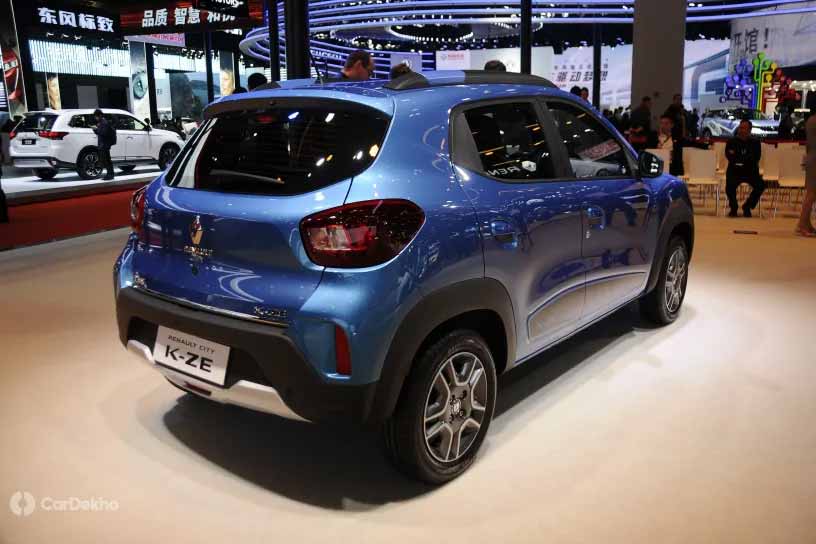 Renault has not revealed details of the K-ZE’s electric powertrain. However, the carmaker has confirmed that with a fast charger the EV can be charged up to 80 per cent in 50 minutes while with a slow charger it needs four hours to be charged up to 100 per cent. As far as the EV’s range is concerned, since there is no official word about it, we expect it to be around 250km, which is similar to what Renault claimed the K-ZE prototype could achieve back in 2018. In the real world, however, it is likely to offer a range of around 200km.

Renault says that the City K-ZE is a global product and there are chances that the carmaker will offer it in India as well in the future. In fact, the Kwid-based City K-ZE EV is part of Renault’s ‘Drive The Future’ six-year business plan (2017 - 2022) that was announced in October 2017. Under this plan, the French carmaker had announced it will use the CMF-A platform that has been heavily localised in India to launch four new models, including an EV! The EV in question is most likely going to be the City K-ZE. Expect it to be launched here in a couple of years and go up against Maruti Suzuki’s upcoming EV based on the Wagon-R. If launched, the Renault EV is likely to be priced below Rs 10 lakh.