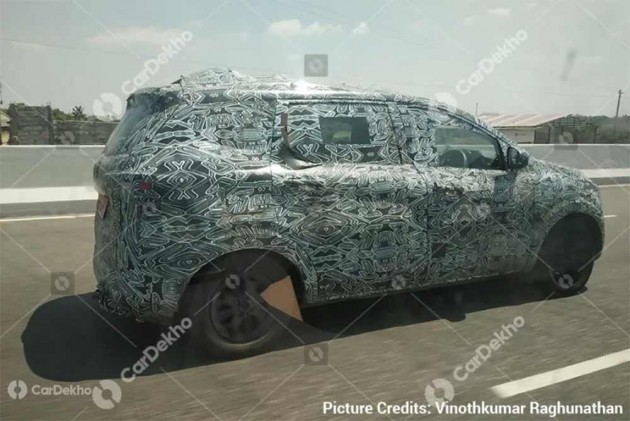 Once again, a test mule of Renault’s upcoming Kwid-based MPV has been spotted on a highway near Chennai. The MPV looks close to production-ready and is likely to be launched in July 2019 as hinted by Renault’s new CEO Venkatram Mamillapalle.

So, what do the new spy shots reveal about the Kwid-based MPV? Well, the headlamp unit features a projector setup while the LED DRLs are located near the fog lamps casing further down on the front bumper. This is the first time we are getting a good look at the tail lamps and they look like sleek wraparound units and we expect them to get some kind of LED treatment as well.

The new images also show 15-inch alloy wheels (blacked out it this case). Also, under the camouflage is what seems to be black body cladding (they could be seen in a previous set of spy shots). Although it is based on the same CMF-A platform as the Kwid and redi-GO, the MPV looks considerably wider than the two hatchbacks. Although the RBC will be a sub-4 metre offering, it will be the longest car to be built on the modular platform till date. The redi-GO measures 3429mm in length while the bigger Kwid is 3679mm long. 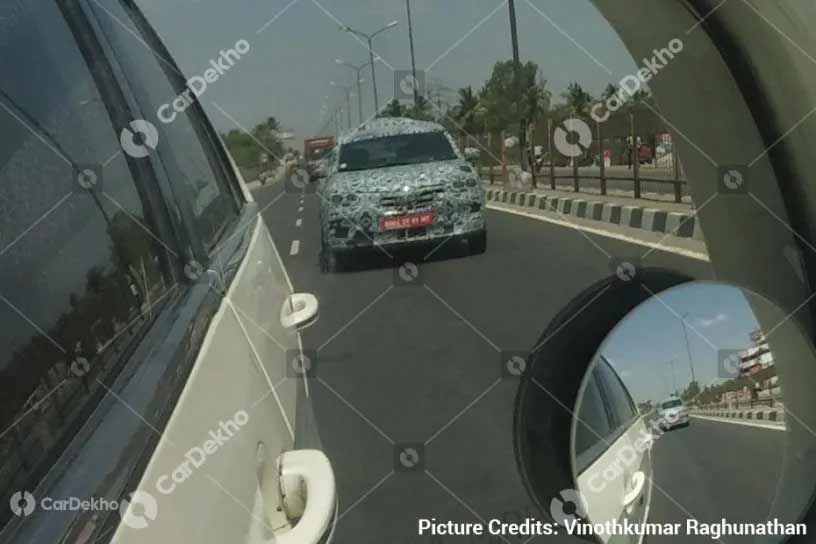 On the inside, the Kwid-based MPV is expected to get a grey and beige dual tone interior theme with silver accents. The steering wheel will feature three spokes and a flat-ish bottom. The infotainment unit should get Android Auto and Apple CarPlay, like the Kwid and Duster.

Safety features like dual-front airbags, ABS with EBD and rear parking sensors will come as standard to comply with upcoming safety norms. Higher variants of the MPV are expected to get front side airbags as well, taking the tally to four.

As far as the powertrain is concerned, we reckon the Kwid’s 1.0-litre motor (68PS/91Nm) will be insufficient for the MPV.  So, expect it to get a bigger engine, or at least a turbocharged version of the 1.0-litre motor. Expect an AMT (automated-manual transmission) besides a standard 5-speed manual as well. A diesel engine is unlikely to be offered with the MPV since several carmakers, including Maruti Suzuki and Tata Motors, are planning to discontinue diesel versions of their small cars post the implementation of BSVI norms in April 2020. The two homegrown manufacturers suggest that diesel-powered cars will be substantially more expensive than their petrol counterparts once stricter emission norms come in place.

When the Kwid-based MPV is launched, expect it to be priced in the Rs 5 lakh to Rs 7.5 lakh range. It is likely to be positioned beneath Renault’s Lodgy and the Maruti Suzuki Ertiga.

Should You Get The MT-15 Or Are You Better Off With The R15?