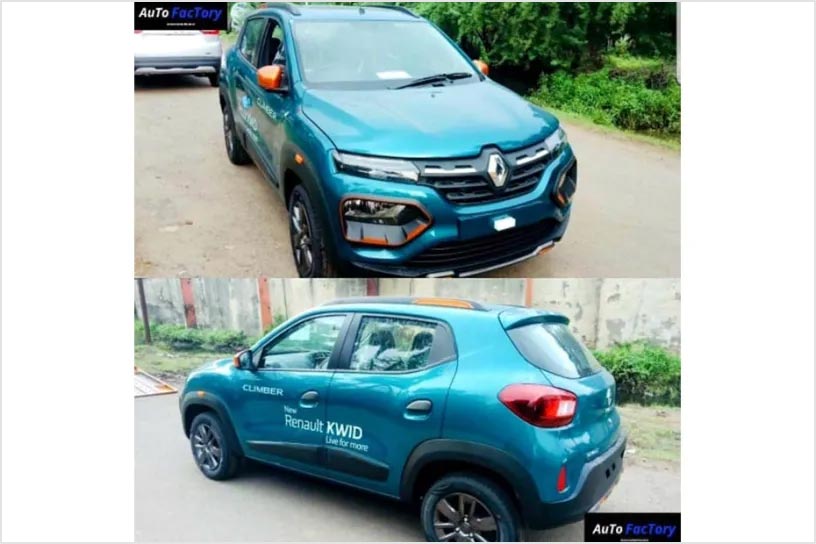 The facelifted 2019 Renault Kwid has been spied without any camouflage. Renault is expected to announce prices and launch it in the first week of October.

In the latest images, the Kwid is finished in a nice shade of blue that makes the small hatchback’s styling pop. The front end looks busier when compared to the current Kwid. This is due to the new LED DRLs, head lamps, grille and bumper, most of which resembles the electric Kwid (City K-ZE) that is on sale in China.

There aren’t that many changes to the side profile and the overall silhouette remains the same. A keen eye will notice the new wheel covers, which could very well be alloy wheels. 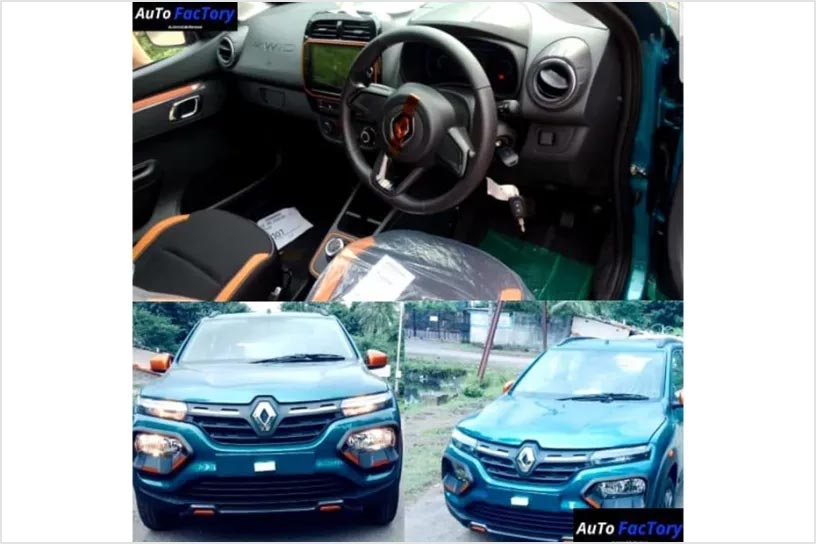 At the rear, Renault has introduced LED elements in the tail lamps. The bumper has also been tweaked to differentiate the facelift from the current model.

The Kwid facelift features a major change inside the cabin too. An 8-inch touchscreen now sits in the centre of the dashboard and the instrument cluster is also similar to the one seen on the recently launched Triber. Renault designers have also tweaked the dashboard, which now features redesigned central air con vents. The storage spaces above the glovebox have been eliminated, which in all probability has been done to accommodate a passenger airbag.

The rotary gear dial has been shifted to the lower central console between the front seats, which is a more conventional location for the gear selector. Renault has also reworked the positioning of the power window switches. They are still on the centre console, but now sit above the AC controls. The orange highlights on the Kwid’s interior are reminiscent of the current Kwid Climber. 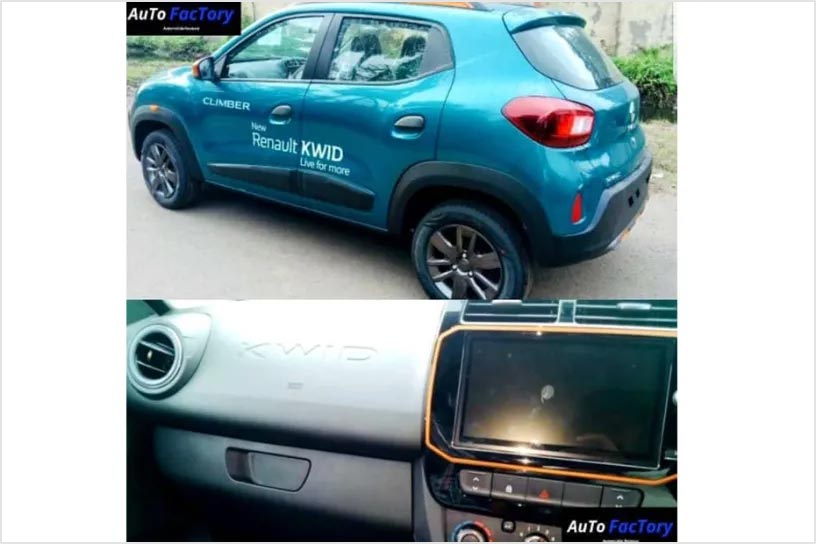 The facelifted Kwid will continue competing against the likes of the Alto K10, Datsun redi-GO and the upcoming Maruti S-Presso. Thanks to the number of changes and feature additions, we expect Renault to price the Kwid facelift at a premium over its current iteration, which starts at Rs 2.76 lakh (ex-showroom New Delhi).

Snap 'n Win: Got spy pictures or videos of your own? Send them to editorial@girnarsoft.com right away for a chance to win some cool goodies or vouchers.