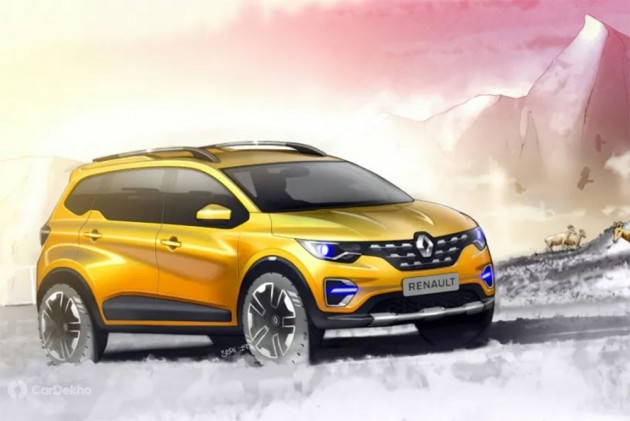 Renault HBC (codenamed) to be revealed at 2020 Auto Expo in February.

French carmaker Renault is gearing up to play with the big boys. The HBC, which is code for Renault’s upcoming sub-4 metre SUV, will be revealed at the 2020 Auto Expo in February. It will be coming in to a market that is dominated by the likes of Hyundai Venue and Maruti Suzuki Vitara Brezza.

Renault is expected to make use of the Triber’s 1.0-litre petrol engine to power the SUV. However, to add some extra oomph, Renault is likely to add a turbocharger to the engine. The Triber is currently available with a manual transmission, though Renault will offer an AMT early next year.

This leads us to presume that when the HBC is launched, it could get an AMT gearbox as well. Diesel will be a big no as Renault thinks that small diesel cars will not make sense once BS6 norms come into play from April 2020.

The HBC and Triber have more in common than just the powertrain as the sub-4 metre SUV will be underpinned by the same platform as the Triber. As both cars will share so much, we expect that the HBC will have some sort of modularity like the Triber, at least sliding and reclining functionality for the rear seat. It is expected to be a 5-seater unlike the Triber, which offers 5+2 seater with completely removable third-row seats.

Once the HBC is launched, apart from the Venue and Vitara Brezza, it will take on the Ford EcoSport, Tata Nexon, Mahindra XUV300 and 2022 Toyota sub-4m SUV based on the next-gen Maruti Vitara Brezza. We expect Renault to price the HBC competitively like the Tiber in the Rs 6 lakh to Rs 8 lakh range.