The S variant undercuts the standard model by around Rs 8,000 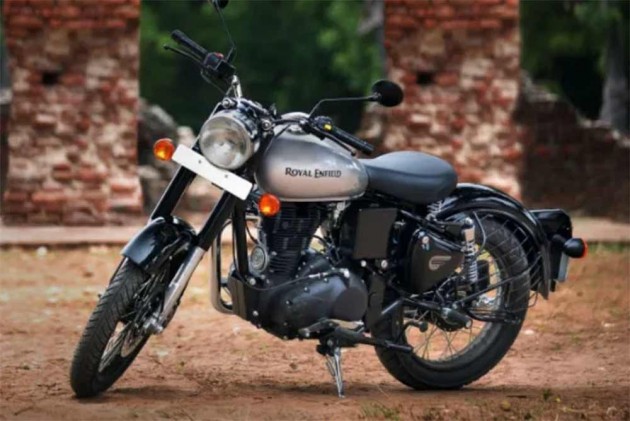 Affordability seems to be the new mantra for Chennai-based bike maker Royal Enfield. Date back to August 9, a month from today, and the brand had introduced more affordable versions of the Bullet 350 in a bid to recover from dwindling sales. In a similar vein, the company has now launched a less expensive ‘S’ model for its best-selling bike - the Classic 350. The Classic 350 S gets a starting price of Rs 1.45 lakh (ex-showroom, Delhi), which undercuts the standard model by around Rs 8,000. The bikes will be reaching dealerships in the coming days with two trims on offer - Pure Black and Mercury Silver.

To keep the cost competitive, Royal Enfield has given up on certain more premium components. Essentially, the Classic 350 does away with most of its shiny bits which are expensive to manufacture. Instead, the bike gets a blacked-out engine, turn indicators and rims and also adopts a single-channel ABS setup which uses a drum brake at the rear rather than the standard dual-channel ABS and a twin disc configuration. Changes also extend to the fuel tank, which seems to be using simple stickering to keep costs in check.

Aside from this, the bike remains unchanged. It continues to be powered by the same 346cc single-cylinder air-cooled motor that dishes out 20PS at 5250rpm and 28Nm at 4000rpm, mated to a 5-speed transmission. The suspension and brakes setup have also been carried over. The move should help the brand target a wider set of audience on a budget who’ve been eagerly waiting to be a part of Royal Enfield’s cult following.