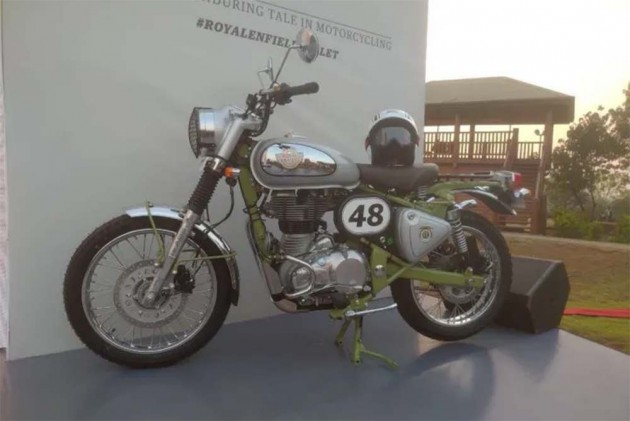 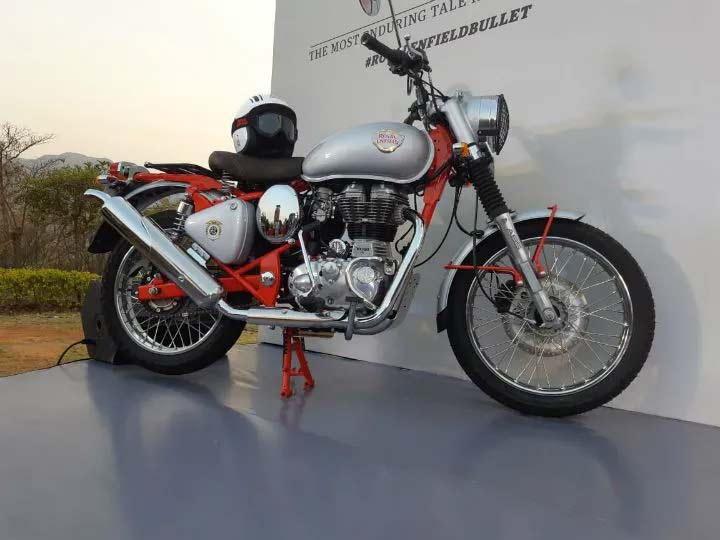 Over the years, Royal Enfield has taken note of its customers riding in modified Enfields to events like the Himalayan Oddessey and Rider Mania. The Bullet Trials 350 and Bullet Trials 500 are essentially factory customs based on the Bullet 350 and Bullet 500. These are bikes you can ride to Ladakh straight from the showroom and make sense if you do not like the Himalayan’s looks and have a thing for classic Enfields. 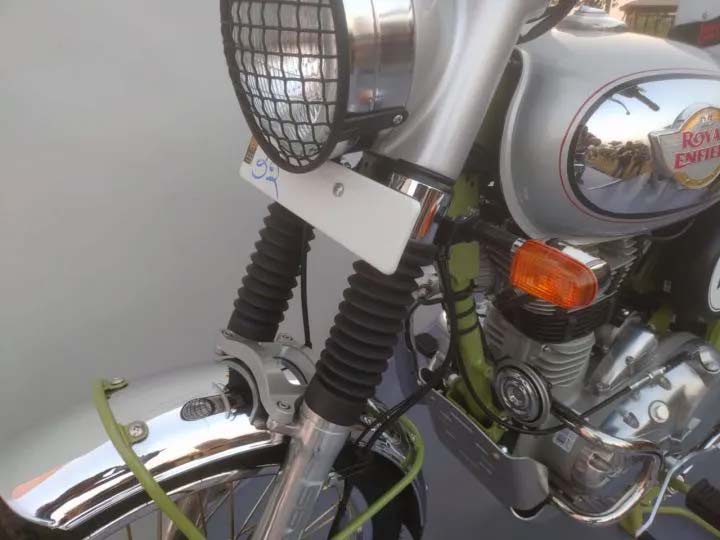 While these bikes are based on the RE Bullet lineup, they get a few cosmetic updates to stand apart. For instance, the Bullet Trials 350 frame is painted in Red while the Bullet Trials 500 frame gets a Green treatment. The Trials 350's fuel tank gets a clean look with only a 3D Royal Enfield emblem in place. Its larger cousin, the Trials 500 gets the emblem as well but with a chrome treatment for a stronger effect There is liberal use of chrome everywhere and the tail lamp is lifted off the Interceptor. The more practical updates are the raised fenders to make space for the 19-inch front and 18-inch rear dual purpose tyres. Then you have the conventional front forks sans the metal covers which do get rubber gaiters to keep muck off while off-roading. The forks also get a metal brace for more rigidity. For crossing streams en-route Ladakh, the exhaust pipe gets the upswept treatment. This though might cause issues in mounting left side panniers on the stock luggage rack. For added protection off-road, you have an optional sump guard and a small crash bar to protect the crankcase as well. Accessories include a headlamp grill, handlebar brace cover and a side mounted number plate cover. 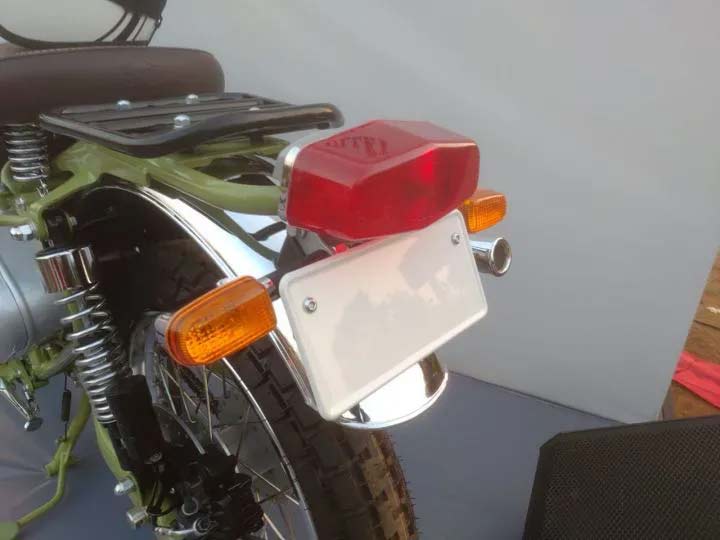 Power for the Bullet Trials 350 comes from the 346cc air-cooled single cylinder mill it shares with the Bullet 350. It makes the same 20PS and 28Nm of torque and comes mated to a 5-speed gearbox. The larger Bullet Trials 500 shares its 499cc air-cooled single-cylinder motor with the Bullet 500 and makes the same 27.5PS and 41.3Nm of torque. Other than the powerplants, the Trials bikes also share the frame, front forks and rear twin shock absorbers and braking hardware consisting of 280mm front and 240mm rear disc, with standard dual-channel ABS. 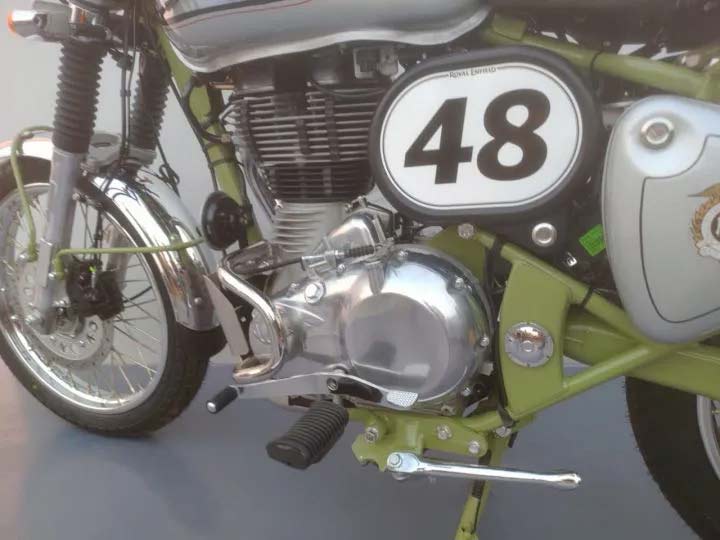