As of now, the electric bicycle is still in the concept stage, but Skoda just might bring it to market in the future 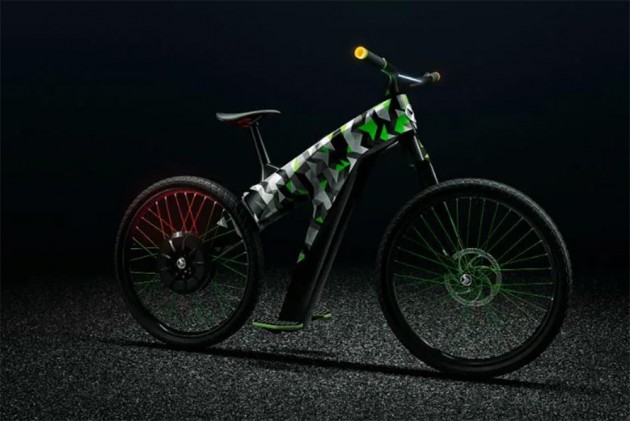 Skoda not only showcased some concepts and production-ready cars at this year’s Geneva Motor Show, it has also unveiled an electric bicycle. Yes, an electric bicycle in the midst of some high-end supercars. Yes, from Skoda, the Czech carmaker.

The e-bike is called the Klement (named after one of Skoda’s founders, Vaclav Klement) and is one of the strangest electric bicycles you’ll ever see -- mainly for one reason. Usually, most of the bicycles (even electric-assist ones) have moving pedals, but Skoda went a step further and has given the Klement tilting foot pedals. So, all the rider has to do is tilt his/her foot forward for accelerating and backwards for braking, just like you do on a hoverboard. Quite clever, we say.

The motor that is situated at the rear wheel has an output of 45kW (61PS). Skoda claims that the Klement has a top speed of 45kmph and will go up to 62km once it's fully charged. The batteries are removable and you can either charge it from a normal household socket or it via the inbuilt brake regeneration method. The claimed weight of the Klement is 25kg.

It features an aluminium frame, a single-sided swingarm, all-around LED lighting system, single-channel ABS and an inductive phone charger behind the handlebar. You can also connect your phone to the Klement and it will show information such as GPS, remote diagnostics and maintenance.

And as per Skoda, “Many additional features might be included in a production version in future”. So, as distant as it seems right now, there is a possibility that we could see the Klement roll out of Skoda’s factory sometime in the near future.