What the T-Cross is to Volkswagen, the Vision X-based SUV will be to Skoda 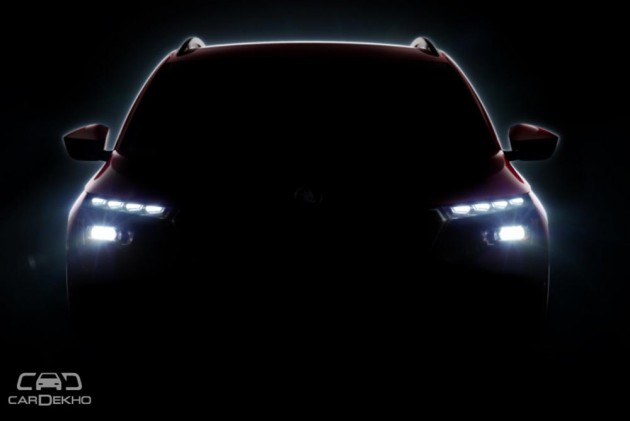 Will make its world debut at the 2019 Geneva Motor Show in March.

Skoda has released the first-ever teaser of its smallest SUV yet, which is based on the 2018 Vision X concept. The compact SUV that has been teased will debut at the 2019 Geneva Motor Show in March. This is exactly a year after the Vision X concept’s debut at the same venue. What the T-Cross is to Volkswagen, the Vision X-based SUV will be to Skoda.

Volkswagen plans to launch the T-Cross SUV in India in 2020 to rival the Hyundai Creta. Skoda will also enter this segment with its own SUV based on the same MQB A0-IN platform as the T-Cross. So the Vision X concept-based SUV that has just been teased could be the same that comes to India in 2020, or it might serve as an inspiration for Skoda’s Creta rival in India.

The teaser video released by the Czech automaker has indicated that the series production model of the compact SUV will look quite identical to the 2018 concept. It will have a split headlamp setup wherein the DLRs/dynamic turn indicators are placed above the main lamps. It will have LED projector headlamps. Though there’s no teaser for the rear profile, it is likely to be similar to the concept. The dashboard layout is expected to be similar to that of the recently revealed Skoda Scala.

VW had told us that the India-spec T-Cross will feature stylistic changes compared to its international versions, and it will be bigger too. So, we can assume that the Vision X-based Skoda SUV might serve as an inspiration for the India-spec Skoda SUV, which might be bigger and more butch or muscular in the way it looks.

Stay tuned to CD for the reveal of the Skoda compact SUV in March 2019.