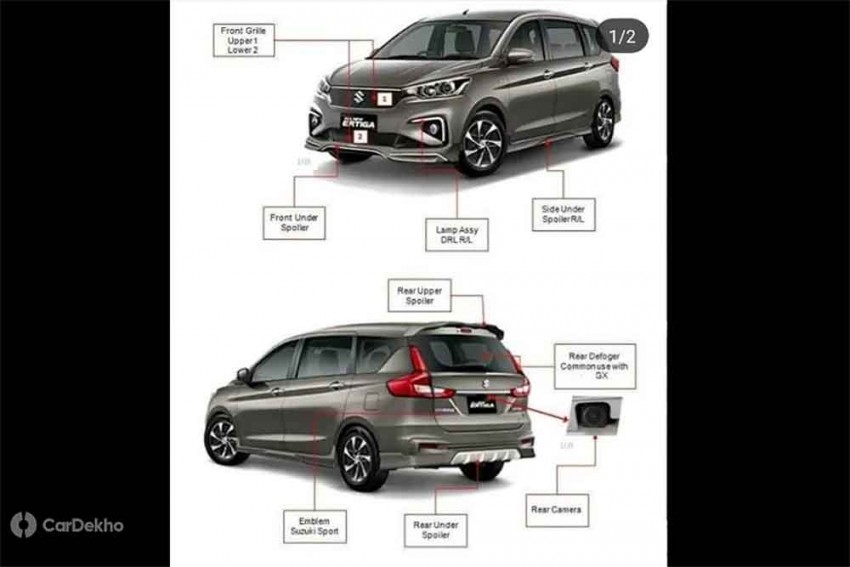 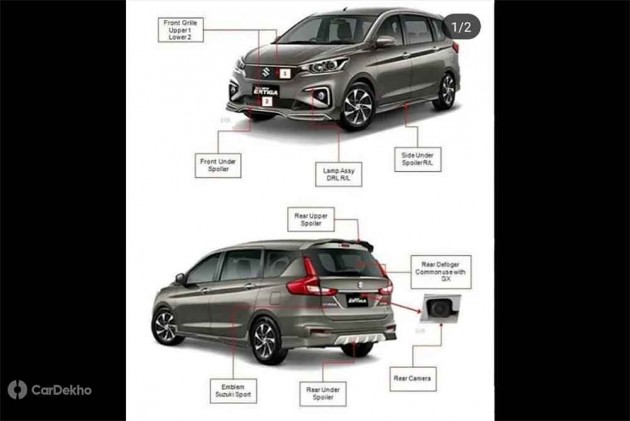 The latest generation of the Suzuki Ertiga MPV looks a lot cooler in a new, sportier version dubbed the Ertiga Sport. It was first previewed as a concept at the 2018 GIIAS (Gaikindo Indonesia International Auto Show).

Suzuki is expected to officially launch the new Ertiga Sport on 23 March 2019 in Indonesia. Compared to the standard Ertiga, the Ertiga Sport features a sporty mesh grille and an updated front bumper which houses new fog lamp surrounds and a front splitter. The rear has also been tweaked and gets a new bumper with a faux diffuser and a roof spoiler. The Ertiga Sport also features side skirts and new set of alloys to set itself apart from the standard MPV. The sporty theme runs on the inside as well. While the cabin layout remains identical to the standard Ertiga, it features an all-black cabin upholstery and flat-bottom steering.

Under the bonnet, the Ertiga Sport in Indonesia is expected to get the stock 1.5-litre petrol engine. Some of the exterior add-ons are already available as official accessories for the new Ertiga in India as well, though not in the exact same colour configuration.

Maruti is unlikely to bring the Suzuki Ertiga Sport to India. Instead, the carmaker is expected to bring a more premium version of the Ertiga in India, which will be sold through the Nexa line of showrooms. The Ertiga-based Nexa-MPV is expected to be launched in India later this year and may debut a new 1.5-litre diesel engine as well.

The upmarket Ertiga-based MPV will probably be closer in price to the Mahindra Marazzo, with a starting price of around Rs 8.5 lakh. The existing Ertiga starts from Rs 7.44 lakh and goes up to Rs 10.9 lakh (ex-showroom Delhi).