Tata has confirmed that 70 to 80 per cent of the H2X Concept will make it to production. Here's what we think 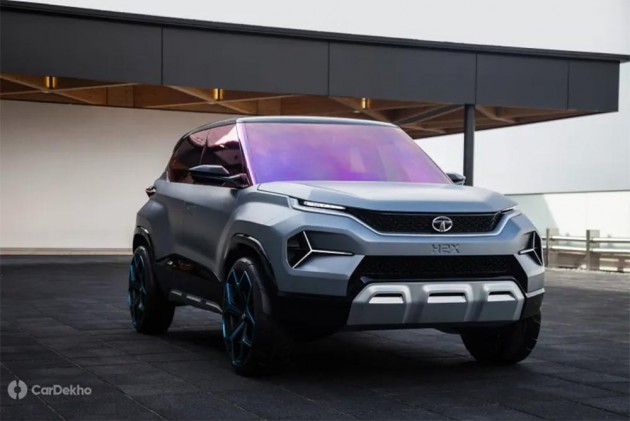 The H2X-based production-spec SUV will make its debut at the 2020 Auto Expo.

Among the five cars showcased at Tata's pavilion at the 2019 Geneva Motor Show, the H2X Concept was the showstopper. It will spawn Tata’s upcoming entry-level SUV that will slot in below the Nexon and Tata is planning to showcase its production version at the 2020 Auto Expo. Have a look at this futuristic concept in pictures below.

For starters, the H2X will carry forward the trend wherein a production-spec Tata vehicle looks similar to its concept. Pratap Bose, VP Global Design for Tata Motors, has confirmed that the production version of the H2X will be 70 to 80 per cent similar to the concept. Tata did something similar with the H5X (Harrier) and the 45X (Altroz) too. 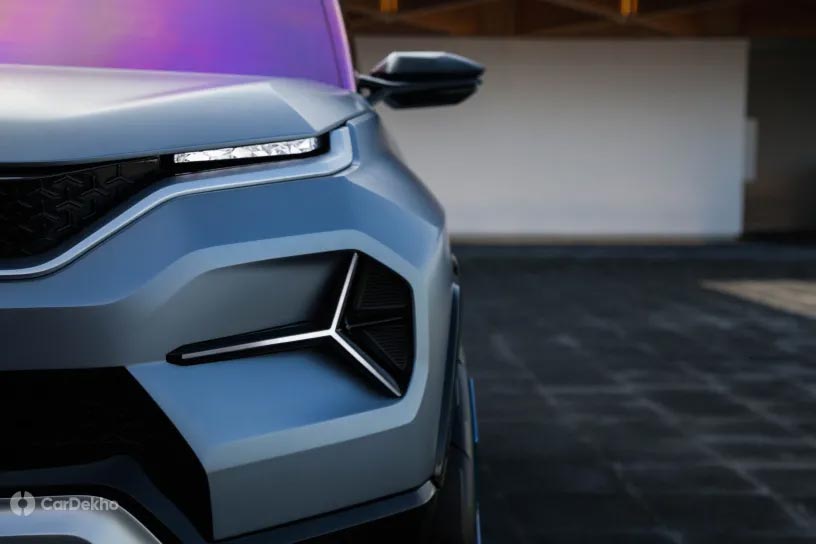 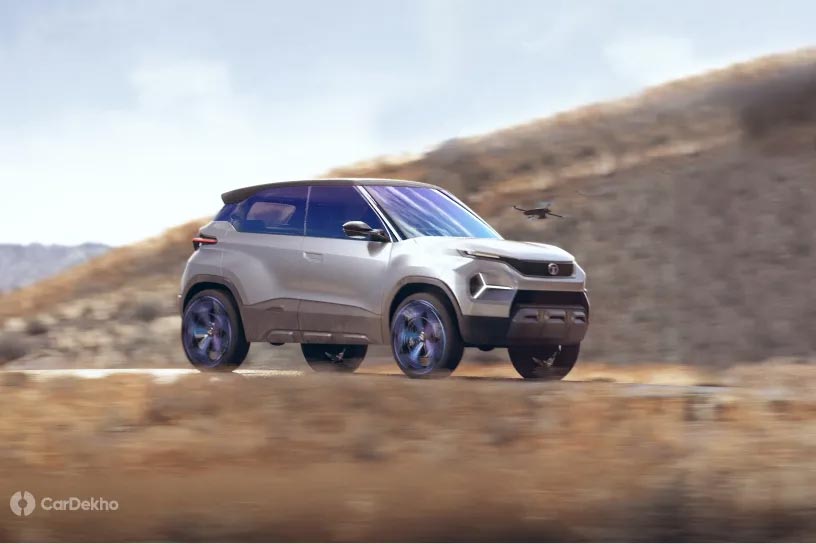 The squared wheel arches, slightly rising window line and sloping roof line that can be seen from the side are again design elements that may be carried forward to the production version of the entry-level SUV. A dual-tone paint option, as seen on the concept, can also be there on the production version. 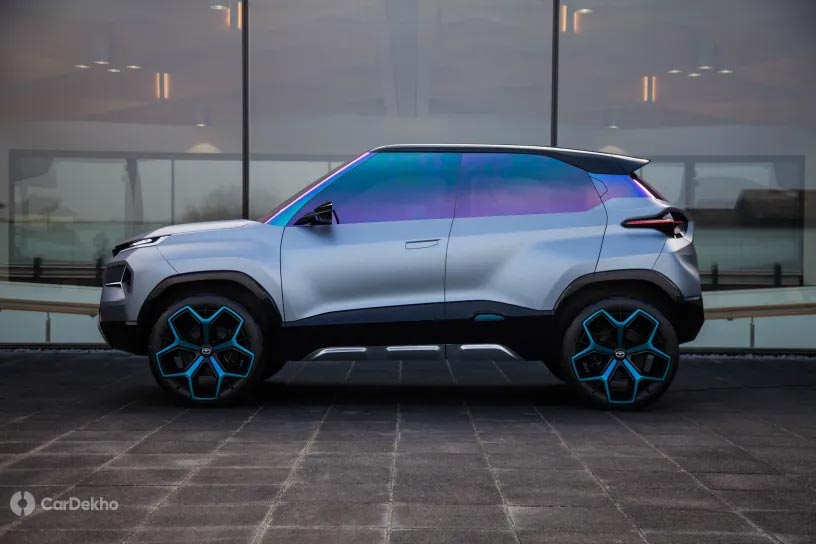 The H2X measures 3,840mm in length and the production version might be almost as long. To put things into perspective, it is the same as the Swift. In fact, the Swift’s wheelbase, which measures 2450mm, is also identical to that of the H2X Concept. The H2X might also fall in the same price bracket as the Swift. 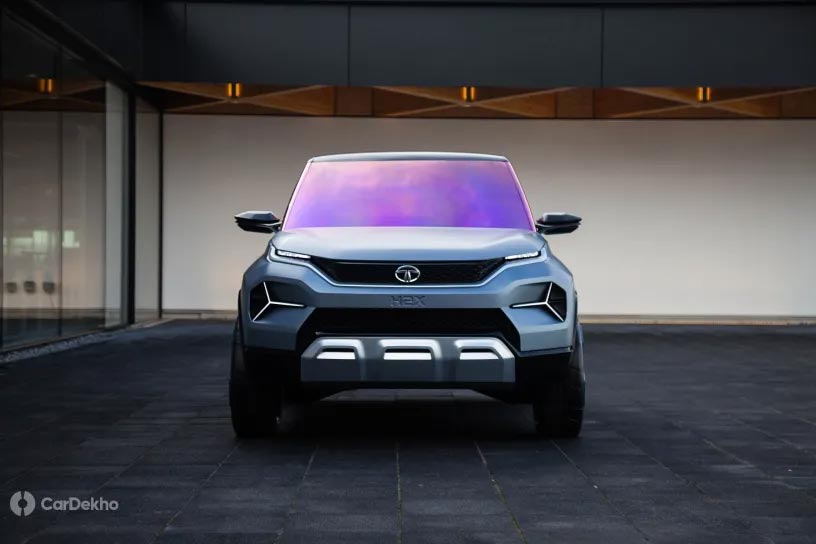 It might come across as surprising, but the H2X concept (1822mm) is wider than the Nexon (1811mm). It remains to be seen if the production vehicle (Hornbill) will be as wide or not. However, it is bound to have the kind of on-road presence people associate with bigger SUVs. 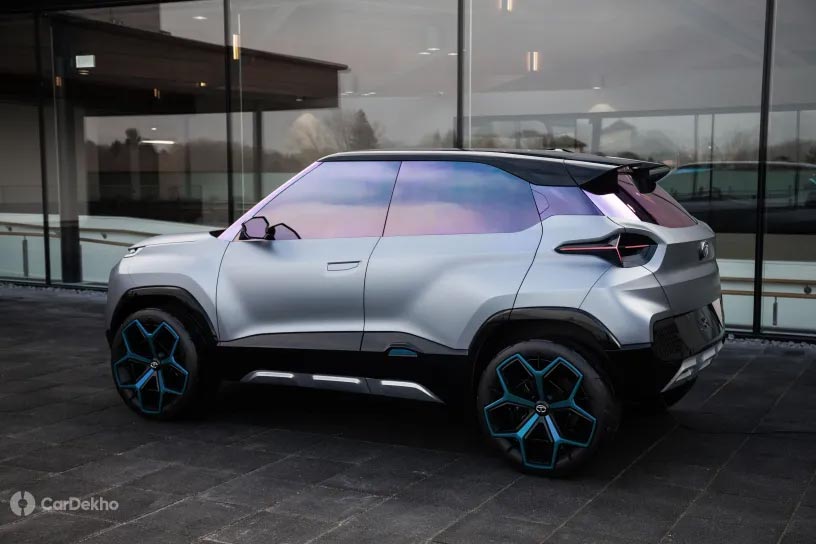 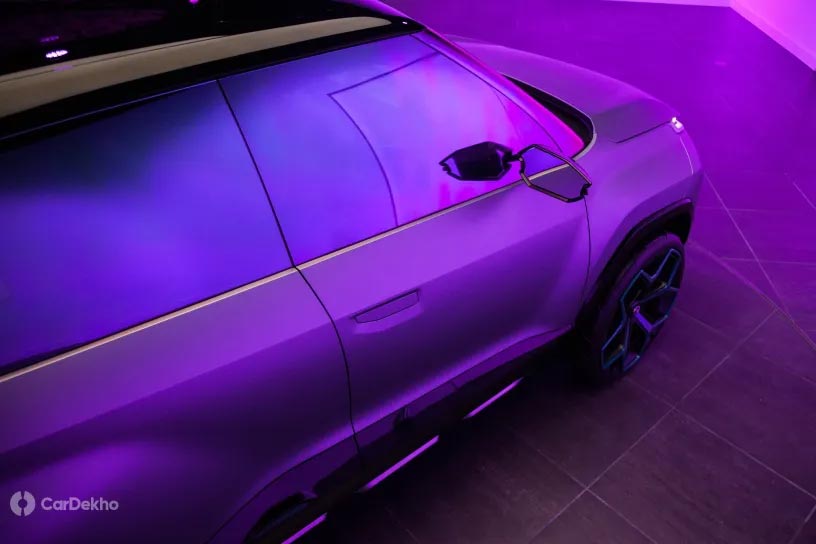 The door handles on the H2X concept sit flush with the body. However, we believe it is one of those features that will not make it past the show car. Expect the production car to come with regular door handles. 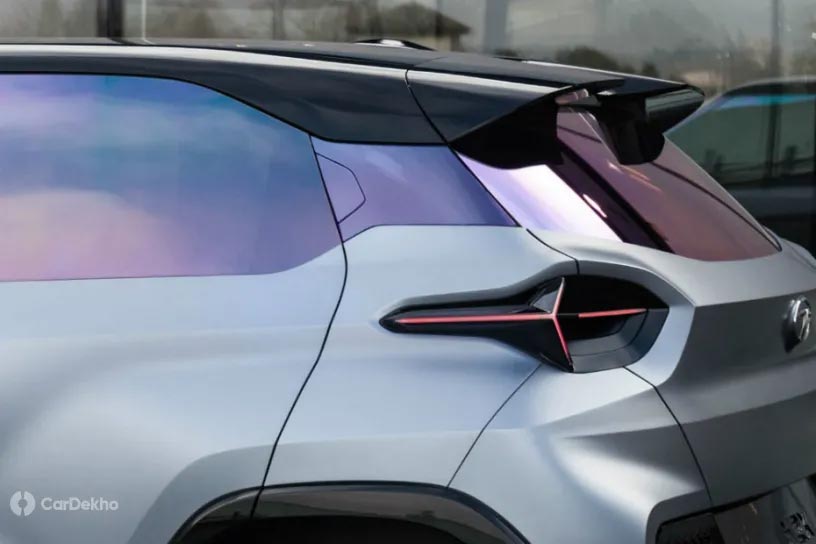 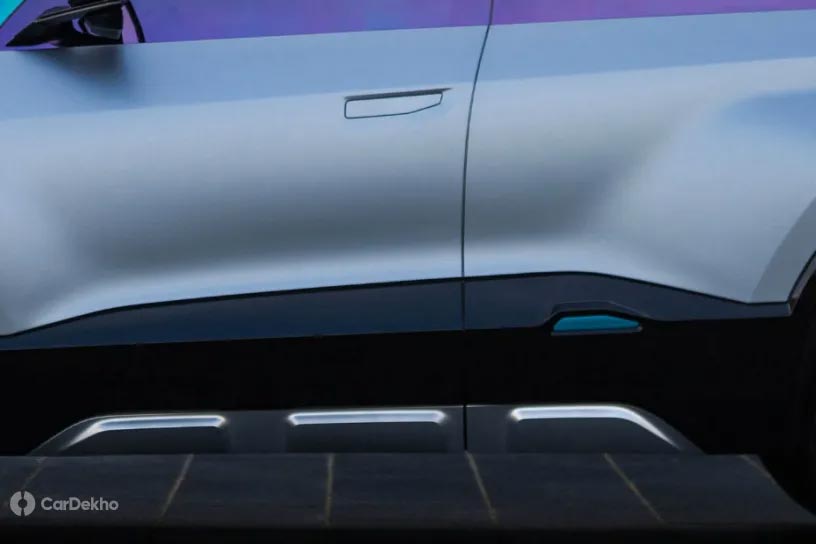 Prominent use of black cladding all around the body suggests that Tata is keen to promote the H2X’s rugged appeal. We expect the production version to carry this forward too. 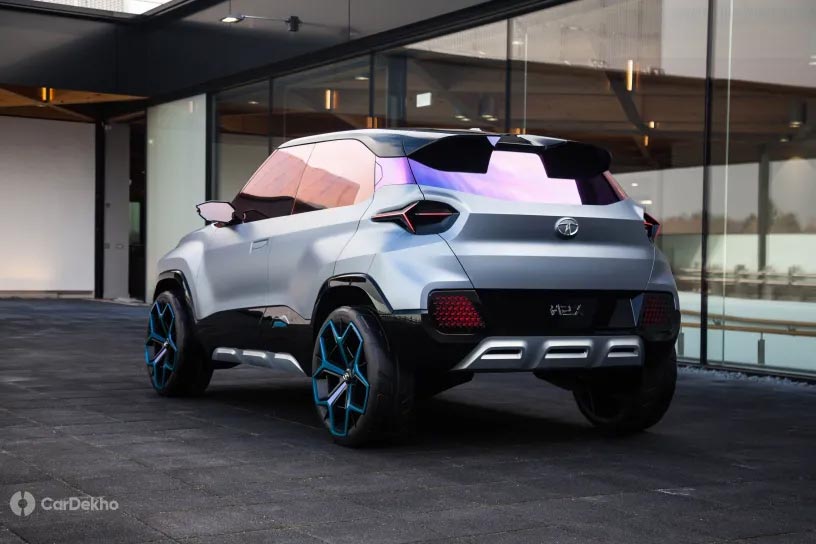 It also sports a rear spoiler that is mounted on the roof. Expect the production version of the small SUV to feature that as well. 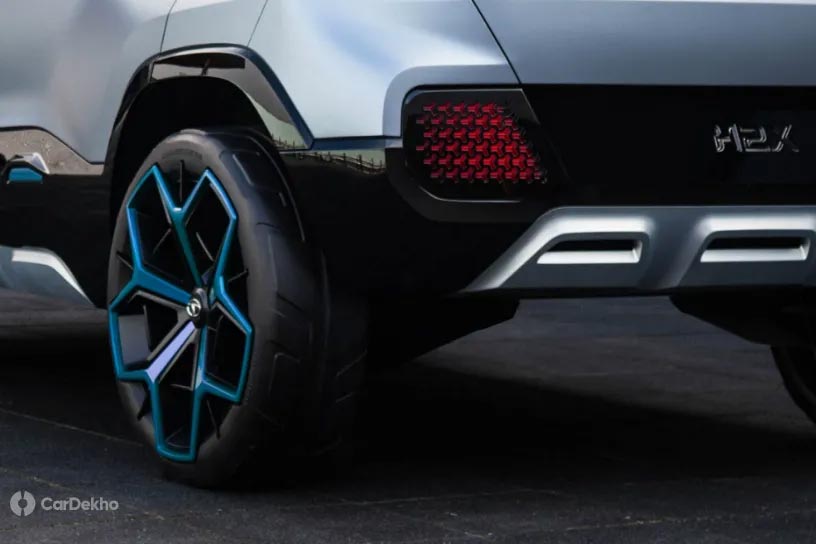 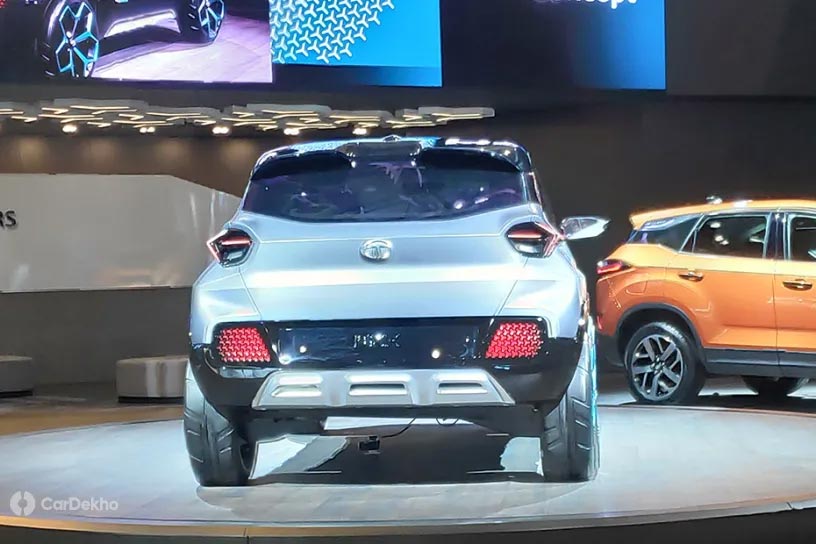 Unlike the H5X and 45X concepts that had sleek tail lamps which were retained in their production versions the Harrier and Altroz, the H2X concept features smaller and rounded tail lamps. 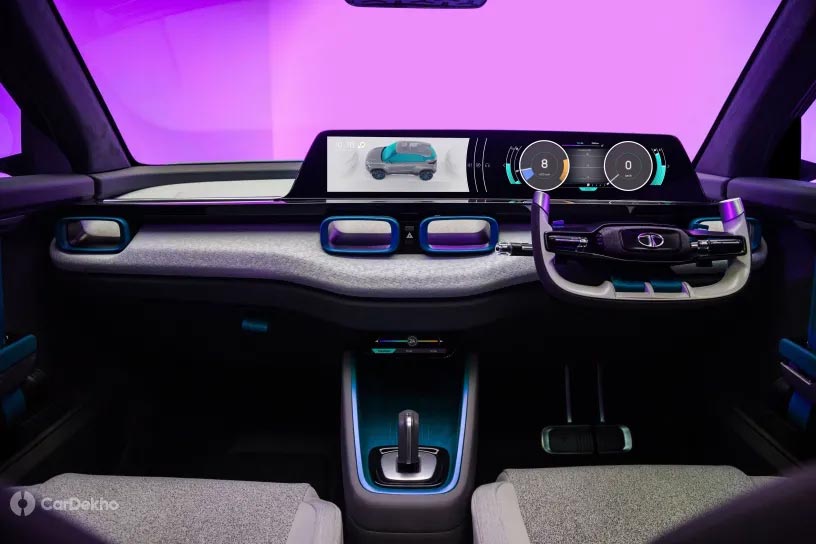 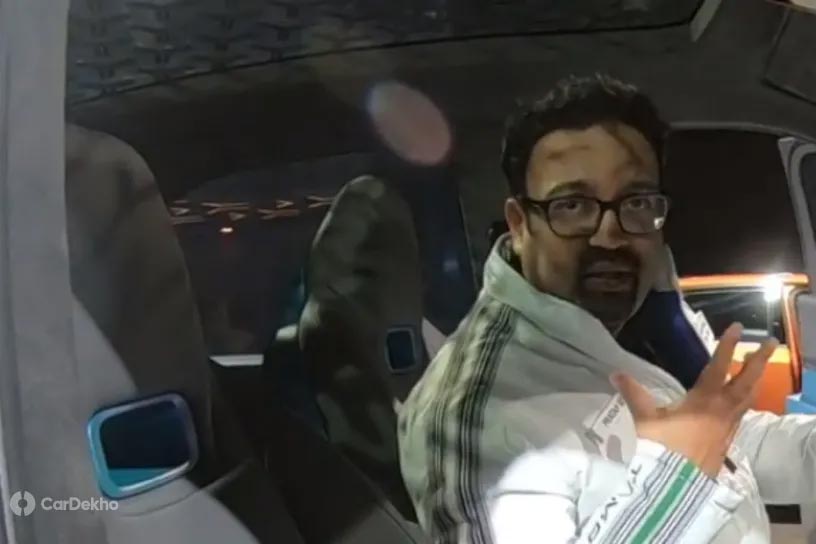 The Tata H2X Concept also has a sunroof. However, that may be restricted to the concept only since Tata has revealed to CarDekho that it doesn’t plan to offer a sunroof in its vehicles in India due to safety concerns. Instead, the carmaker plans to offer fixed glass roofs in future models. It remains to be seen if the H2X will get that. 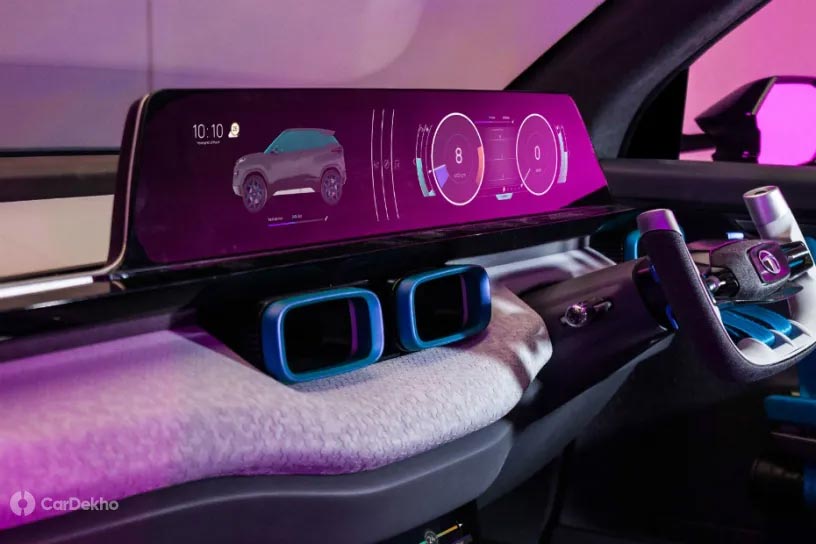 On the features front, the production-spec SUV may not get the dual-screen setup as seen in the concept. However, we expect the entry-level SUV to get the floating touchscreen setup seen on the Harrier and Nexon. 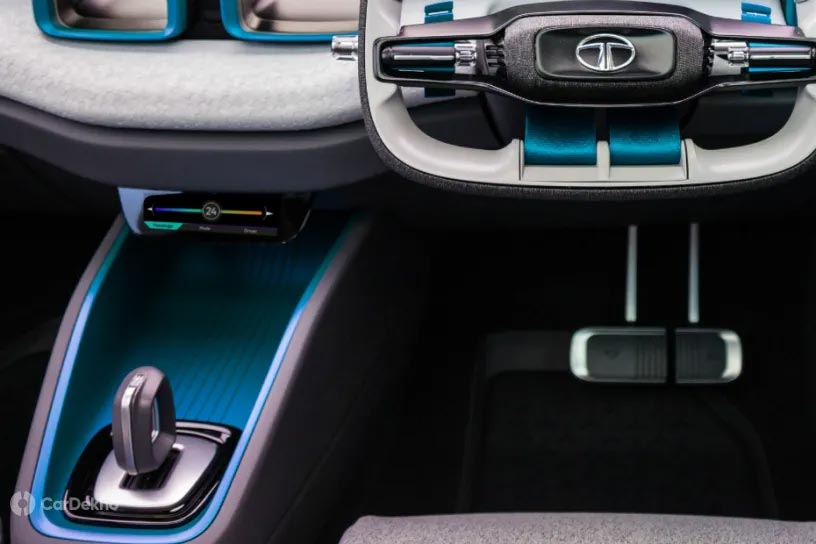 At the show, Tata Motors showcased the H2X with an automatic transmission. While this does not confirm that it will be offered on the production version, Tata is likely to offer an AMT option with the production-spec H2X, like it does on the Tiago and Tigor as well. 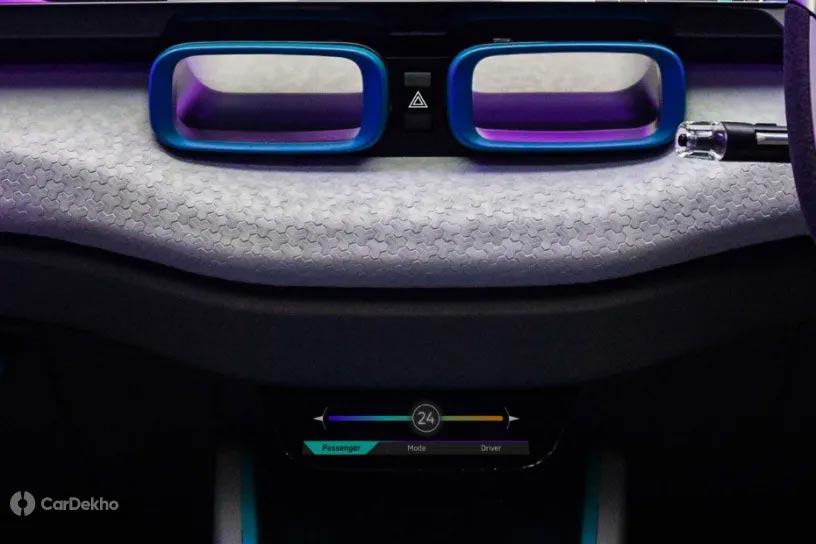 The H2X concept features a dual-zone climate control and if Tata were to offer this in the production version, it would be a segment-first. And with the current trend of high-end features trickling down to smaller cars, we would not be surprised if Tata did so. 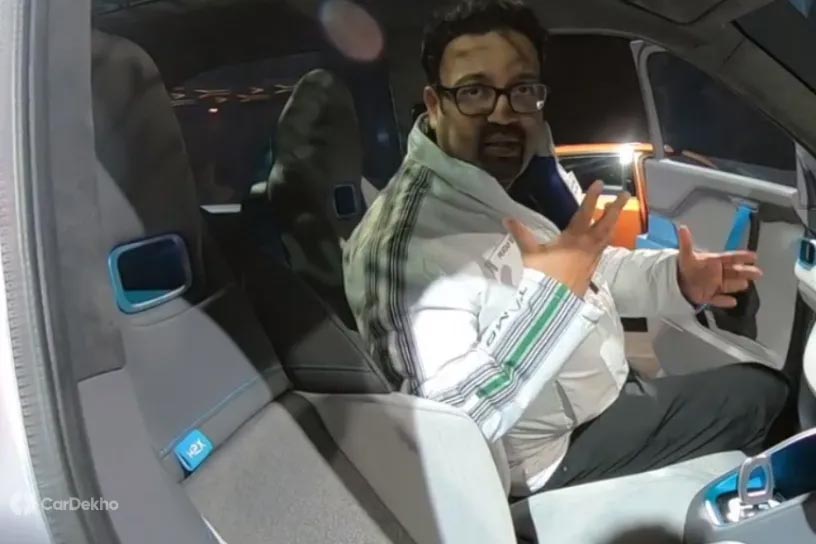 The interiors of the H2X concept also had bucket seats. However, we don’t expect them to be carried over to the production variant of the SUV.