Tata’s mid-size 5-seater SUV is priced quite aggressively, but how does it compare to its Jeep rival in terms of cabin space? We find out. 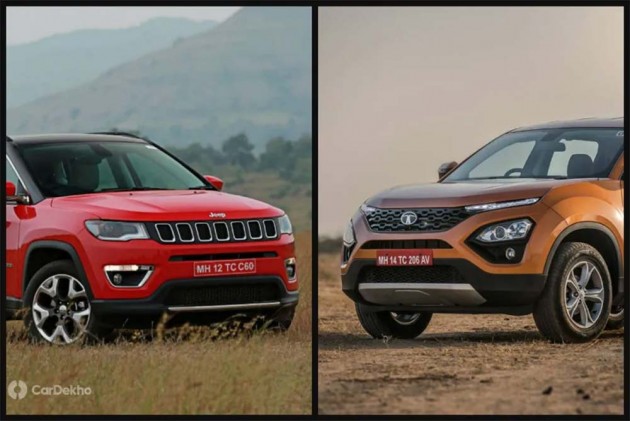 Harrier is bigger in every way than the Compass in terms of exterior dimensions.

The Harrier is the latest offering from Tata Motors. It is a mid-size SUV that rivals the likes of the Hyundai Tucson and the Jeep Compass. It is a reasonably large 5-seater SUV with very aggressive pricing that can give competition even to some compact SUVs a segment below. In this article, we not only compare how big the Harrier and Compass are on the outside, but also in terms of space inside based on the measurements that we have done. Let’s find out. 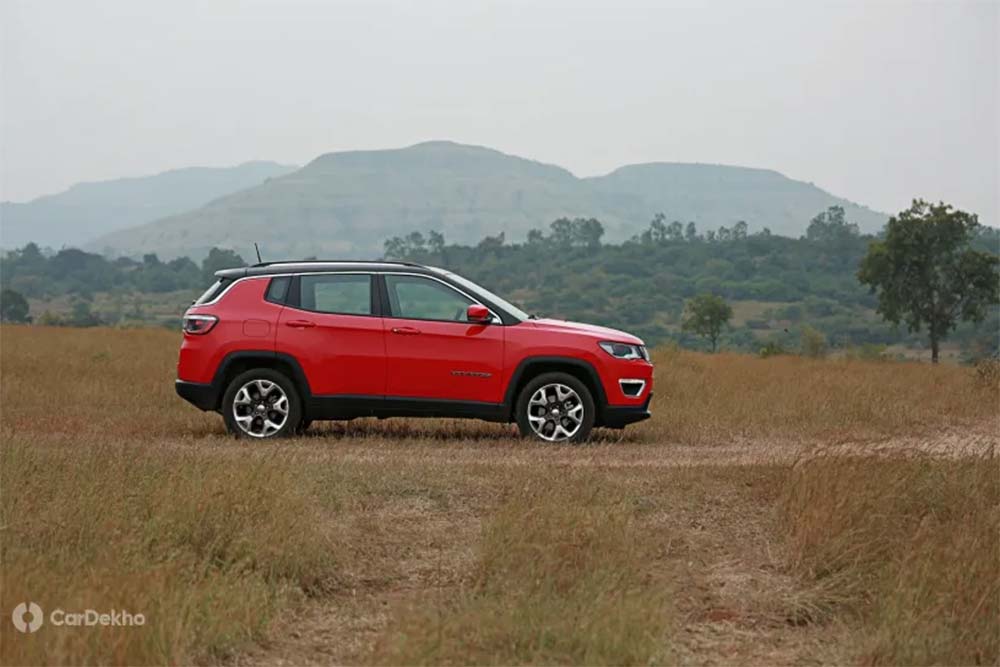 The Harrier is built on Tata’s new OMEGA-ARC platform and is bigger than the Compass in every way. It’s longer, wider and taller. But let’s see how that translates into space difference on the inside. 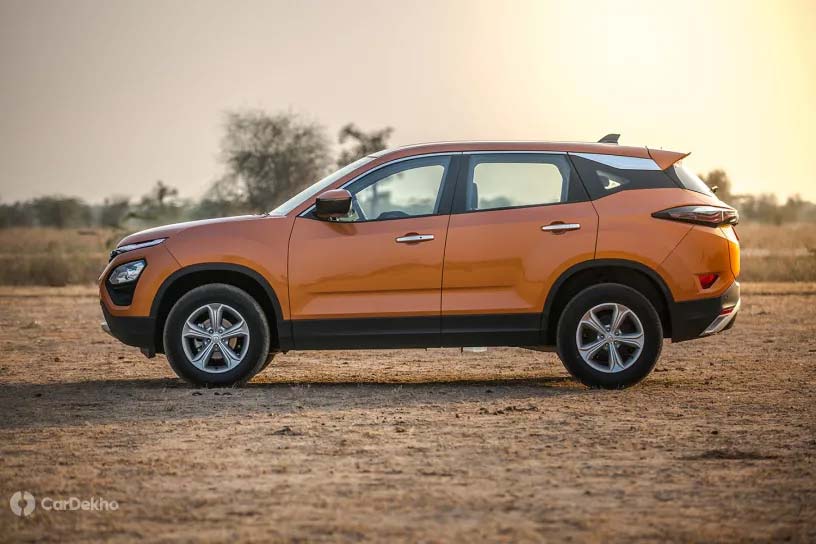 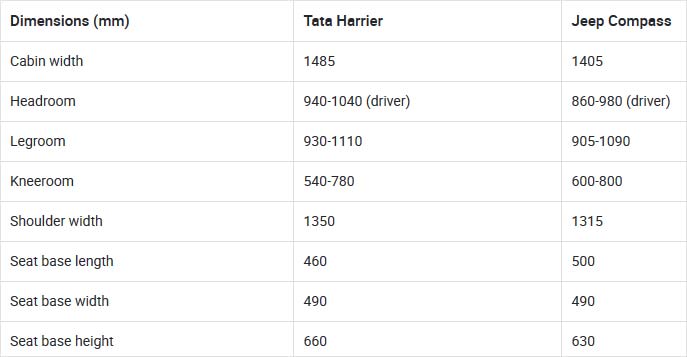 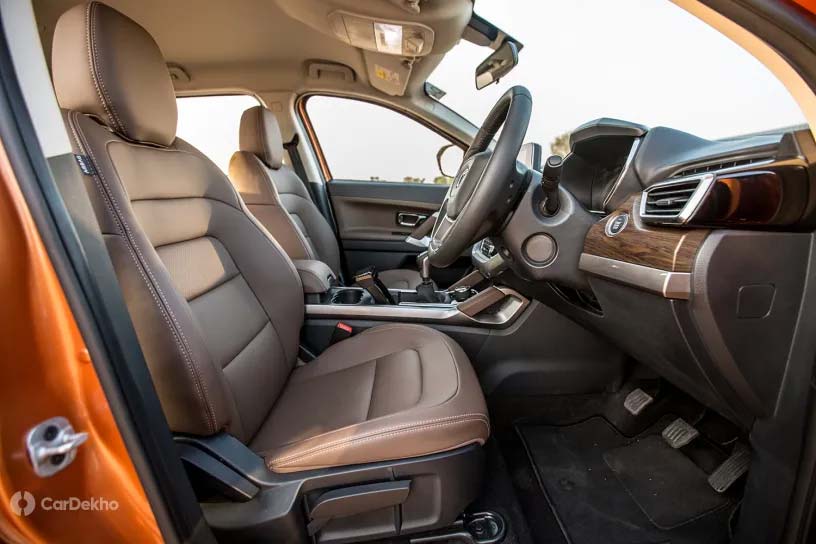 In the front, the Harrier trumps the Compass in nearly all aspects. The Tata has a wider cabin with more headroom, legroom and shoulder width too. However, when it comes to kneeroom, the Compass has more space in both min and max seat positions. 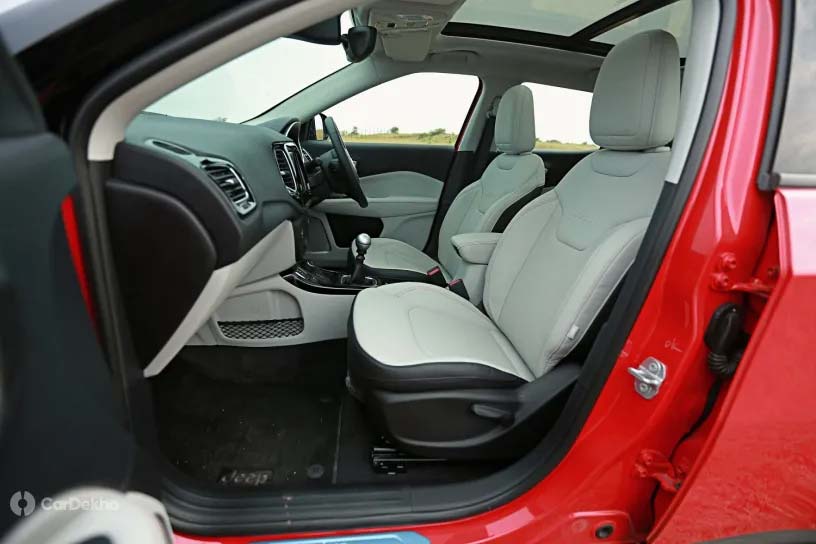 The Compass’ front seats are also more accommodating, with a longer base for better underthigh support while the width of the base is same as the Harrier. However, the Tata’s seat base is higher than the Jeep’s which would give it a more upright seating position. 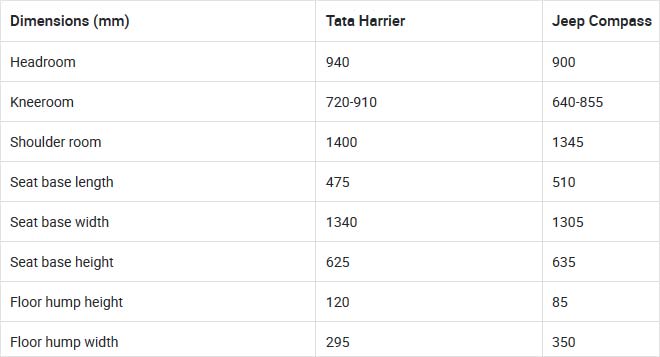 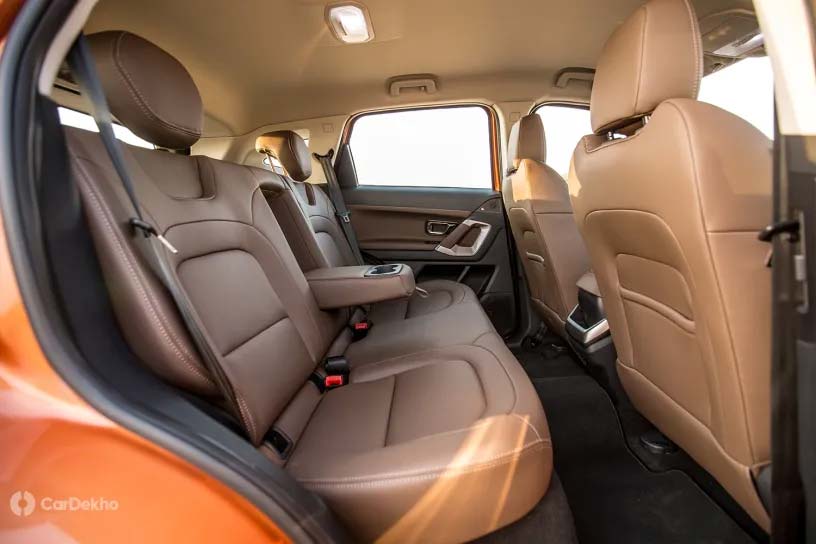 Moving onto the back seat of these 5-seat SUVs, the results are quite similar. The Harrier has 40mm more headroom, considerably more kneeroom in both min and max positions of the front seats as well as 55mm more shoulder room. 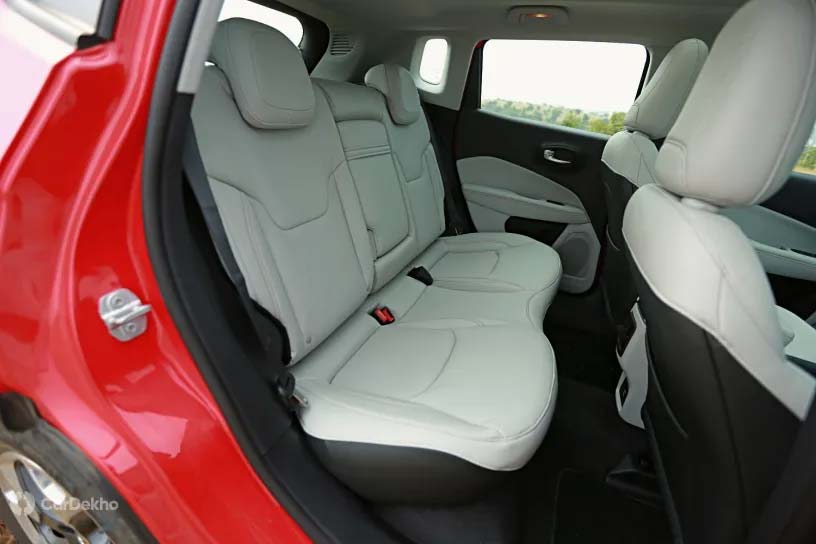 The Harrier’s rear bench should be able to accommodate 3 adults more comfortably as it is 35mm wider. But, the 120mm tall and 295mm wide floor hump for the transmission tunnel may be intrusive for the middle passenger. In the Compass though, the floor hump is 350mm wide but only 85mm tall which might allow the middle passenger to place their feet on the hump itself without too much discomfort. 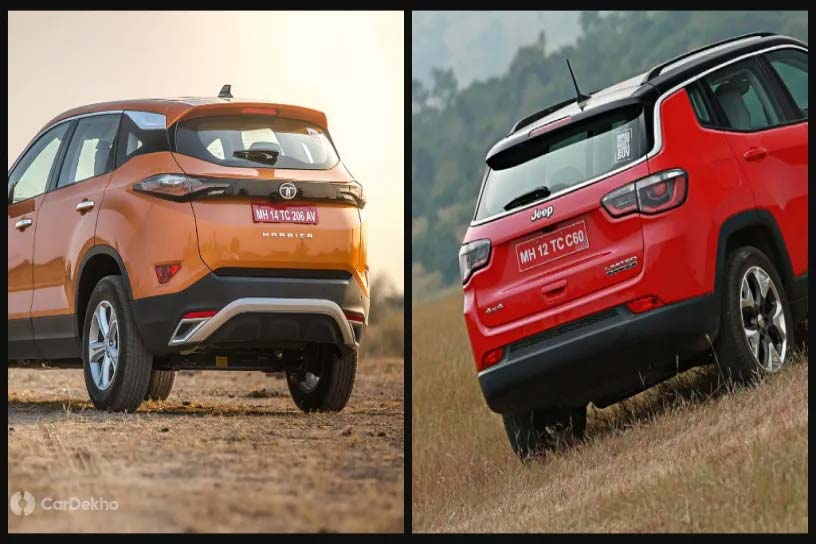 Unsurprisingly, in the case of the Tata Harrier and Jeep Compass, the bigger car has more space on the inside as well. But that won’t discount the fact that the Compass’ seats would be more accommodating for 4 individual passengers.