The Ferrari SF90 Stradale Is A 1000PS Hybrid Beast! 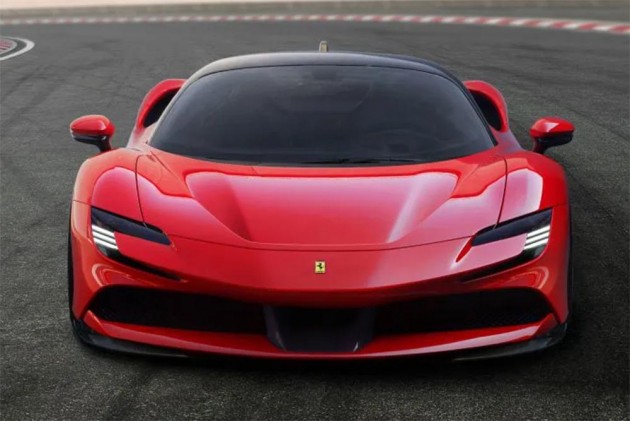 Ferrari broke the internet yesterday with its new hybrid supercar dubbed the SF90 Stradale. Named after the Italian marque’s famed motorsport division Scuderia Ferrari, it celebrates 90 years of its existence. The LaFerrari was the first prancing horse to feature a hybrid architecture and with the SF90 Stradale, Ferrari is entering uncharted waters by incorporating a PHEV setup with its F1-inspired innovations. 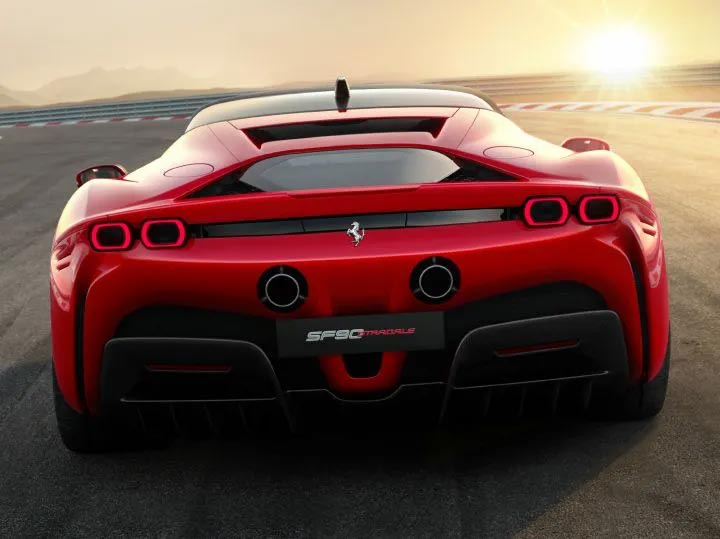 Ferraris has always been about what’s powering them and sitting behind the driver in the SF90 is the multiple award-winning 4.0-litre V8 pushing out 780PS of maximum power. But, that’s not all! The SF90 Stradale is the most powerful road-going Ferrari ever made and aiding this achievement is not one, but three electric motors that produces a total of 220PS. All this wizardry makes for a combined output just shy of the 1000PS mark, while peak torque is rated at 800Nm. Does this mean that the race for horsepower is led by the horse itself? Woking thinks otherwise.  Maximum power figure is not a new fetish among supercar manufacturers, but the numbers are being upped at an alarming rate with the launch of every new supercar. 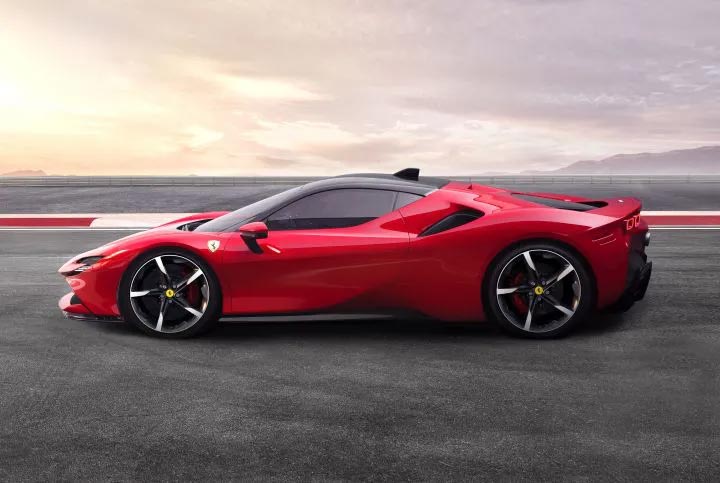 The three electric motors are placed in a very unique manner. While two of them are placed on the front axle, the third one sits between the engine and the gearbox. A high-performance lithium-ion battery provides juice to all three motors. While the three motors can be used in conjunction with the V8 engine for extra performance, they can also run on pure electric mode that provides a maximum range of 25km. The ‘eDrive’ mode will be especially useful for owners who live in eco-conscious cities, or have neighbours who somehow don’t like the beautiful roar of a Ferrari V8. Speaking of which, the F154 twin-turbo V8 is now bored out from 3902cc to 3990cc and the SF90 Stradale can hit the 100kmph mark from standstill in just 2.5 seconds before maxing out at 341 kmph. 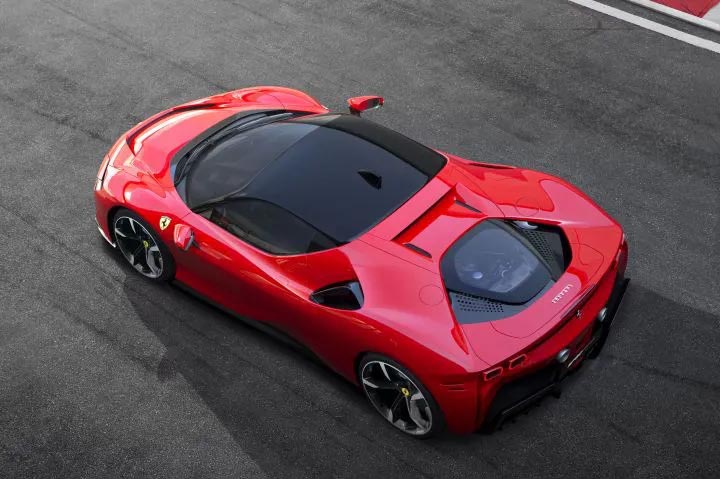 The clever folks at Maranello have also eliminated the reverse gear from the 8-speed dual-clutch gearbox, thereby saving some weight. Worry not, this Fezza flagship can reverse, but that is exclusively taken care of by the two electric motors on the front axle. 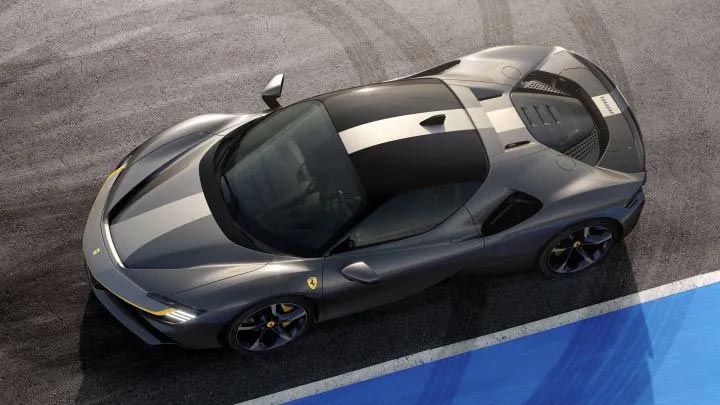 There are four driving modes - eDrive, Hybrid, Performance and Qualify. ‘edrive’, as its name suggests, uses only the electric motors.  ‘Hybrid’ is the default setting and it automatically use both the powertrains. ‘Performance’ gives more priority on charging the batteries and keeps the engine running at all times. The SF90 also gets a ‘Qualify’ mode! It is the all-out mode and it gives the maximum combined thrust. Ferrari also claims that the SF90 Stradale can lap any circuit in the world, including the 21-odd km Nurburgring, at full juice. 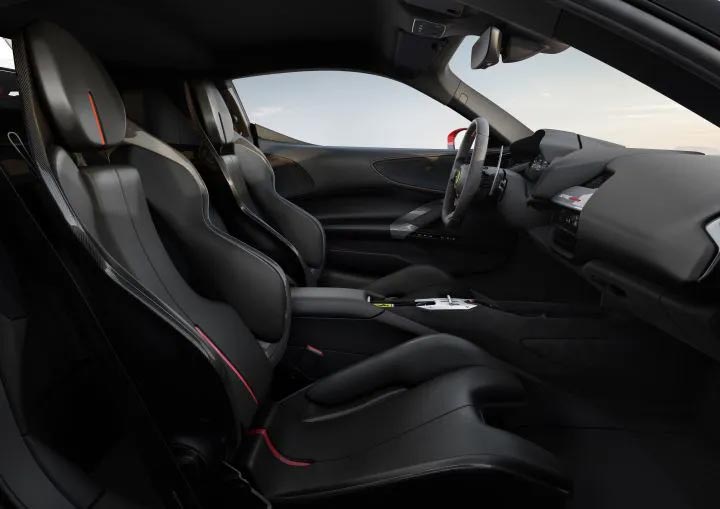 The SF90 Stradale tips the scales at 1570 kg, and for the first time, Ferrari is allowing select customers to choose between a standard car and the hardcore Assetto Fiorano specification (think Porsche and its Weissach package). This pack brings with it an extensive use of carbon fibre and titanium, resulting in a weight-saving of 30kg. The Assetto Fiorano pack also comes shod with Michelin Pilot Sport Cup2 tyres. The result of this is a lap time of 79 seconds around the Fiorano test track, which is a teeny bit quicker than the LaFerrari. 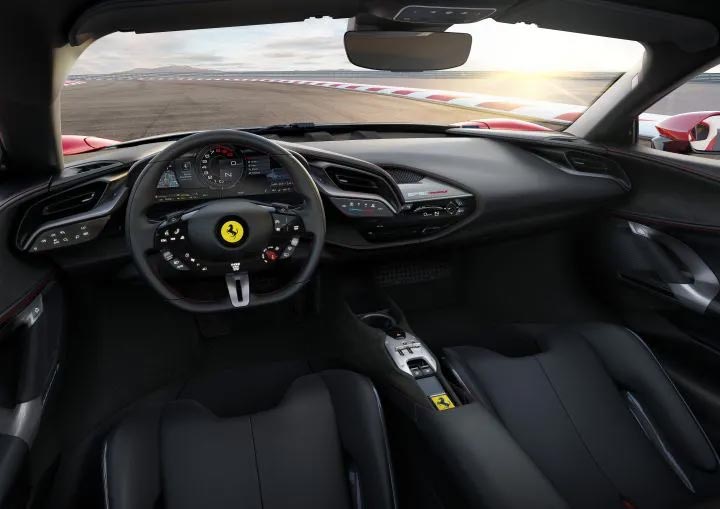 Styling is a highly subjective area and we’ll keep our opinions at bay.  Nevertheless, the latest Ferrari surely looks the part with aggressive aero ducts which generate 90kg of downforce at 250kmph. The steering wheel features a touchpad and a series of buttons that controls almost every aspect of the supercar. The instrument cluster, contrary to all Ferraris ever made, is now entirely digital and is part of a 16-inch curved HD screen.

The price and the production numbers have not been revealed yet but expect it to cost substantially more than all your organs combined.