The History Of The KTM Duke

KTM is celebrating 25 years of the Duke. We go back to where it all began 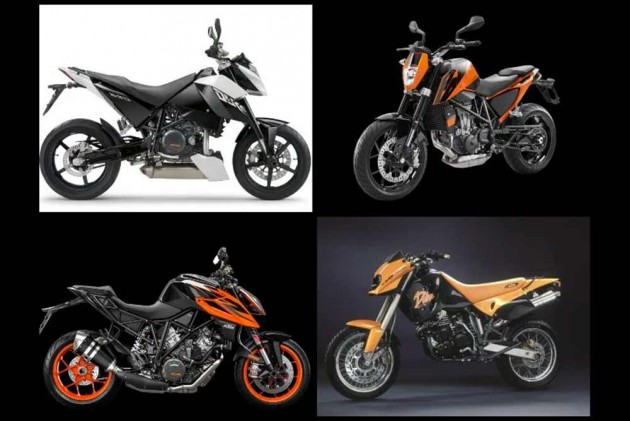 It has been 25 years since KTM launched the first Duke. Since then, the Duke in its various forms has struck a chord with motorcycle enthusiasts everywhere. Even Indian two-wheeler enthusiasts can’t seem to get enough of it too, so we at ZigWheels penned down our favourite moments with the orange naked. 25 years is a long time, so let's revisit the past and look back to where it all began. 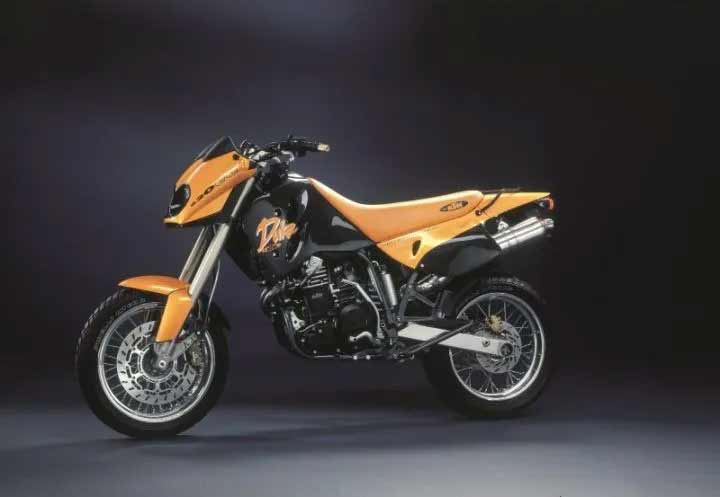 It all started with a simple idea. Pack in a large capacity motor inside a lightweight chassis or simply put an Enduro with road-going tyres and suspension. For this bike, KTM used the high-tech LC4 liquid-cooled four-stroke single-cylinder motor. KTM’s designer Gerald Kiska (who went on to form Kiska designs) based the new 620 Duke on a previously abandoned project called the ‘Terminator’. The Duke name was approved owing to its royal roots and not as a homage to legendary MotoGP racer Geoff Duke as many believe. When launched, the 620 Duke made around 50PS, making it the most powerful single of its time. 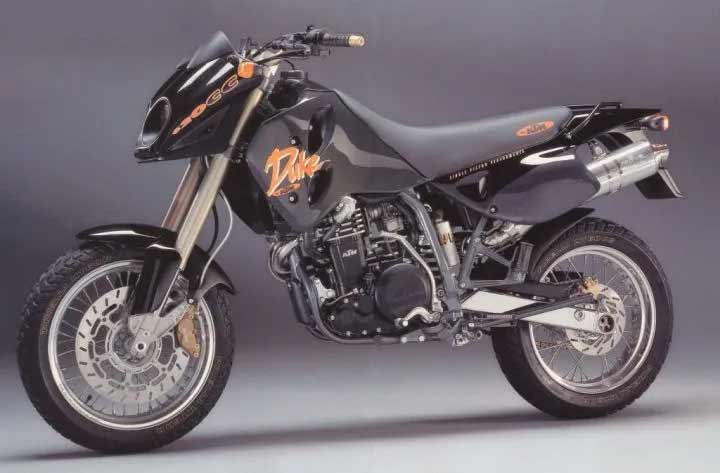 KTM increased the engine size to 640cc which led to a slight increase in torque. While it carried the same underpinnings and bodywork of its predecessor, the 640 Duke got better brake components. 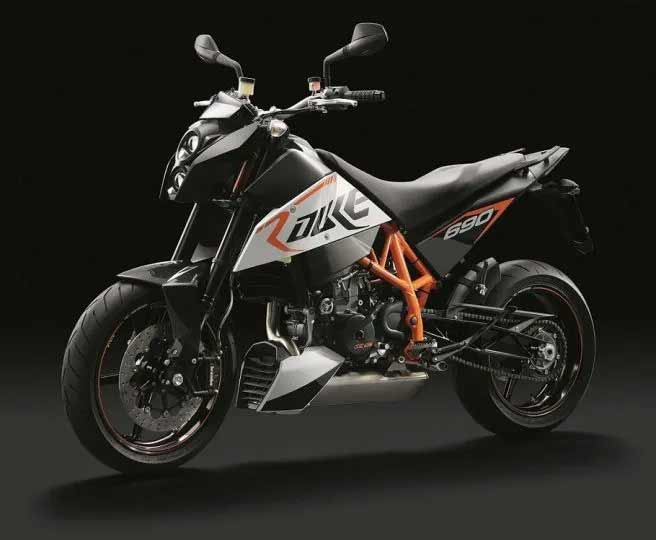 While the previous two generations of the Dukes were sort of derived from an enduro motorcycle, the new 690 Duke was designed from the ground up as a road bike. While it did have the enduro style slim tank and seat, the twin underseat exhausts (as the earlier models were twin-port units) were replaced by a single underbelly unit.  It got a new single-cylinder motor that came with fuel injection and now made around 63PS. In 2010, KTM launched a hotter 690 Duke R that was distinguishable from the standard model thanks to its orange frame. 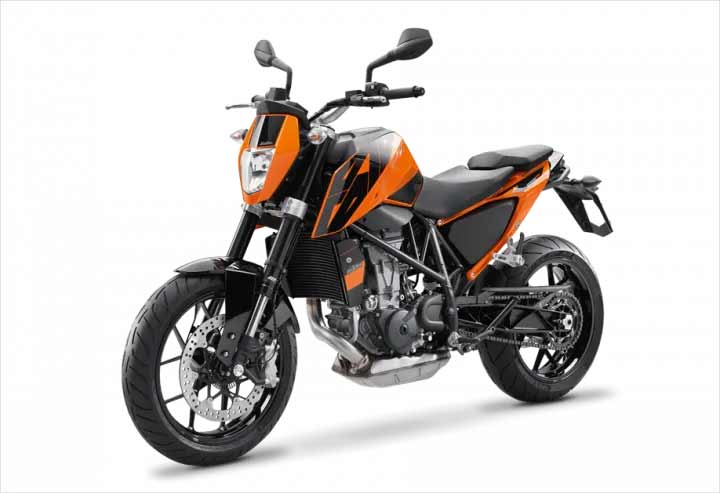 In 2016, KTM launched the 690 Duke with an updated motor that came with a new engine management system and a secondary balancer shaft for better refinement. This motor made a healthy 73PS. It still continues to be on sale, making it the world’s most powerful production single-cylinder motorcycle. 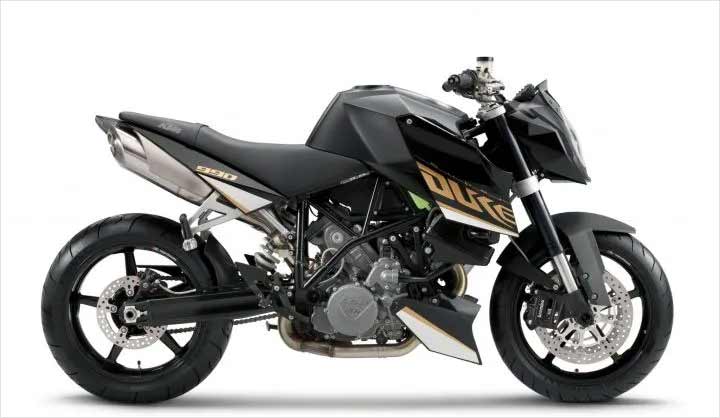 The 990 Super Duke, in a radical departure from the previous Dukes, now featured an LC8 V-twin motor. Its large 999.9cc motor made a superbike rivalling 120PS and close to 100Nm of thrust. It's edgy lines were penned by Gerald Kiska and the exhaust, like the first Duke, sat under the seat. The 990 Super Duke got exotic underpinnings in the form of a chromium-molybdenum trellis frame and WP suspension components. In 2007, the 990 Super Duke was updated with an improved fuel injection system and a larger fuel tank. The same year, KTM also launched a hotter 990 Super Duke R. 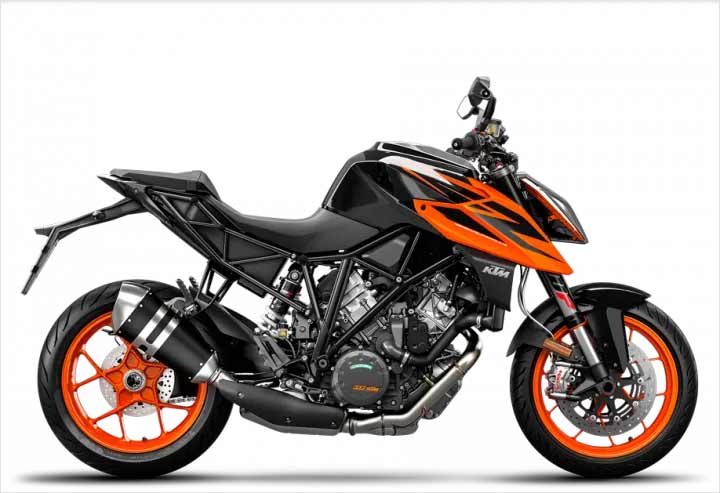 The current models deliver an impressive 177PS and 144Nm of torque. 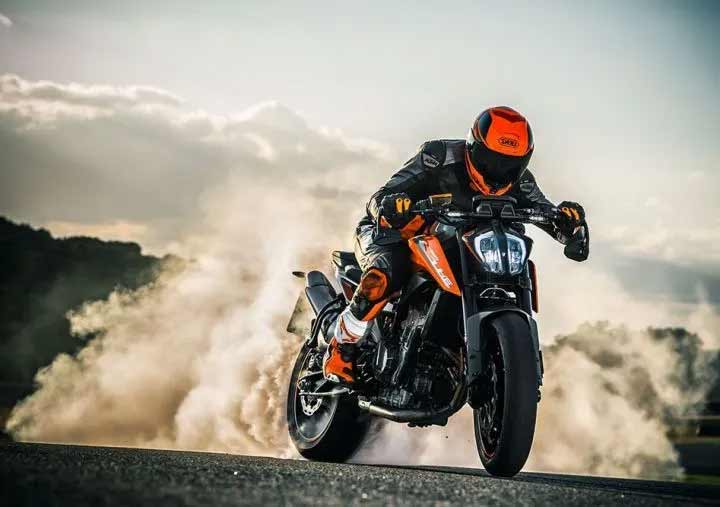 The 790 Duke features a parallel-twin motor. Its 799cc motor delivers 105PS and 87Nm of torque. The best part is that it weighs just 169kg (dry). The motorcycle gets IMU based electronics, rider modes and traction control. Set to launch in India tomorrow, you can head here for more details. 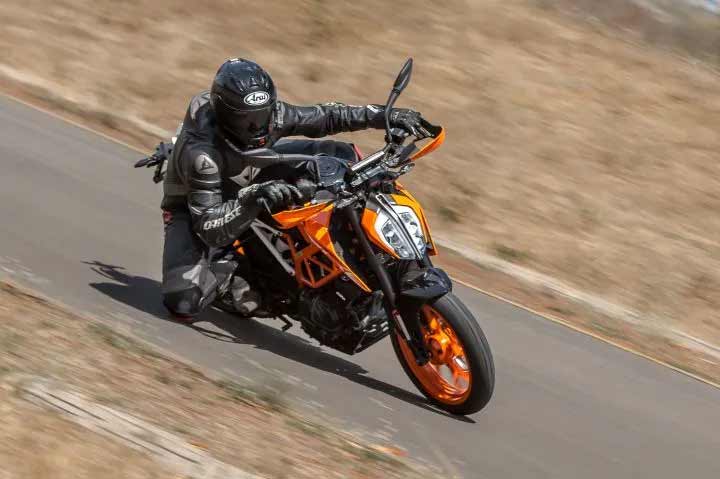 While the larger Dukes are yet to come to India, the largest one we have is the 390 Duke. Launched in 2014 here, the 390 Duke underwent a generational change in 2017. It got a new bodywork, features like LED headlamps and colour TFT instrument console. The 373cc single-cylinder motor makes 43PS and 37Nm. KTM also sells smaller capacity Dukes here, the smallest of which is the 125 Duke. Other options include the 200 Duke and 250 Duke.