This 825PS Beast Is McLaren’s Most Extreme Car Ever!

If you thought the Senna was extreme, the GTR will scare the bejesus out of you. Luckily, it's for track use only 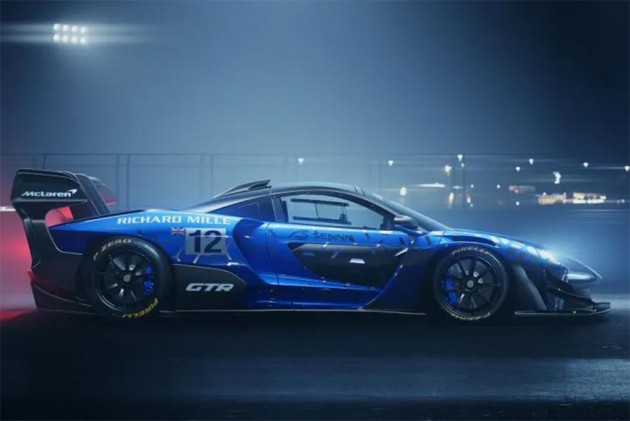 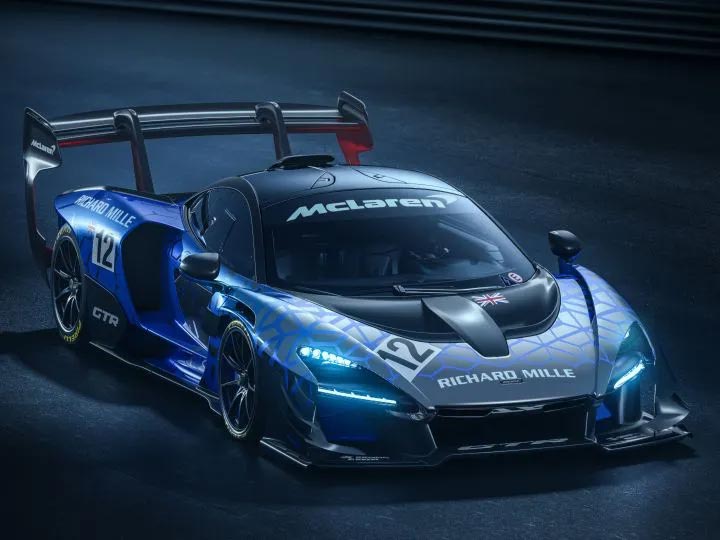 When McLaren unveiled the Senna, no one in their right minds thought that it wasn't extreme enough. But here we are, just over a year later, with a more extreme GTR version that makes the regular Senna look like a friendly neighbour. McLaren’s most extreme track car yet - the Senna GTR - is essentially a race car unshackled from stringent racing or road regulations. Rather, it uses all of McLaren's race expertise to go as fast as possible. 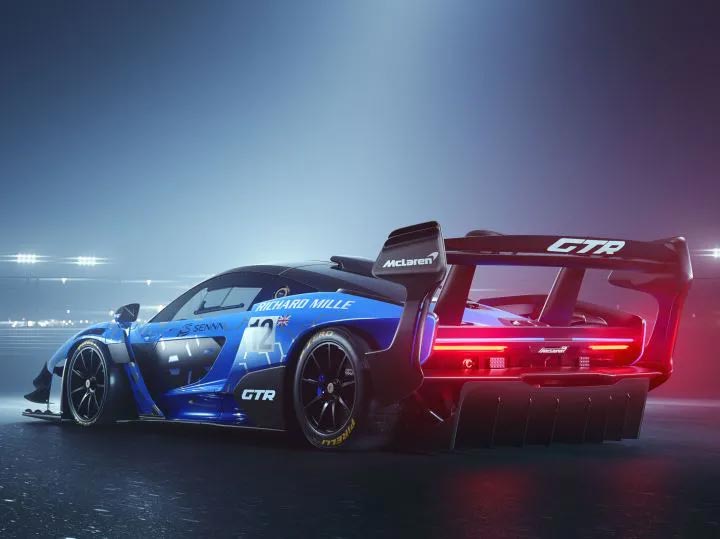 Don't believe me? Check this out. It uses the same 4.0-litre, twin-turbocharged V8 engine as the Senna but produces 825PS of peak power (25PS more than the Senna) and 800Nm of peak torque. The engine is mated to the same dual-clutch, seamless-shift 7-speed transmission as the regular Senna. The extra power has been achieved by recalibrating the ECU and removing the secondary catalyst from the exhaust system altogether to reduce back pressure. This has made the car louder, but we doubt that would be a deal-breaker for any of the 75 owners. Also, the Senna GTR is 10kg lighter than the car it is based on. And at 1,188kg, it has a power-to-weight ratio of 694PS-per-tonne. 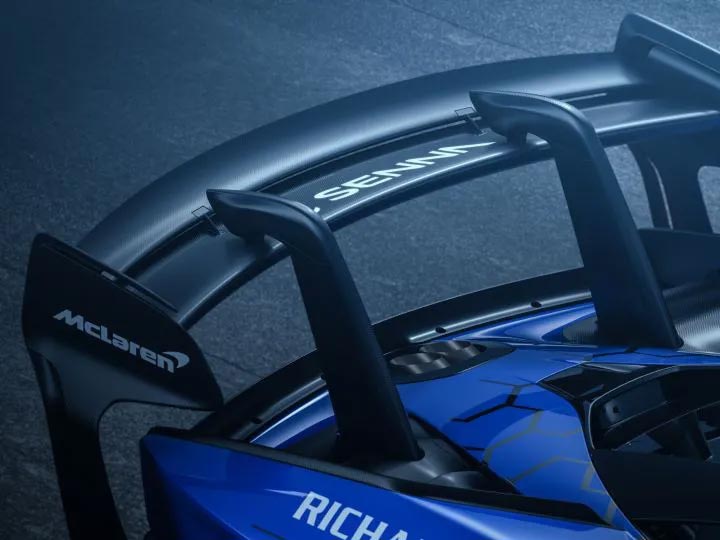 But the massive rear wing suggests that the Senna GTR is meant to corner at speeds beyond you’d imagine were possible. It generates over 1,000kg of downforce at 250kmph, which is 200kg more than what the regular Senna develops at the same speed. To withstand this downforce, the Senna GRT uses suspension derived from McLaren’s GT3 racing programme. It even uses active aerodynamics to give you maximum cornering traction with tech like active aero blades flanking the radiator and a massive rear wing with a drag reduction system (DRS). 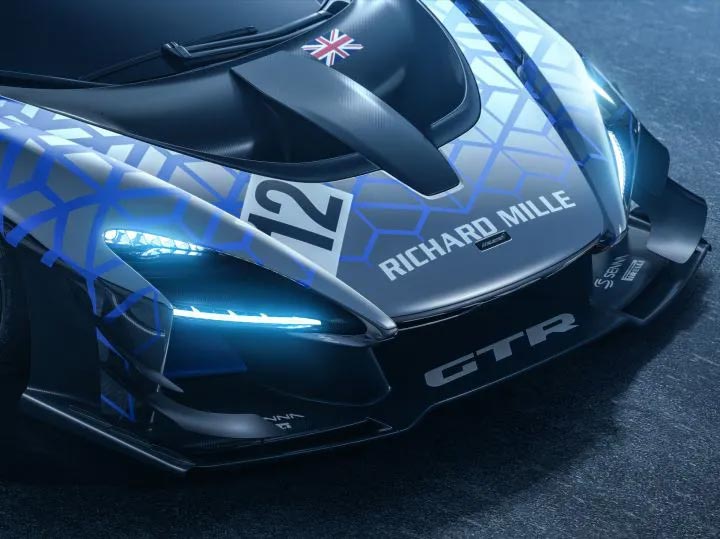 If you’re thinking this is just a Senna with some fancy body kit, you could not be more wrong. The GTR, in fact, has a chassis that is wider and lower than the road-legal Senna. The front track has been increased by 77mm while rear track is wider by 68mm to offer more stability and grip. It also gets bigger 19-inch wheels that house larger disc brakes for better stopping power. 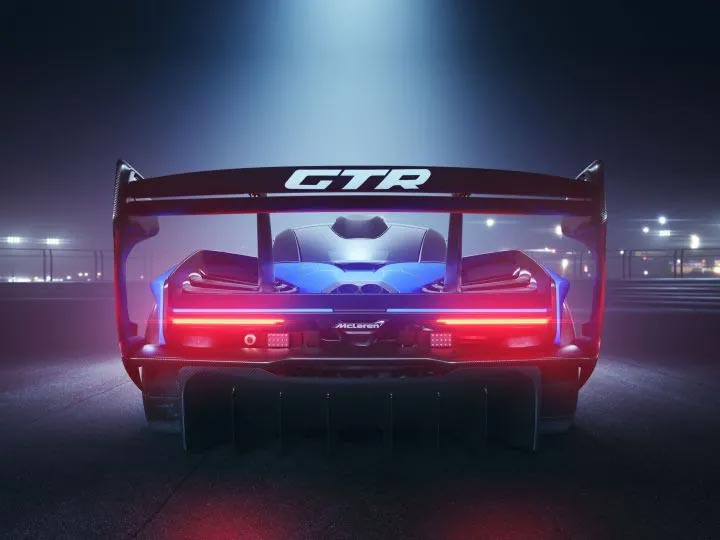 While improved track prowess is all well and good, McLaren knows that its customers also expect a certain standard of luxury for a car that’s priced at £1.1 million (around Rs 10 crore). Hence, there is a satin finish to the carbon-fibre elements inside the cabin. The door sills are covered in black carpet while the headliner is made of Alcantara. In fact, McLaren has even managed to retain the air-conditioning to keep things cool inside the cabin during hot track conditions. But you do not get modern creature comforts like a touchscreen infotainment system, speakers and or even the folding instrument cluster seen on the regular Senna. What you get instead are race-spec items like the GT3 race car’s steering wheel and a race-focused instrument cluster. There’s also a rear-mounted camera that sends a video feed to a screen inside the cabin.

With all 75 units accounted for, we can only dream of sitting behind the wheel of one. So what do you think of the Senna GTR? Is it too extreme? Can it join the greats such as F1 GTR and the P1 GTR?