This Custom Harley Should Come With A ‘Mature’ Rating! 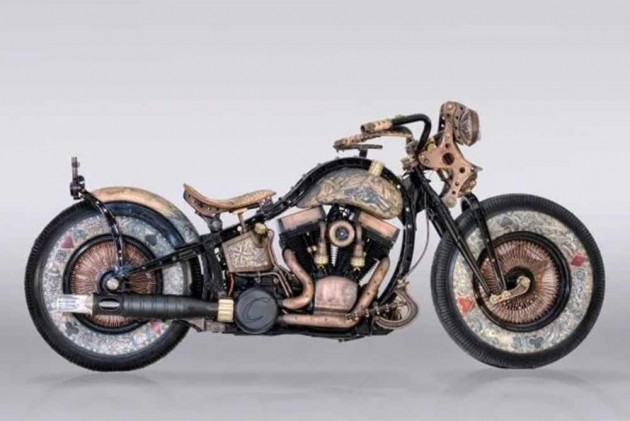 One might imagine a Harley-Davidson rider as a well-built person covered with leather and intimidating tattoos on his arms. To amass all these elements and create a custom motorcycle is one hell of a job. Until now, we have seen a long list of custom Harleys, but we might have a winner here. Meet the Recidivist. The definition of ‘Recidivist’ is “a convicted criminal who reoffends, especially repeatedly.” Hmm, interesting.

This custom Harley is the brainchild of Polish custom house Game Over Cycles and it has won several accolades around the globe for the Recidivist. Unlike any other custom motorcycle that you see, which sports a unique paint scheme, the Recidivist’s entire body is covered with real cow skin on which the tattoo artists have made painstakingly beautiful details. 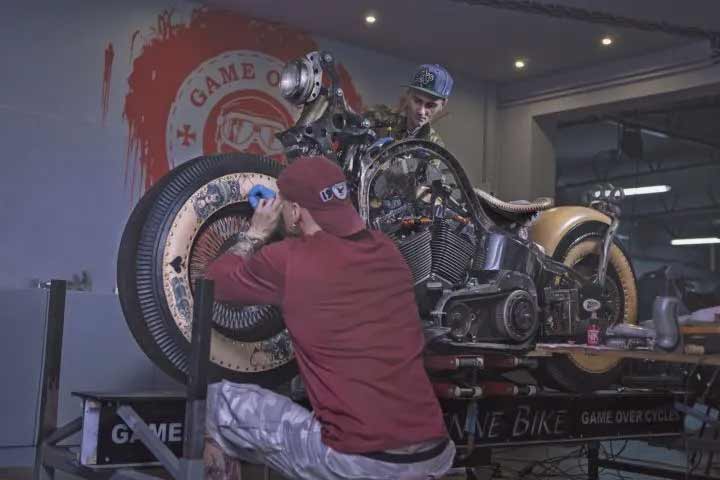 Each panel worked as a blank canvas and the artists just went all out with their imagination. For instance, there are faces inscribed on the panels of people who helped the Bar & Shield company to grow. And if that wasn’t enough, take a closer look at the wheels and you’ll notice that they have engraved an entire storyboard of a bank robbery scene... on the frickin’ wheels!

Honestly, we could just go on revealing every teeny-tiny detail (and we would love to), but there’s just so much more to cover on this motorcycle. Apart from the engine and a small part of the frame from the Softail lineup, the entire motorcycle has been built from scratch. So, new frame, new suspension, even the tyres are custom made for this one! Moreover, there are some parts which are moulded to look like a tattoo machine. For example, the conventional ignition plugs are replaced with REAL tattoo guns, the front fork is designed to look like a tattoo machine and the custom exhaust has small pipes in it, which mimics the pulsating needles in a tattoo machine when you turn on the motorcycle. 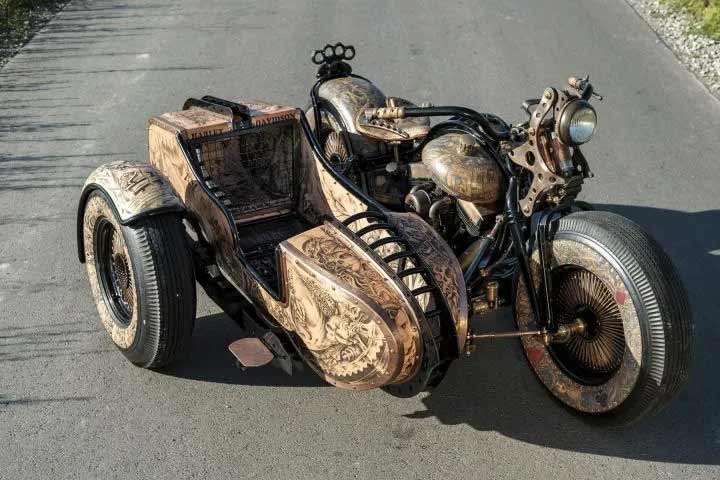 To increase its badassness, the custom house has made some other changes as well. The brake callipers are in the form of handcuffs, the clutch and brake levers are replaced by butterfly knives, the tail light is replaced by brass knuckles and the kickstarter is shaped like a bomb detonator. Honestly, we are quite surprised that the Recidivist doesn’t come with a ‘Mature’ or NC-17 rating.

The chaps at Game Over Cycles took 3,000 hours to construct the motorcycle, whereas the tattoo artists took an additional 2,500 hours to ink out the intricate design details. And if you are a fan of tattoos, leather and, to some extent, weapons, then the Recidivist might just be the one for you… if you’re willing to shell out $1 million for it (around Rs 7.2 crore). Ouch!