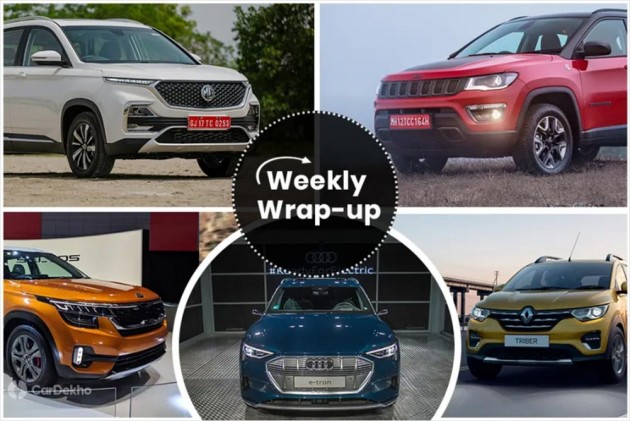 Jeep Compass Trailhawk: The wait is finally over. Jeep has finally introduced a diesel-auto combo for the Compass in the form of the Trailhawk. Even the lower variants are expected to get this gearbox in the future. What else does the Trailhawk get? Find out here.

MG Hector: MG Motor is open for business in India with its first product, the Hector, having been launched recently in our market. It comes in four different variants. But which one is the right variant for you? Find out here.

Kia Seltos: Kia Motors is gearing up to start selling its cars in India. The Korean carmaker has revealed that it will be launching its first car in India, the Seltos, in August. Here’s what can you expect.

Renault Triber: The French carmaker recently revealed its modular offering in the form of the Triber. Should you wait for Renault to launch the Triber or put your money down on the likes of Maruti Swift, Hyundai Grand i10 or Ford Freestyle. Find out here.

Audi e-tron: The first electric SUV from the Ingolstadt based carmaker has been revealed in India. It can do over 400km on a single charge and gets all the premium bits we expect from an Audi. When will it launch and how much will it cost? Find out here.