Which one of these beasts is the king of speed? Let’s find out 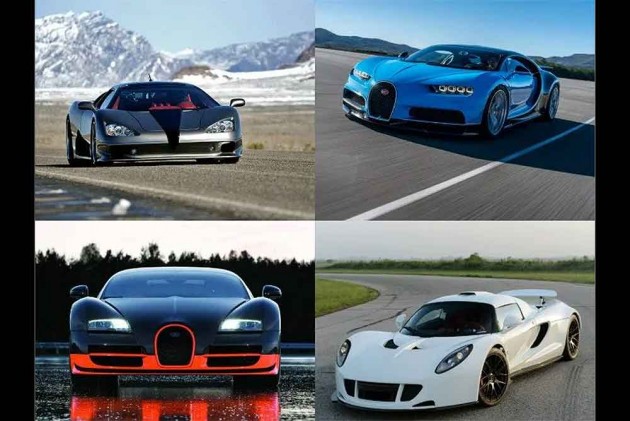 One of the greatest marvels of living in the 21st century is that we live in an era of hypercars. By that we mean car manufacturers constantly making sure that their customers get the bragging rights of owning the fastest car in the world even if they could never come close to those speeds.

During the early 2000s, it was a well known automotive milestone that Bugatti achieved with the Veyron. It was the first production car at the time to cross the 400kmph threshold. However, in today’s pursuit of top speed, that number is almost a formality, as various competitors have demolished this record with more advanced tech. But which one of these speed demons stand out amongst themselves? Here’s a look at the 5 fastest production vehicles from the past as well as the present: 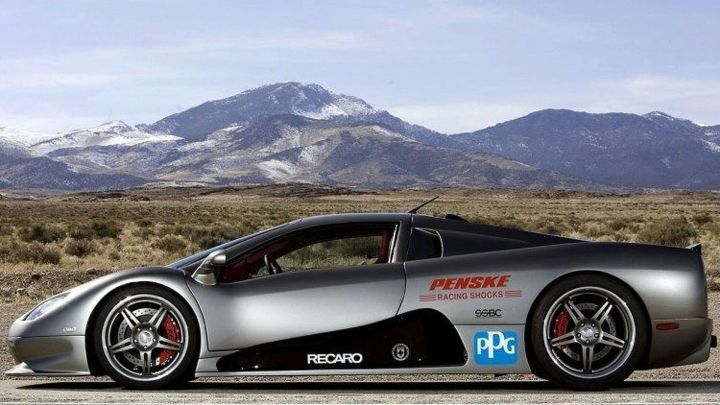 Coming in at no.5, is a special, but not very well known supercar. The SSC Ultimate Aero, also known as Shelby SuperCars (SSC), was the car that finally overthrew the Bugatti Veyron as the fastest production car on September 13, 2007. This beast utilised a 6.3-litre twin-turbocharged V8 that produced 1183PS of power to give a 0-100kmph sprint time of 2.7 seconds and further propelled the supercar to a top speed of 257mph (413kmph). 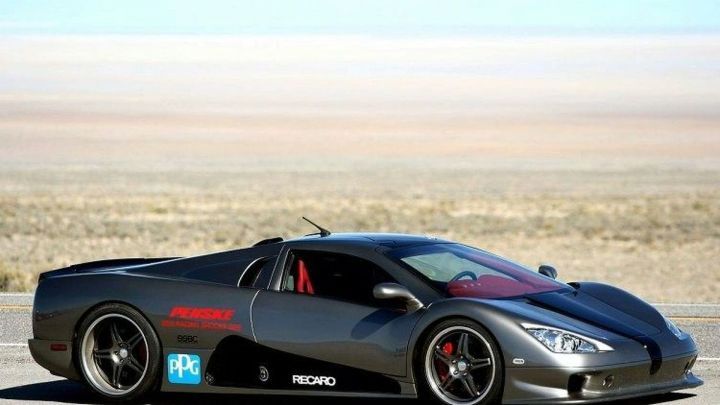 A special highlight of this supercar was that it was designed without any electronic driver aids to help control that power. While the Ultimate Aero did receive some updates in 2009 and 2013, the 2007-spec model remains the only one to have its top speed record run verified by the Guiness World Record. Thus it was a car that was not for the faint hearted. 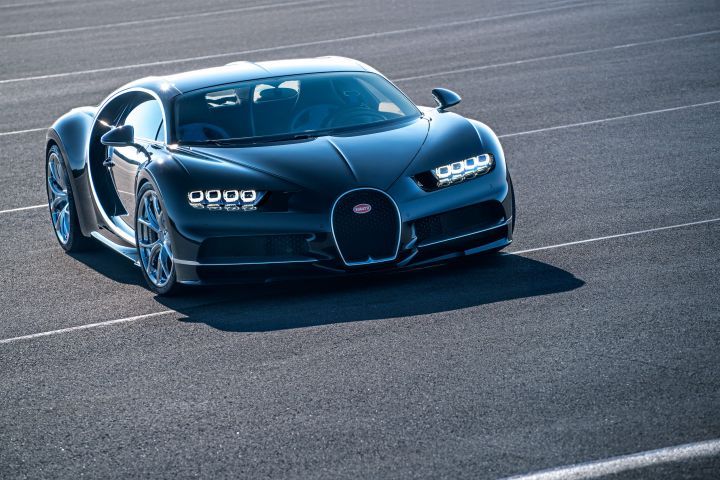 The wait for Bugatti’s successor to the Veyron took a decade, with the Chiron making its debut at the Geneva Motor Show in 2016. It utilised the same massive 8.0-litre W16 engine from the Veyron, but produced a whopping 1,500PS of power. It propelled the hypercar from 0-100kmph in 2.4 seconds and is electronically limited to a top speed of 261mph (420kmph). While Bugatti claims that the Chiron can hit speeds beyond, it had to be limited due to safety reasons as well as not having tires capable of handling the forces at those speeds. Due to these limitations, the Chiron couldn’t even match the Veyron Super Sport. 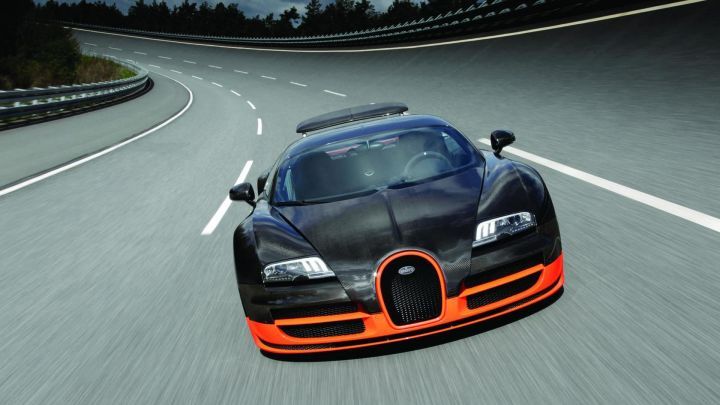 The SSC Ultimate Aero held its top speed record until 2010, when Bugatti snatched back its top spot with the beefier Veyron Super Sport. It was powered by the same 8.0-litre W16 with four turbos as the standard Veyron, but it now produced 1,200PS which is nearly 200PS more than its standard trim. Aside from aero tweaks,  this car was fitted with 10 radiators to prevent overheating at these high speeds. All this power propelled the beast to a top speed of 268mph (431kmph) at Volkswagen's Ehra-Lessien (near Wolfsburg, Germany) high-speed test track. Production of this high performance trim was limited to 30 units and with rising costs, it ended the lifespan of the Veyron at 450 production units in total. 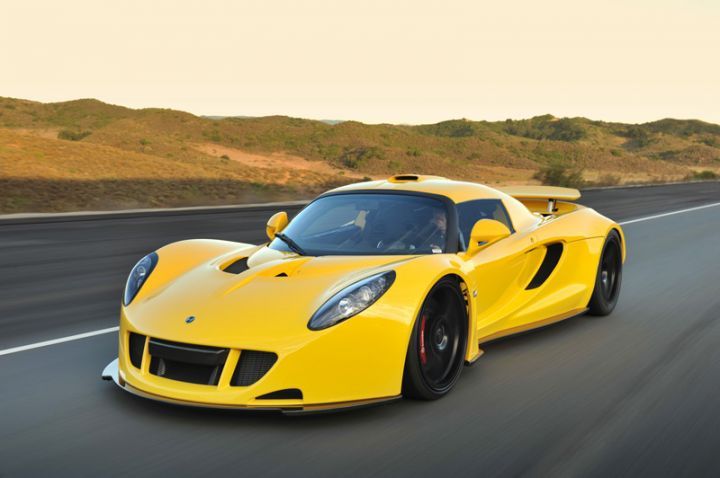 Coming in at no.2 is the Texas-based Hennessey Venom GT. Its design was based off a Lotus Exige and was powered by a 7.0-litre twin-turbo V8 with 1,244PS of power and a 0-100kmph sprint time of 2.8 seconds. While testing in 2014 at the space shuttle runway at the Kennedy Space Center in Florida, USA, the Venom GT knocked the Bugatti Veyron Super Sport off its top spot with a top speed of 270mph ( 435kmph). 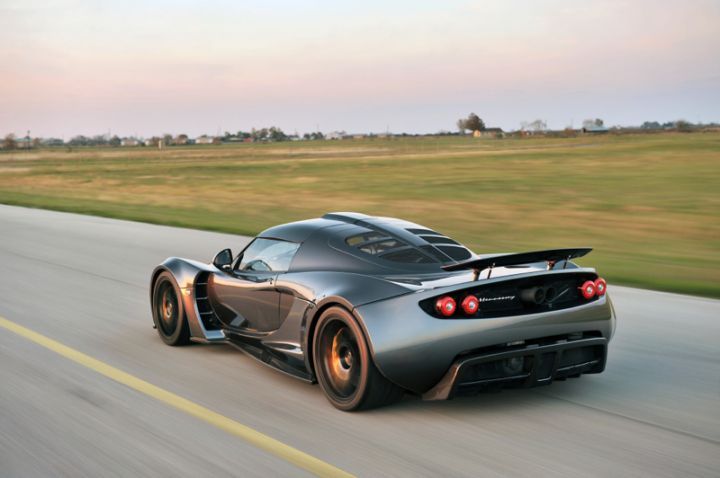 While the Guinness Book of World Records approved the run,  questions were raised on the legality of this record run. Some of them included the fact that most top speed records are taken from an average of two runs in opposite directions (like Koenigsegg did with the Agera RS). Another issue was that the Venom GT is a hand-built, low-production vehicle which left its rivals questioning whether it should be counted among series production cars. 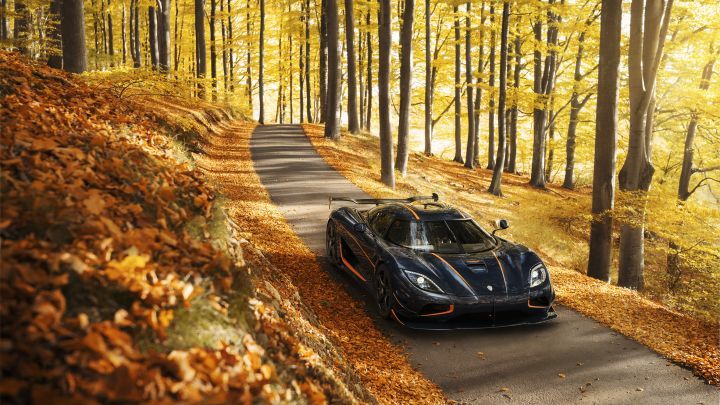 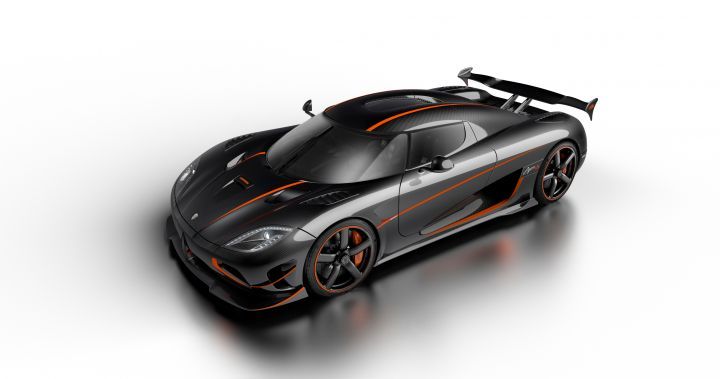 The record run was accomplished by closing a 17.7km section of a public highway between Las Vegas and Pahrump. The Swedish carmaker did two runs in both directions of the section to make it official. The first run gave the Agera RS a top speed of 458 kmph and the other way around, it did 436 kmph. What’s special about this run is that Koenigsegg used a customer vehicle without any modifications to set this record run. 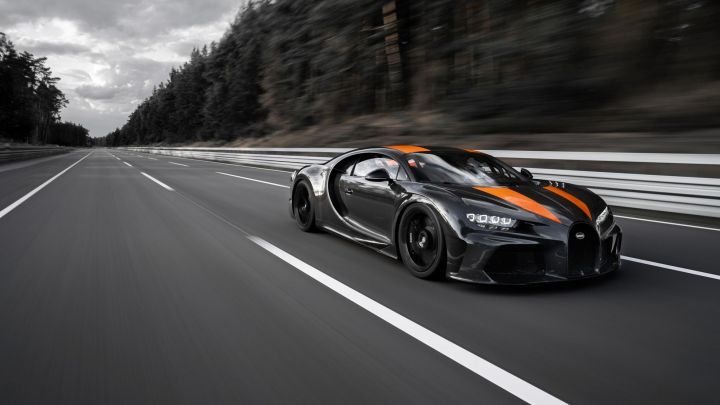 You might be wondering as to why the Chiron has made its way into this list once again,but this is no ordinary Chiron. This purpose-built beast was made in cooperation with Dallara and Michelin with the goal to create a hypercar that can break the 300mph barrier. It is 25cm longer than the current Chiron Sport and gets a long-tail aero concept. The Chiron’s quad-turbo W16 8.0-litre engine now delivers a whopping 1,578PS of power and has recorded a blistering top speed of 304.77mph (490.48kmph) at the Ehra-Lessien in Germany. Aside from an increase in power, the hypercar gets laser ride-height and weight saving measures to cut drag. 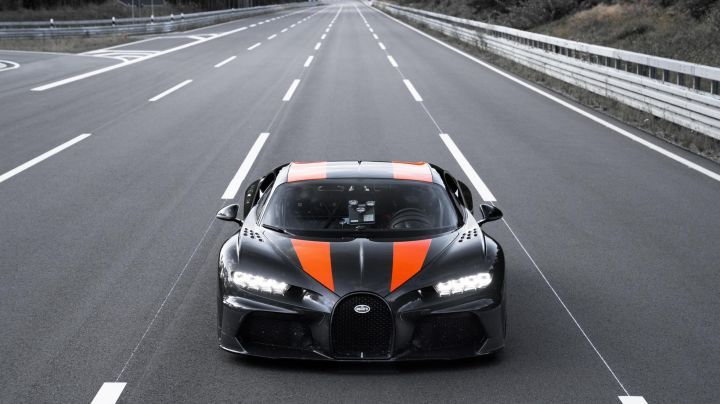 With this record run, it would technically be the fastest hypercar in the world and topping this list, but there are various factors that disqualifies this car from it. One of them, is the fact that it only did a run in one direction, and this model tested is described as a pre-production model, thus unable to be counted as a production vehicle record. Post the creation of this beast, Bugatti also announced its withdrawal from chasing top speed records. In the end, we will never know if this one-off model will ever hit these speeds again even if it does make it into production

The battle between car manufacturers for the fastest production vehicle in the world soldiers on. At this rate of development, could we finally get a hypercar to break through the 500kmph mark? We’ll have to wait and see in anticipation of the next speed demon that may arrive from the likes of Bugatti, Koenigsegg, Hennessy or a new player to join the party.