These bikes offer the most smiles per mile! 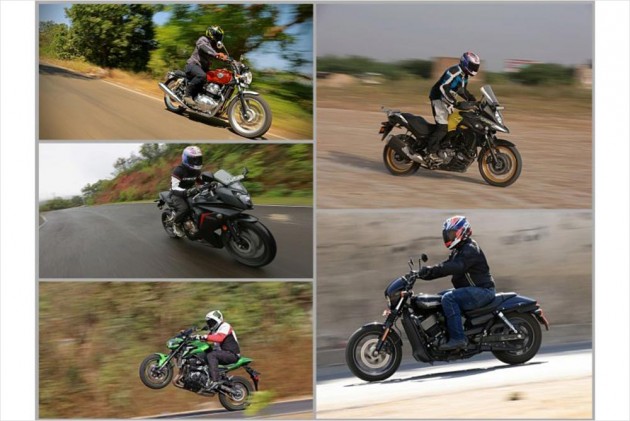 Over the last couple of years, the Indian two-wheeler industry has matured to such an extent that buyers can now choose from a wide range of motorcycles under different price brackets. In fact, most of the motorcycles that are currently on sale in the country offer good value for money while retaining the fun quotient of riding a two-wheeler. We list out the best bikes from different genres under Rs 10 lakh which offer a good balance of looks, performance, safety and everyday usability. 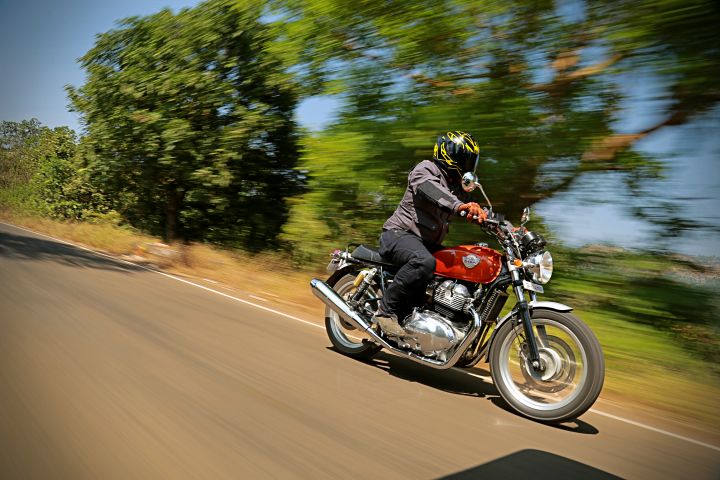 The Interceptor 650 makes it to the list thanks to its comfortable ergonomics and unprecedented refinement for a Royal Enfield. While the simple yet elegant neo-retro styling oozes quality, the 648cc, parallel-twin, air-and-oil-cooled engine is powerful enough to let you ride at triple digit speeds all day long. You also get a 6-speed, gearbox to extract maximum performance out of the engine. However, the icing on the cake is its mouth-watering pricing of just Rs 2.5 lakh (ex-showroom). It has truly given the masses a taste of the big-bike experience at an extremely competitive price! 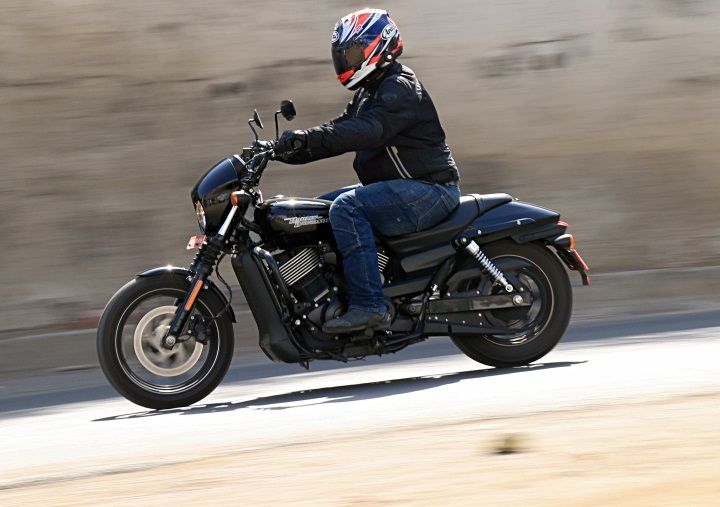 Harley-Davidson is probably the first thing that’d pop in your mind when talking about big, burly American cruisers. Their bikes get the raw torque of V-twin engines and feature a laidback styling that’ll help you munch miles like it’s nobody’s business. The Street 750 is the brand’s entry-level motorcycle, but make no mistake - it’s every bit as capable as its elder cousins! The bike gets a thoroughly modern liquid-cooled engine, which even some of the bigger models from the brand don’t get! There’s also a standard dual-channel ABS for optimum braking performance and safety.

More importantly, this bike, which is priced at Rs 5.31 lakh, is the most affordable way of getting into the huge, passionate Harley-Davidson community. 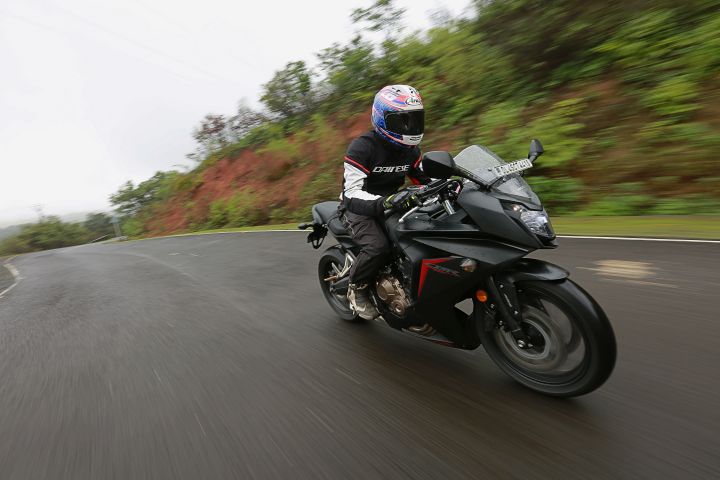 Sports tourers offer the best of both worlds: comfort and supersport performance, and the Honda CBR650F is one the most capable ones in its segment. Being a Honda, the four cylinder, 648.72cc engine is butter-smooth and offers superb performance thanks to its inline-four configuration. The ergonomics are comfortable enough for long-distance riding too.

Priced at Rs 7.37 lakh, it commands a considerable premium. However, the maintenance cost is a lot lower than its competitors, which makes the CBR650F a really good proposition in the long run. 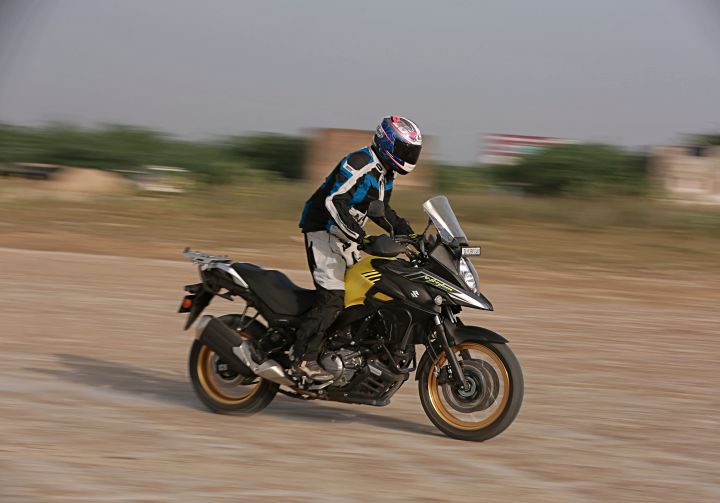 Adventure tourers are ideal for those who’d like to explore the less-trodden path. These bikes have a commendable off-road prowess, and are often fast enough on the tarmac as well. Powering the V-Strom 650 XT is a deceptively-smooth 645cc, liquid-cooled, V-twin engine that generates 71PS of power and 62.3Nm of torque. The motorcycle rolls on large 19-inch front and a smaller 17-inch rear spoke wheels for better off-road prowess. These wheels are specially designed to accommodate tubeless tyres. Priced at Rs 7.46 lakh (ex-Delhi), the V-Strom 650 XT offers very good value for its features and capabilities. 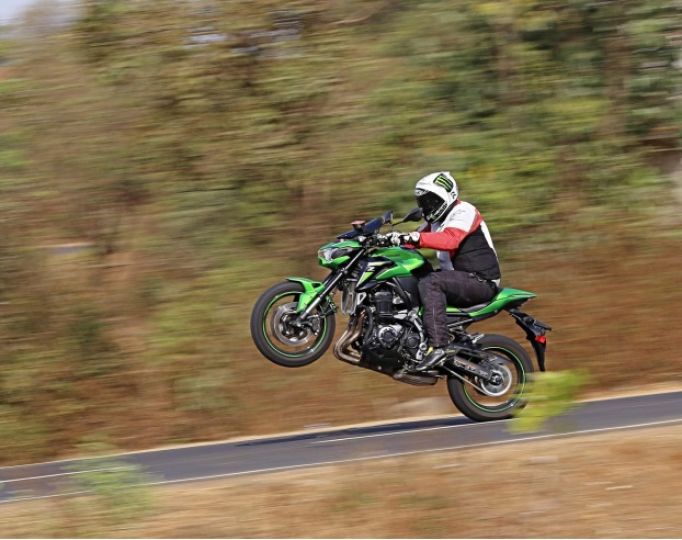 If you are looking for the most bang for your buck (quite literally), the Z900 is the bike for you. With 125PS on tap, the 948cc, inline-four, liquid-cooled engine is sweet-revving and powers the bike to ridiculous speeds in no time. Apart from the standard dual-channel ABS, the motorcycle is devoid of any other electronic aids. Old-school enthusiasts will definitely appreciate the raw interface of man and machine. Being a CKD offering, the Z900 comes with a competitive pricing of Rs 7.68 lakh (ex-showroom).

Irrespective of the kind of motorcycle you have, riding in India is full of uncertainties like unmarked speed breakers, stray animals, and even jaywalkers. Having a good insurance policy is a godsend in case of unexpected or unfortunate events. Moreover, premium motorcycles require special safety measures that can be customised as per the biker’s needs. Reliance offers a variety of bike insurance schemes for premium motorcycles such as the ones mentioned above at an affordable price package. They provide quick and hassle-free settlements, cashless repairs, instant bike insurance quotes and even a long-term policy for up to three years.

Additionally Reliance two-wheeler insurance has a widespread network of 430+ garages across the length and breadth of India. Head to www.reliancegeneral.co.in to know more about the right insurance policy for your prized possession.