Toyota Glanza or Maruti Baleno: Which One To Buy?

With an identical list of features, looks and pricing for most variants, which one of these two hatchbacks makes a stronger case for itself? 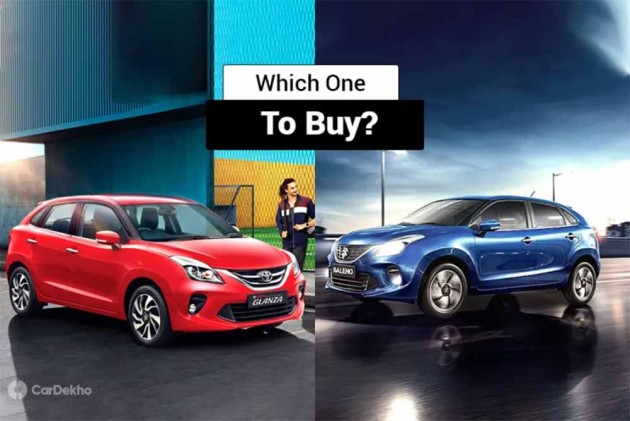 Toyota has launched the Glanza hatchback at an introductory price range of Rs 7.22 lakh to Rs 8.90 lakh (ex-showroom Delhi). While there’s little to talk about the dimensions, exteriors, interiors or even the feature differences, the Glanza and the Baleno do feature some distinction in terms of price and variants. With so many similarities and so little to differentiate the two, it can get a bit confusing. So let’s delve into the details to find out which one you should buy. 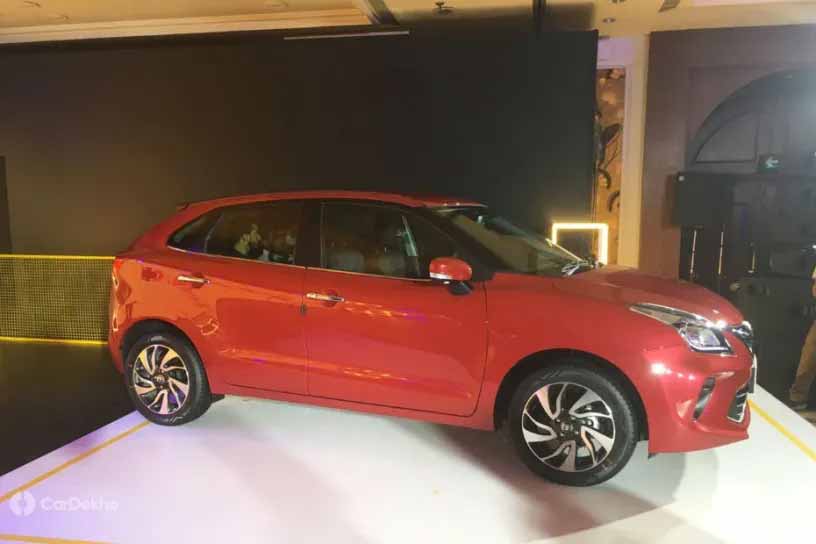 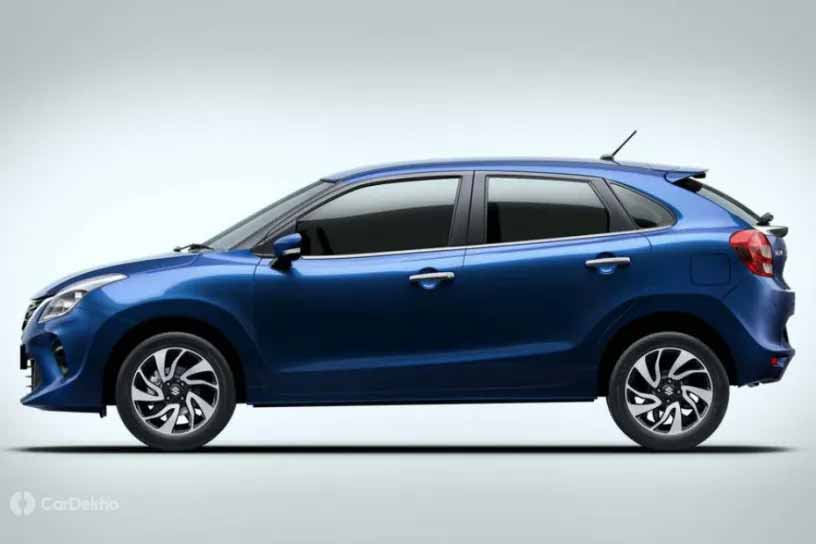 There’s literally nothing that sets the Toyota Glanza apart from the Maruti Baleno except the grille which gets triple chrome slats instead of the blacked out mesh pattern on the Baleno. Of course, both the hatchbacks wear their respective brand’s logo on the grille, while the bonnet, bumper, side profile and alloy wheels designs are unchanged. The rear, though, bears a clearer distinction as the Glanza has a Toyota badge on the centre of the boot lid along with the car’s name on the left corner and variant name on the right. Both the cars feature identical colour options as well.

On the inside, the multi-function steering wheel unit remains unchanged, albeit with their respective brand’s logo. The identical 7-inch touchscreen unit in the Glanza is equipped with Apple CarPlay and Android Auto, making it the first Toyota in India to get the connectivity features.

However, there’s a slight nomenclature update as the infotainment unit is called the Smart Playcast in the Glanza whereas in the Baleno, it’s called the SmartPlay studio. Both the Toyota Glanza and Maruti Baleno come with the telematics services from their respective brands. The Baleno gets Suzuki Connect, whereas the Glanza gets Toyota Connect. 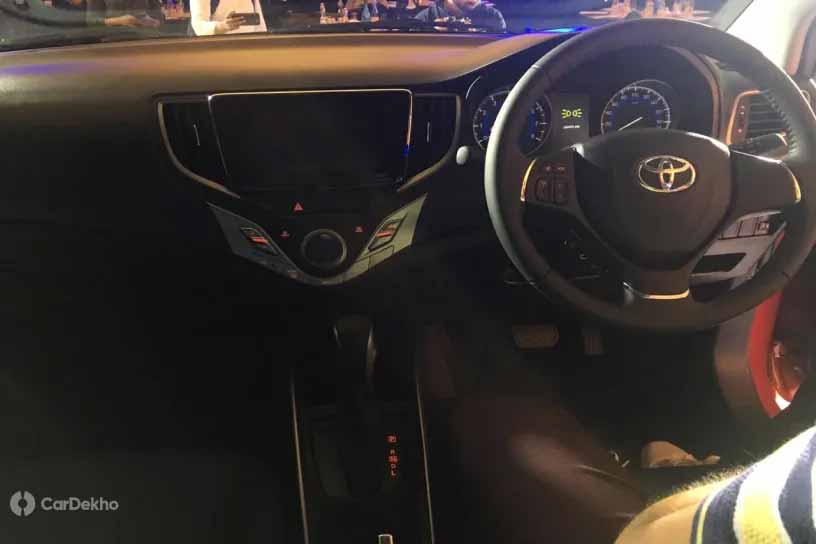 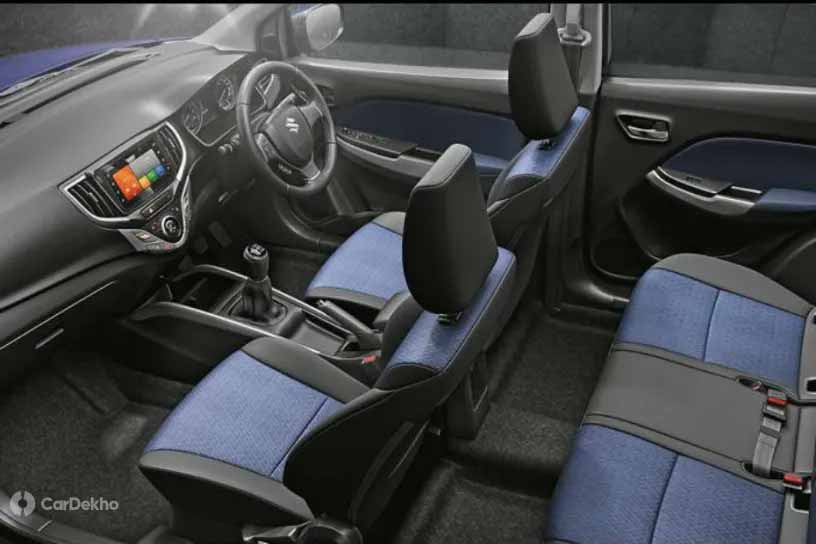 Where the Maruti Baleno is available with a CVT transmission only from the second to base Delta variant onwards, the Glanza gets it with both the G and V variants.

The Baleno comes with a choice of three engine options - a 1.2-litre VVT, a mild-hybrid 1.2 Dual Jet petrol engine as well as the tried-and-tested 1.3 DDiS diesel. The Toyota Glanza borrows both of the Baleno’s petrol engine options, but not the diesel. Both cars come with a 5-speed manual as standard, but a CVT is also on offer, although only with the 1.2-litre VVT petrol. Here’s a quick glance at the engine specifications. 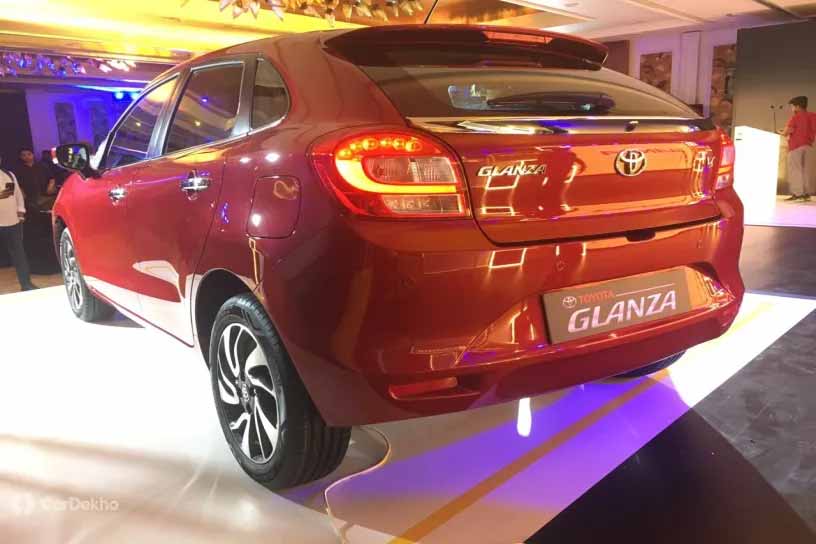 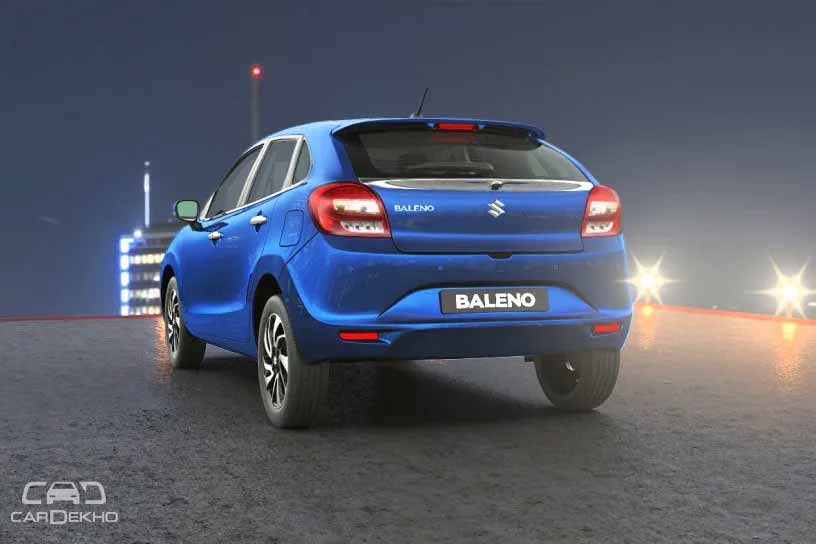 Which One Should You Buy?

First, let’s take a look at the ex-showroom Delhi pricing of the Toyota Glanza and Maruti Baleno’s corresponding petrol variants.

In a variant-by-variant value comparison, it’s the Glanza that makes better sense. While all of the Glanza variants are priced exactly the same, its petrol mild-hybrid G variant is a whole Rs 65,000 cheaper than the corresponding Baleno variant, making it a clear winner. However, bear in mind that the Glanza’s pricing is introductory. So if you plan to purchase your car immediately, the Glanza would definitely be a much better value proposition right now than in the future, when its prices go up.

Another factor in favour of the Glanza is its 3 year/1 lakh km warranty compared to the 2 years/40,000km warranty for the Maruti Baleno. For additional peace of mind, Baleno buyers can get a total 5year/1 lakh km warranty, while Toyota will let you extend it to the same five years, but with 2.20 lakh km. Additionally, Toyota also offers a free three-year RSA (roadside assistance) facility with Glanza. All these additional after sales services and more affordable pricing makes the Toyota Glanza a better pick in our books.