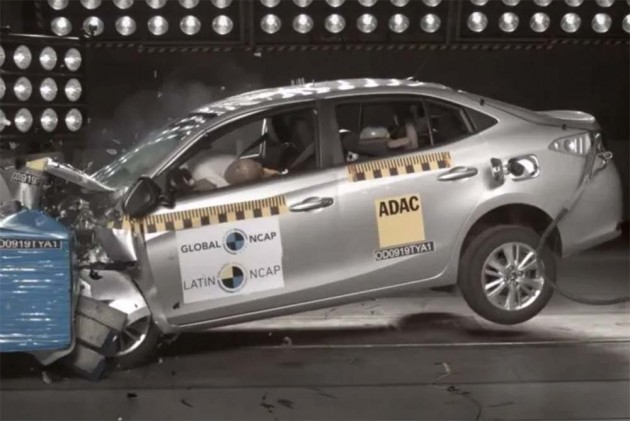 Toyota’s answer to the Honda City, Hyundai Verna and the Maruti Suzuki Ciaz, the Yaris, has scored a 4-star safety rating in Latin NCAP crash tests. The car that was tested was a Brazil-spec model with fewer safety features than the one sold in India. While the India-spec Yaris gets seven airbags and ABS as standard on all variants, the Brazilian model only gets dual airbags and electronic stability control (ESC) as standard. 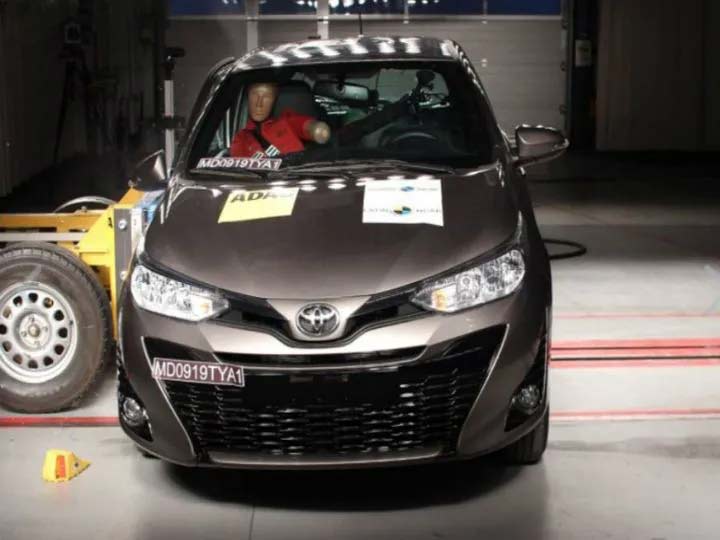 The Yaris’ structure was deemed unstable but the impressive protection for frontal and side impacts helped it achieve a 4-star rating. The driver’s chest had marginal protection where as the passenger’s chest had good protection. And because the structure was deemed as unsafe, the frontal occupants’ knees showed marginal and adequate protection thanks to dangerous structures behind the dashboard. It must be noted that the India-spec Yaris gets a knee airbag as standard on all variants. The Yaris also scored four stars in the child occupant test with a child seat facing rearwards, which is in line with global recommendations. The lack of ISOFIX anchorages and a passenger airbag deactivation switch are also one of the key contributors for losing a star in child occupant safety. 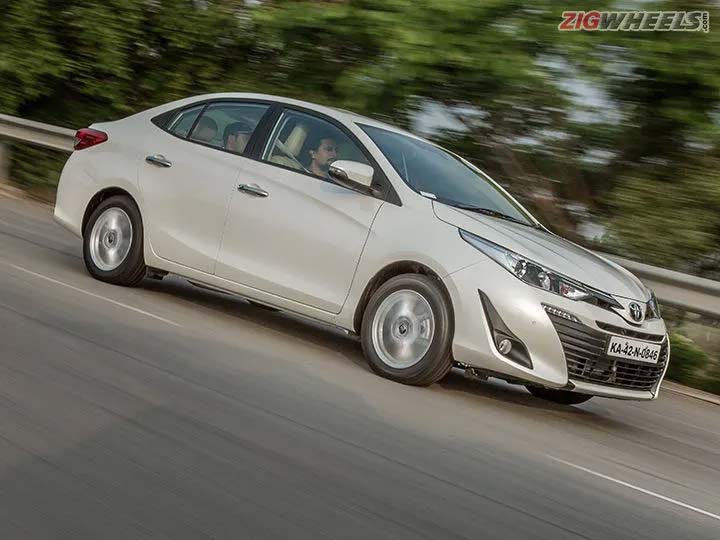 Alejandro Furas, the secretary general of Latin NCAP, said, “Toyota’s decision to be the first car maker in the region to recommend rearward facing for the 3 year old child occupant, since 2015 in most of Latin NCAP tests, shows the relevance that the manufacturer gives to child occupant protection. At the same time, it sets a beacon for other car makers to follow in terms of children’s safety”. 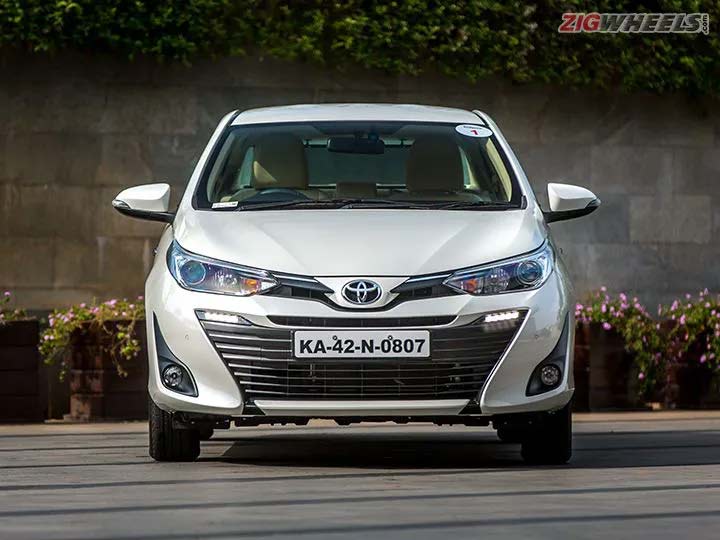 Starting October 2019, all cars sold in India need to conform with new crash test and safety norms laid by the government. From October 2019 all new cars in India need to have a driver's airbag, ABS, driver and co-driver seatbelt warning, an over-speed alert system and rear parking sensors as standard. Cars also need to have crash test compliance when the norms kick in where all new cars need to be tested for full-frontal impact at 48kmph, offset-frontal impact with fixed deformable barrier at 56kmph and side impact with a mobile deformable barrier at 50kmph.