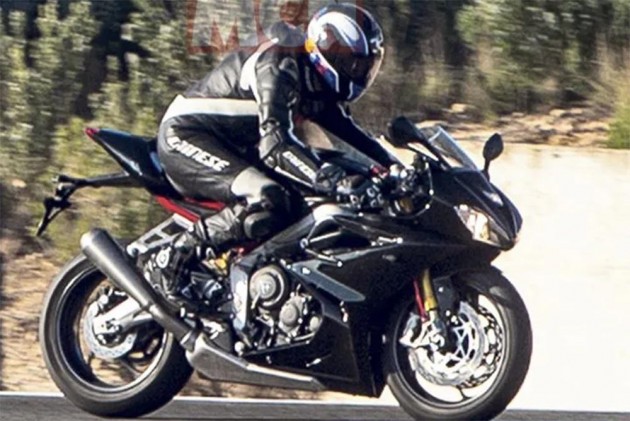 When most international journos got their first taste of Triumph’s Moto2 test mule, they were left salivating for more. Triumph had then stated that the Daytona was not under development and if there would be a demand then they would obviously do it. Since the bike has been spotted now, we believe Triumph has understood its demand. Thank you, Triumph.

Let's start with the stuff we already knew. The chassis and swingarm by the looks of it are untouched. The rear sub-frame, while sporting the same red colour as the R version from earlier,  does not have provision for pillion riders. That plus the lack of pillion foot-rests suggests that this will not be the base version. Even the styling remains fairly identical to the Daytona 675. We expect small revisions just like Triumph did with the Street Triples. 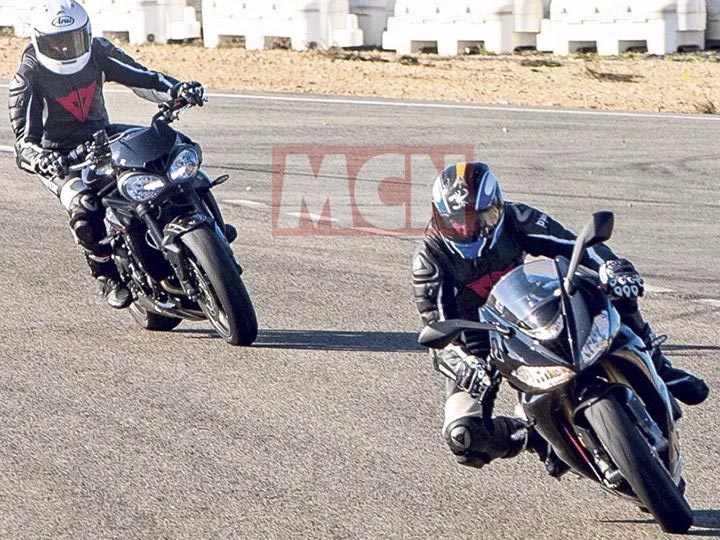 Plus, it has got the brilliant 765cc inline triple motor that we loved so dearly on the Triumph Street Triple RS. On the Triple RS, the same motor makes 123PS and 77Nm. Hopefully, it appears in the same if not an even racier state of tune. We are sure that Triumph will tinker a bit with the mechanicals of the motor to suit supersport characteristics. The Moto2 learnings (where this same motor with revised mechanicals makes a whopping 138 horses!) will also come in extremely handy.

Interestingly, the exhaust looks quite different from what we have seen on any version of the Street Triple. The end can is slimmer and longer, with even the catalytic converter unit seemingly larger. There might be two reasons for this design change: It could have been done to keep the cat con dimensions slim. Another plausible explanation could be that it will meet Euro-V emission norms. 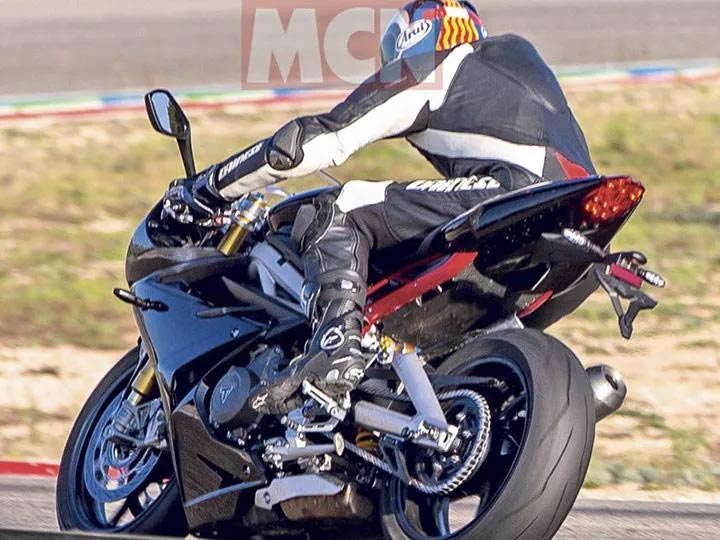 Triumph has been championing the use of rider aids and we hope that the Daytona will take the game up a couple of notches. Looking at the ‘joystick’ controller on the clip-ons, we can deduce that the Daytona 765 too will be getting the same colour-TFT display like the Street Triple R/RS. The Triple RS got five rider modes -- Rain, Road, Sport, Track and Rider -- the last allowing the rider to tune each riding parameter to his liking. We expect that these would be complemented with a six-axis inertial measurement unit (IMU), which would give it the added safety net of cornering ABS. Quickshifter would be a given but perhaps one with an autoblipper too? Getting greedy, are we? 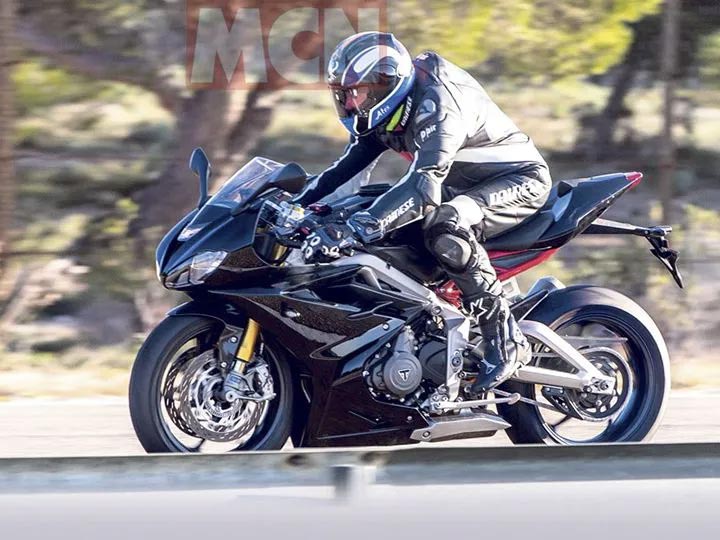 Top-spec Ohlins units can be seen at either ends. The front end could be the Swedes’ fully-adjustable NIX30 USDs while the rear seems to be the TTX monoshock with a piggyback reservoir. The latter was used on the Daytona 675R, with full adjustability of course. No semi-electronic trickery here. Brembo’s Stylema callipers are also seen chomping down on the front rotors. 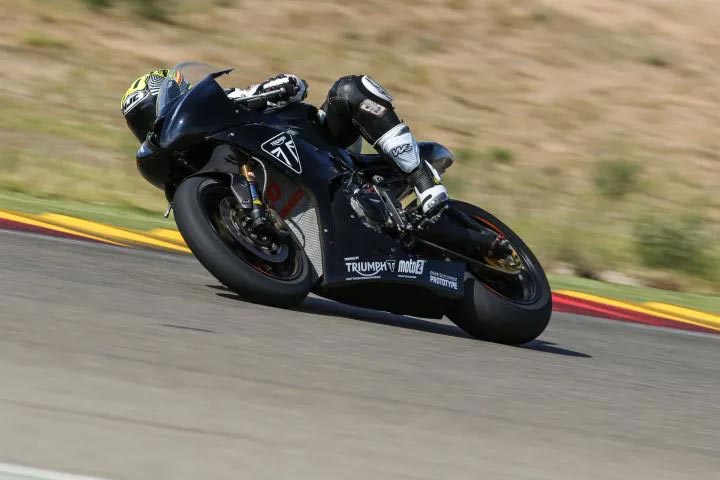 Triumph’s Moto2 engine will make its racing debut on 10 March in Qatar. While we should not be getting ahead of ourselves, we could expect the Daytona 765 to break cover at EICMA 2019. They should be out on our roads by 2020. Time to build a large piggy bank.