TVS attempted to set a record by organising a 6-hour-long non-stop stunt show. We stuck around for the journey 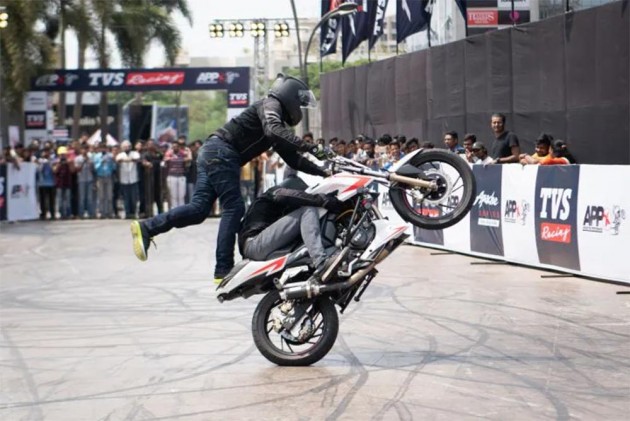 I have a confession to make. I’ve never been a big fan of motorcycle stunts for one simple reason: I am terrified of a crash. I can’t even pop a wheelie for a few seconds, let alone putting up an elaborate performance in front of a crowd. 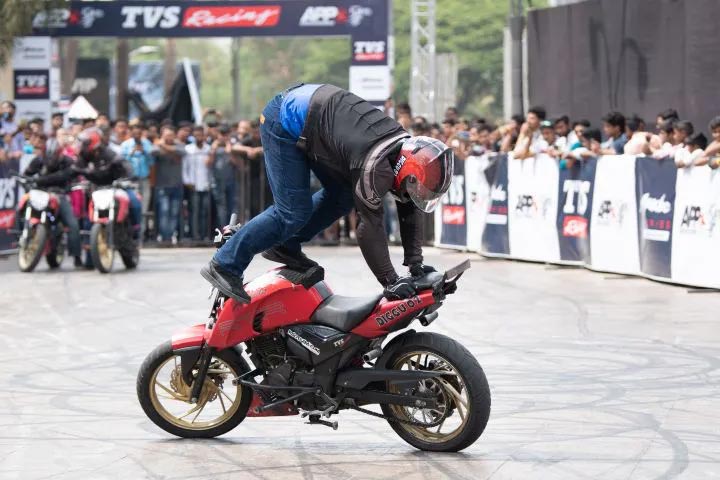 So imagine my surprise when TVS decided to get into the Asia Book of Records by organising a non-stop stunt show for 6 hours straight. Yes, you read that right. A total of five teams performed eyebrow-raising acrobatics on moving Apache RTR 200 4Vs in front of 25,000 people yesterday in Pune! 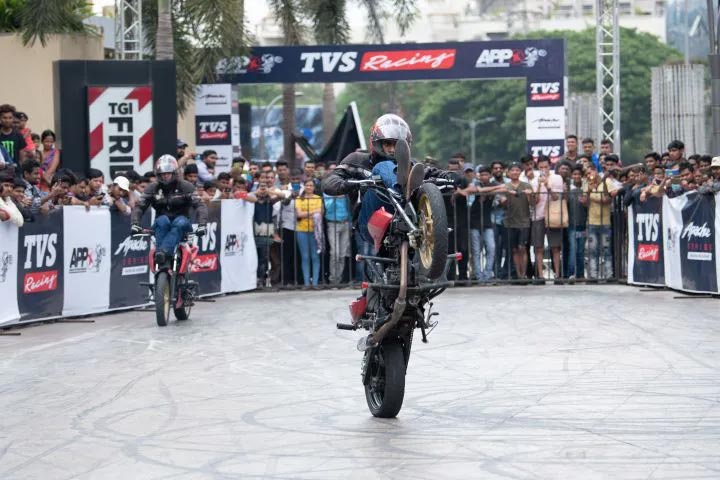 While all this was happening, I was on the sidelines observing all the action and simultaneously melting in Pune’s humidity. I can only imagine what the riders were going through at this point, in full leather jackets, jumping around their bikes, pulling off crazy stunts on their motorcycles which surely must’ve required incredible amounts of physical ability, bike control and stamina. 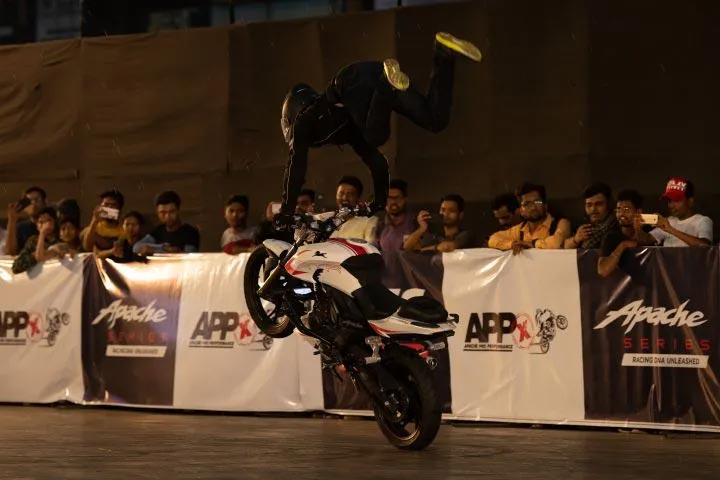 Now, I have to admit my knowledge of what each of the stunts are called is almost non-existent. But different moves like Jesus Christ pose, pillion thrill ride, 360-degree stoppie, synchronized flower burnout, suicide burnout, and a mega bike burnout were some of the highlights. 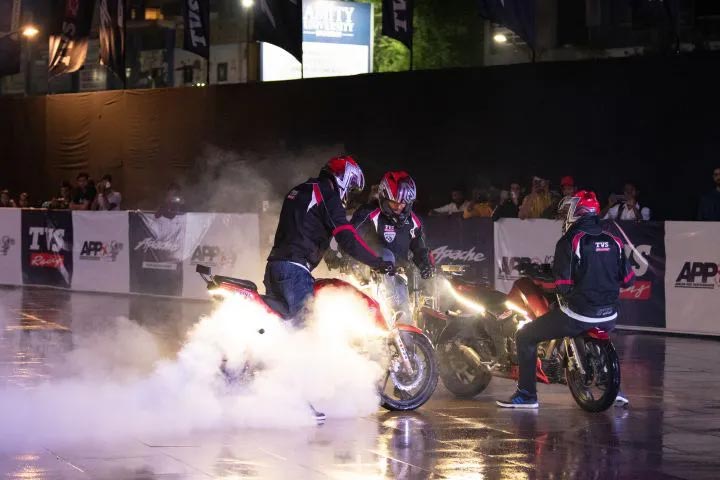 But as luck would have it, it started pouring heavily with just less than 2 hours to go on the clock. That’s when I decided to pack my bags and head home. There’s no way the record will be broken today, or so I thought. So, imagine my surprise when the folks at TVS decided to continue and finish the challenge, amidst heavy rainfall. 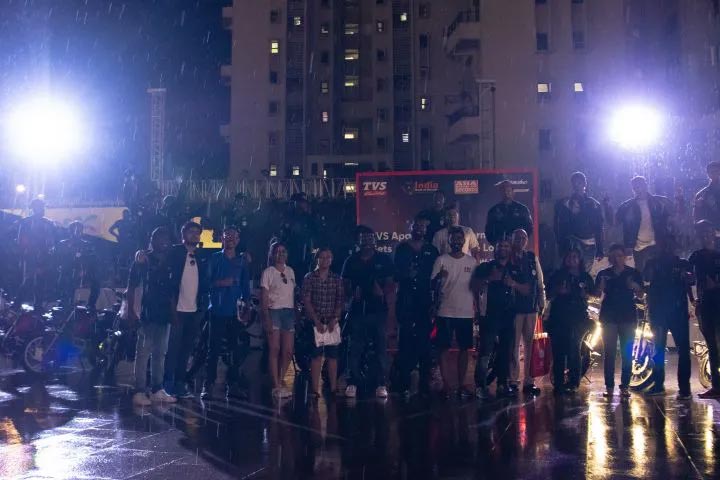 With the clock reading 8 o’ clock, the record was finally broken. What’s even crazier is, it was TVS themselves who had set the previous record of 5 hours in Chennai back in 2017. Now, after all this, am I less terrified of motorcycle stunts? No. Have I gained newfound respect towards those who do it? Heck yes.