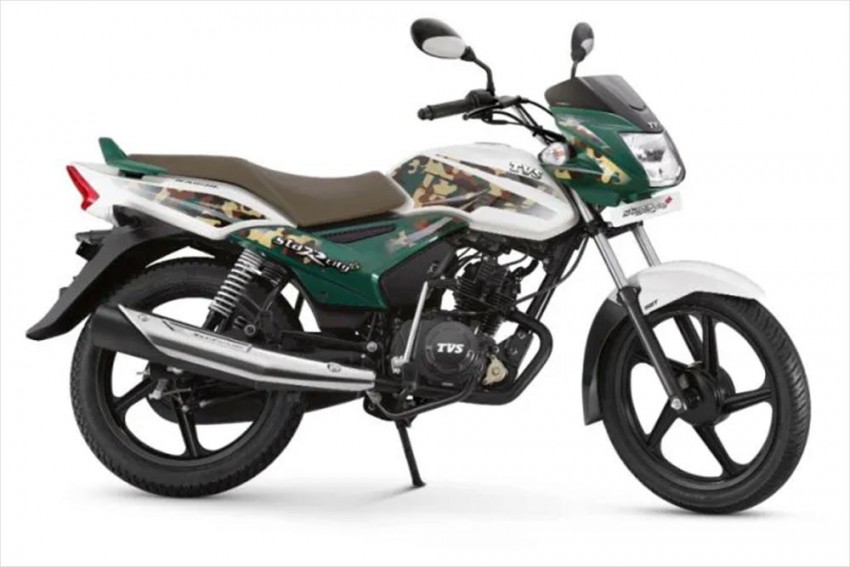 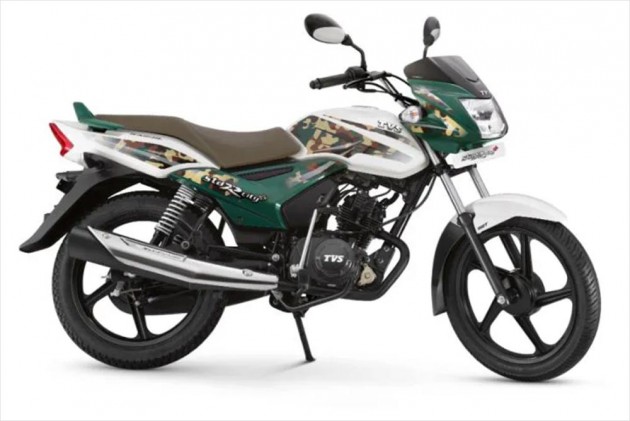 TVS has launched a special variant of the Star City+. Named the Kargil Edition, it pays tribute to the soldiers serving in Kargil. This edition gets a special camouflage sticker job and an emblem at the back of the bike. It is available in 3 colours: white, green and blue. Other than that there are no mechanical or chassis updates to the bike.

It continues to be powered by a 109.7cc, single-cylinder motor that makes 8.4PS at 7000rpm and 8.7Nm of torque at 5000rpm, and is mated to a four-speed gearbox. The bike comes with a single cradle frame and gets telescopic front forks up front and twin rear shock absorbers. Braking is via a 130mm front and 110mm rear drum with Sync Braking Technology.

The Star City+ ‘Kargil Edition’ is priced at Rs 54,399 (ex-showroom Delhi), which is the same as the Star City+ Dual Tone Color with SBT Variant.

Hosur, February 13, 2019: TVS Motor Company, a reputed manufacturer of two-wheelers and three-wheelers, today launched the “Kargil edition” of TVS StaR City+. The rollout of this edition is a tribute to the spirit and attitude of a soldier, which resides in every Indian.

The “Kargil edition” gets its design inspiration from snow peaks, rough terrains and disciplined lives of the soldiers who protect the nation day and night. The white and green dual tone colour scheme with camouflage graphics is unique and first-of-its-kind. The “Kargil emblem” on the back of the bike connotes the indomitable spirit of every Indian, who will own this vehicle.

The motorcycle features new decals, which are a combination of the 3 colours, Naval white, Soldier green and Flying blue.

In the year 2018, TVS StaR City+ undertook an initiative - ‘Kargil Calling - Ride for the Real Stars’ to celebrate the contribution of the Indian Defence Forces on Kargil Vijay Diwas (July 2018) across 3500 touch points of TVS Motor Company. The brand also designed a special Kargil themed TVS StaR City+ to lead the rally in 5 key markets.

The campaign witnessed massive response for the cause with significant interest for the special bike across the social media channels and dealerships. Therefore, the brand is launching a “Kargil edition” themed limited-edition bike for their esteemed customers. As is the case with soldiers, the customers too battle a plethora of odds in their daily lives with courage, character and determination. The “Kargil edition” salutes the spirit of ‘The soldier in You’.