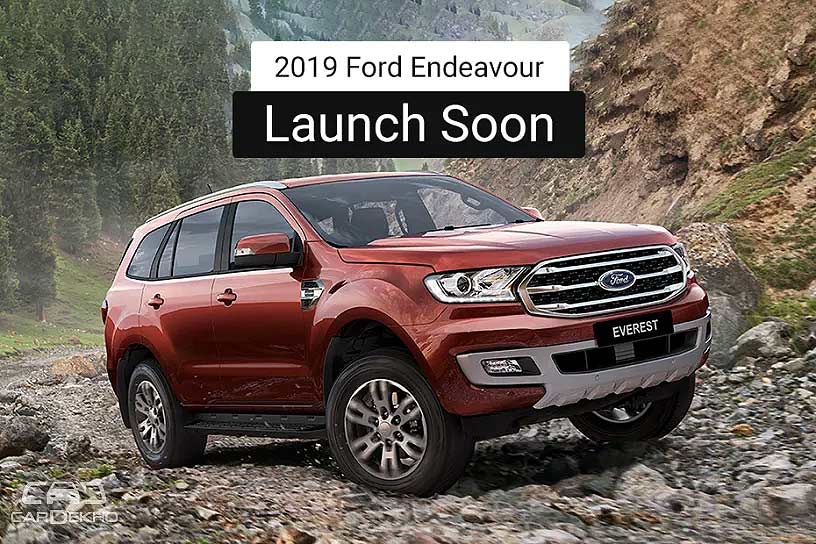 Ford is likely to launch the Endeavour facelift in India by March 2019. The refreshed Endeavour, which went on sale in Thailand in July 2018, features subtle aesthetic updates, including a revised front grille, headlamps, fog lamp surrounds and new alloy wheels.

The India-spec 2019 Endeavour is expected to be better equipped than the outgoing model. We expect it to feature Ford’s SYNC 3 infotainment system as well as push-button start. While the Thai-spec SUV comes with advanced safety systems like autonomous emergency braking (AEB) and pedestrian and vehicle detection, they are unlikely to be offered in India due to certain regulations that prevent the use of radar-based safety devices on cars sold in the country. Mechanically, the 2019 Endeavour is expected to remain unchanged. It will continue to be offered with the 3.2-litre and 2.2-litre diesel engine. While the 2.2-litre unit produces 160PS of power and 385Nm of peak torque, the 3.2-litre unit churns out 200PS and 470Nm. Both engines are mated to a 6-speed automatic transmission. Currently, only the 3.2-litre variant gets four-wheel-drive.

Ford could offer its new 2.0-litre EcoBlue diesel engine in India as well. However, we think the carmaker might reserve this engine until BSVI norms kick in from 1 April, 2020. The Thai-spec Endeavour equipped with the EcoBlue engine is offered in two states of tune - 182PS/420Nm and 215PS/500Nm - and comes mated to a 10-speed automatic gearbox.

The 2019 Endeavour is expected to be priced in the same range as the current model. Priced between Rs 26.83 lakh and Rs 33.31 lakh (ex-showroom Delhi), the Endeavour competes with the likes of the Toyota Fortuner, Isuzu mu-X and the Mahindra Alturas G4. It also goes up against monocoque SUVs like the Honda CR-V and the Skoda Kodiaq.