From the launch of special world cup edition VW cars to MG announcing booking timeline for the Hector, here is all the top news of the automobile world from last week 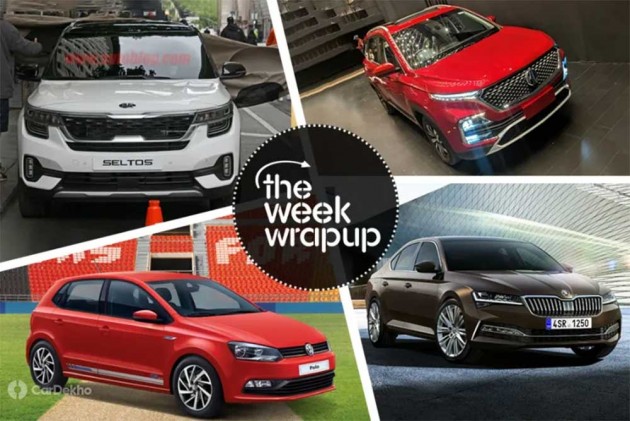 Superb Facelift Coming Next Year: Having revealed the update of its flagship sedan, Skoda plans to launch the Superb facelift in India by the middle of next year. This updated Superb also gets a plug-in hybrid variant for the first time ever. Read more about it here.

Hector Bookings To Open Soon: MG’s upcoming SUV, the Hector has created quite a buzz in the country and finally the carmaker is going to start accepting bookings for it. The launch of the SUV is expected to follow soon after the bookings are opened. Read more about it here.

Toyota Glanza Expected Prices: The Glanza will soon be launched in the country and we make an educated guess about how much its variants could cost. Find out what our guess is, here.

What happened during the start of the week: Global NCAP tested the Honda Amaze while Volkswagen launched special world cup edition variants of the Polo, Ameo and Vento. Read more about it in our mid-week wrap-up here.